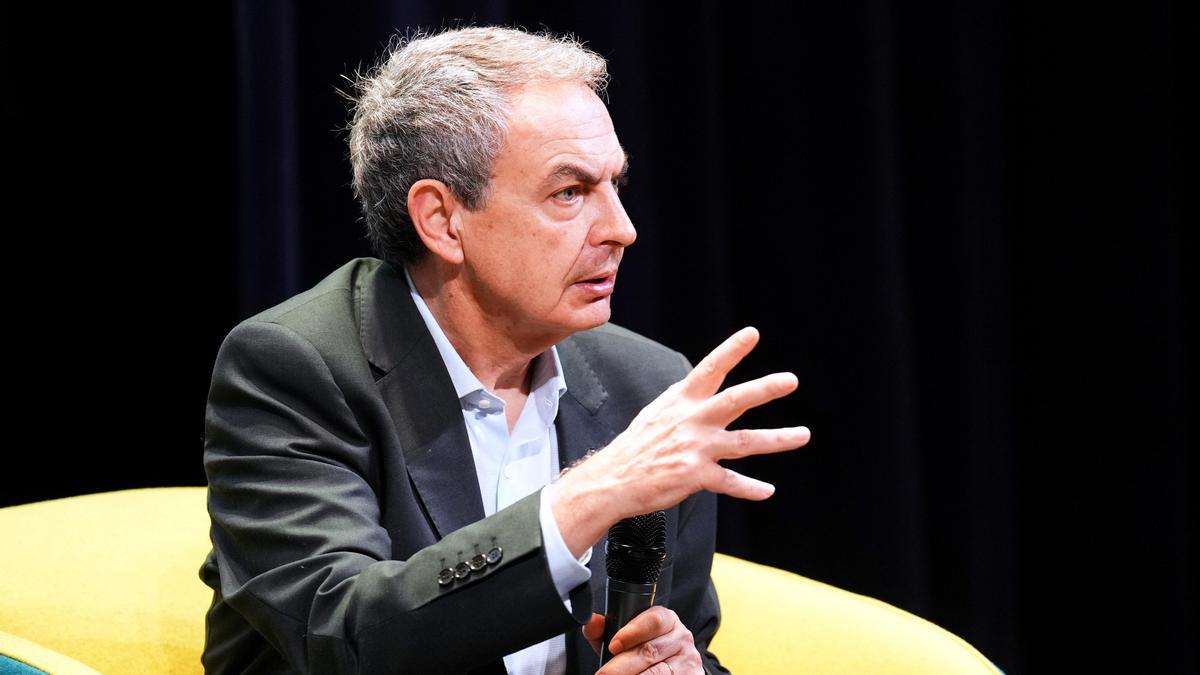 Table Of Contents hide
1. Principle of coexistence between Morocco and the Sahara
1.1. Like this:


The former Prime Minister José Luis Rodríguez Zapatero considered this Friday that Morocco’s proposal for the Sahara to become an autonomous region of its territory is “a good way to negotiate” and described the position of the head of the Executive Pedro Sánchez for supporting her.

Zapatero has recalled that already in 2007, when he received the autonomy proposal, being President of the Government, seemed like a good starting point for negotiations, as he has stated to journalists on the occasion of his speech at the closing of the “Conference for Peace and Security in Western Sahara” convened by the Saharawi Movement for Peace in Las Palmas de Gran Canaria.

Rodríguez Zapatero has maintained thate a peace agreement is needed not only for the Sahara but also for the Maghreb, and that a “historic change” is necessary in North Africa, above all, due to the current global geopolitical moment, and he pointed out that experience shows that after 50 years of conflict, as is the case, ” begins to glimpse the possibility of a way out.

He has also noted “that we cannot remain undaunted in an era of very serious conflicts that are taking place” and for this reason he has valued the celebration of this conference, for understanding that it is “essential” that there be initiatives for peace.

Principle of coexistence between Morocco and the Sahara

in his opinionthe solution to the problem between Morocco and the Sahara must be considered from the beginning of coexistence, and he has argued that the best political agreements in history have been the result of shared renunciation and recognition, not of the denial of the other. “Political maps in history are changing and difficult, much more so those resulting from post-colonial processes; it is known for sure that understanding is the solution,” he added.

Has said that in 2007 he supported autonomy for the Sahara, but “communication and emotions prevent us from remembering the past, it’s in the newspaper archives”, and that it is an intermediate solution because “it is not a rupture or cession”, and that the position adopted by Pedro is “brave and correct” Sanchez.

As for the opinions that are contrary to this solution that has been called the third way, he has indicated that “it does not disqualify” those who oppose it, while recalling that his government was “the one that gave the most help to the people Saharawi for cooperation”. “I have maintained the same position for a long time: the path of a great self-government for the Sahara is the most solid for the future and what is best for the population, and it is my free opinion”Zapatero has stressed, who has argued that the political solution is to walk for an agreement that has the backing of the United Nations.

In any case, he has stated that it is the United Nations that has to “overturn all political authority” for the resolution of this conflict and that “we must all help in whatever it asks of us.” At the table of this dispute there are several proposals, the autonomy advocated by Morocco and the defense of the right to self-determination by the Polisario Front, but that is what the United Nations is for, and even more so at this time when more serious conflicts are taking place, “let’s strengthen the authority of the United Nations,” he concluded.

The President of the Committee on Civil Liberties of the European Parliament, the socialist MEP Juan Fernando López Aguilar, who has also spoken at the conference, It has also defended a solution to the conflict in the Sahara that passes through the agreement of both parties and that is subsequently submitted to the consultation of the Saharawi people.

López Aguilar has maintained that the position of the Government of Spain is compatible with that of the European Union and respectful of international legality, in the face of criticism received for Pedro Sánchez’s support for Morocco’s autonomy proposal, which, moreover, has done so in the same terms as the United Nations resolutions since 2007, he added.

For the socialist MEP, this contentious “hides a human pain” for 50 years and for this reason it is worth participating in this conference, to find a solution; “It lasts too long and there are many of us who think that any mutually accepted solution by compromise will be better than another fifty years of pain”.

As for the criticism received for his speech, he has made clear his respect for the Polisario Front, but has expressed his “indignation” at some accusations made by political representatives from the Canary Islands, “disqualifying the conference and those who participate”, by which they have come to consider “agents paid by Morocco”.

For López Aguilar, this type of disqualification is “intolerable and a textbook example of what is being fought in the EU as ‘fake news’ and intoxications”.

According to the MEP, not only supposes “disinformation, but malicious intoxication”, since they lie as if “it were gratuitous and unpunished”, for which he also recalled that the EU is adopting measures to combat disinformation.