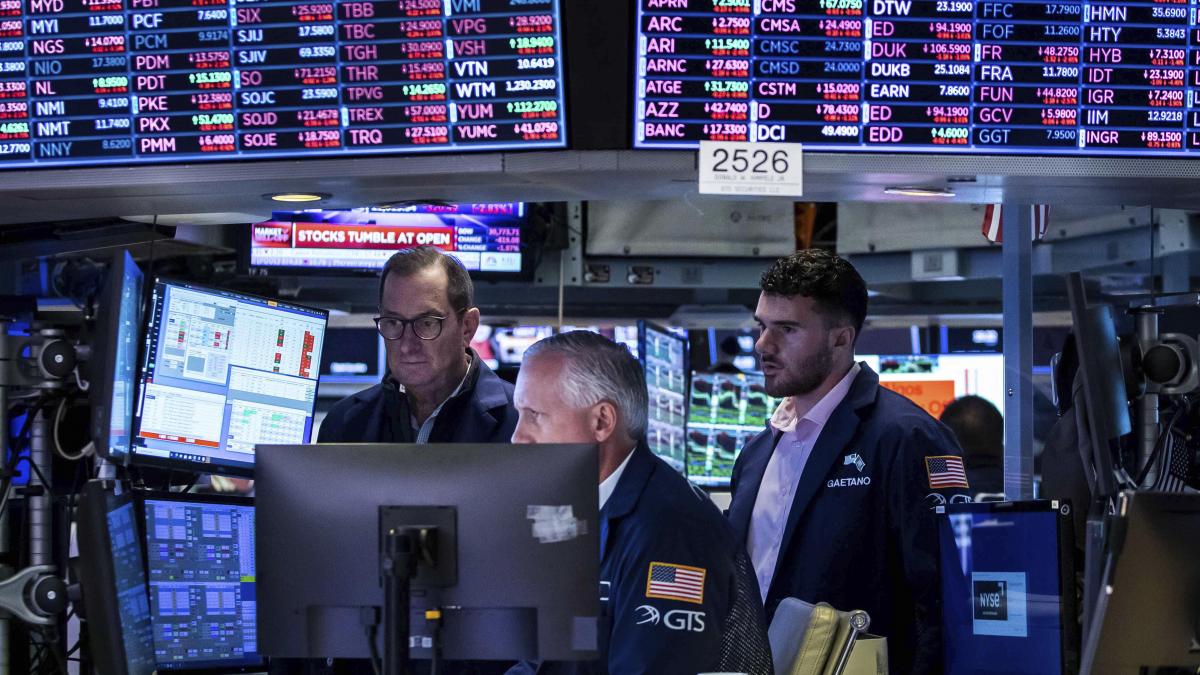 World stock markets have turned from green to dark red this morning, in the face of a realization that a set of economic data and political uncertainties paint a gloomy picture. Ibex 35 fell more than 3% by mid-morning, although it later softened the decline slightly to just over 2.5%. Across Europe, the biggest falls came from the Austrian, Russian and Milan stock markets, all up 3%.

In the case of Ibex, the most severe red numbers correspond to Grifols, BBVA, Solaria, Rovi, Acerinox and Santander. But virtually no one is spared from harm. And the same happens in the rest of the European classes. “There is no catalyst, but the market has accelerated from what was already there – above all, the fear of recession due to rate hikes – and we are seeing a kind of capitulation,” says Kai Torella of Gesinter.

The euro has fallen below $0.98 this morning. The Federal Reserve is accelerating the process of raising rates to deal with the problem of rapidly rising inflation. And the markets have finally started to correct course.

Added to all of the above is geopolitical uncertainty. Russia’s war in Ukraine, along with the threat of a new escalation, raises fears that the worst energy scenario for this winter could materialize. And then there is Italy, the third largest economy in the eurozone, which adds a complex political landscape to its powerful economic and fiscal imbalances. The election this Sunday could give strength to the extreme right.