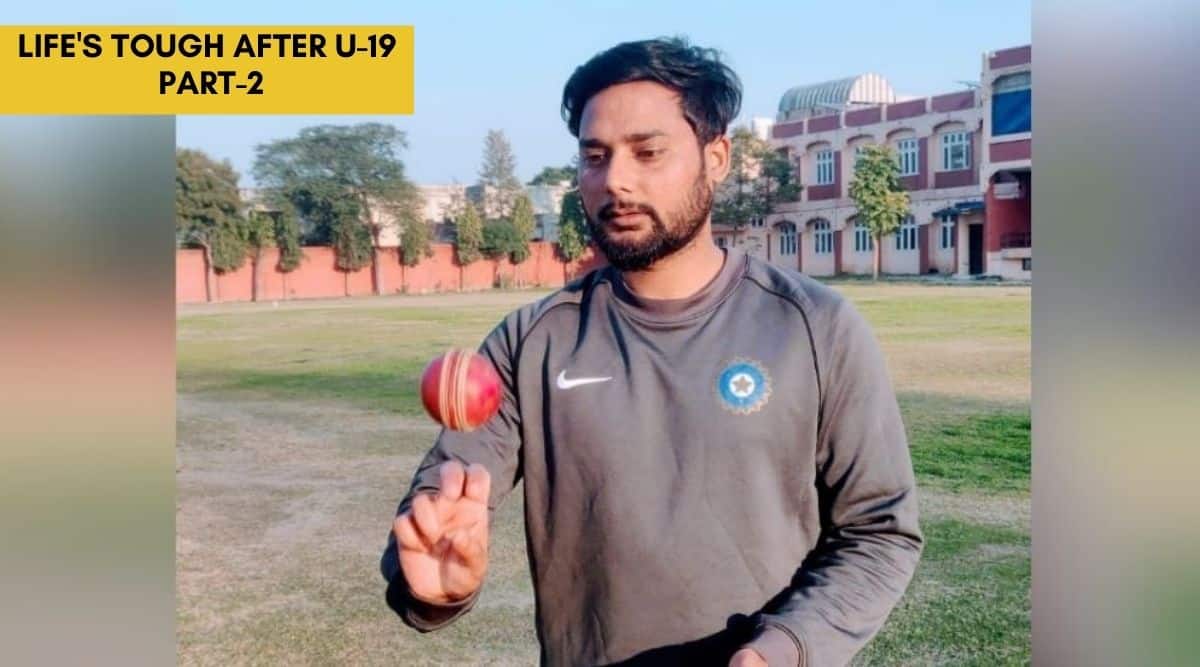 PART 2: A day after India beat Ireland in the U-19 World Cup on January 19, the phone of a former junior cricketer from India began to ring. The cricketer was Kamal Passi, part of the 2012 champion team. When Kamal Passi returned home from his morning practice session at the Goregaon Sports Club in Mumbai, there were at least 50 missed calls and more than 100 WhatsApp messages from numbers strangers asking for his whereabouts.

In the evening, when he returned to his club for training, his fellow cricketers began to congratulate him; many of them were puzzled by the fact that Kamal Passi is a U-19 World Cup winner. Confused by the surprised adulation, Passi asked one of his teammates why he was making such a fuss.

“He explained to me that they had shown the highlights of my 6/23 against Zimbabwe during the Ireland game, and commentator Alan Wilkins had asked me about my whereabouts, what I was doing and why I hadn’t played enough top-class cricket. Passi said the indian express.

“When I went through all those messages that night, most of them were from journalists asking for interviews. Few were of my former Punjab and Services teammates. They all asked me one question: ‘Why didn’t you play enough cricket? Why did your career never take off? Passi shared with a big laugh.

“It’s been almost 10 years since we won the U-19 World Cup, and I still don’t know where it went wrong. I didn’t have the answer, so I decided not to answer any of them.”

Passi took 10 wickets at the World Cup, the second most for India, but since then he has managed to play just four first-class games and a single List A match, for which he blames the Punjab Cricket Association.

Kamal Passi played two first-class and one A-List games for Services in 2015-16 before returning to Punjab. (ARCHIVE)

“After winning the title, I told Harmeet (Singh), who was my roommate, that I have a terrible feeling that winning the U-19 World Cup is going to be the high point of my career. Unfortunately, everything I said to Harmeet that night turned out to be true.”

Passi says he was constantly ignored even by the Punjab Under-23 team, causing him to switch to Services, for whom he finally made his first-class debut in November 2015.

“I came back after winning the Cup, and my name was not in the 40 Ranji Trophy camp. Generally, you expect to have a full season with the senior state team after playing for India U-19. But forget the senior team camp, I didn’t even get selected for the CK Nayudu [then U-23, now U-25] to camp. If I was someone who played and won the U-19 World Cup, I wasn’t good enough to play for my state’s U-23 team.

“The following year they put me in the Under-23s and one of the coaches told me I was too young to play for the senior team. But Sandeep Sharma, who was with me in the U-19, was playing all the games. I said, ‘Okay, I’ll earn that call.’ I ended up taking the most wickets for Punjab U-23, but again the next year, the selectors turned their backs on me.”

In 2015, Passi got a job with the Indian Navy. He played two first-class and one A-List games for Services in 2015-16 before returning to Punjab.

“The change to Services was desperate. I never had a chance to settle down, and the moment Punjab called me, I jumped ship again. It was an emotional decision. I had played U-14, U-16, U-19, U-23 for Punjab, I wanted to try one more time.”

In 2016-17, Passi finally made his debut for Punjab but only earned two first-class caps and was eliminated. “I accepted it because I couldn’t take the opportunity.

“A coach told me that they were not looking at me for a red ball. They wanted me to play cue ball. On the last day of Syed Mushtaq Ali’s camp, the coach told me that only two players would be selected from me, Sran (Barinder) and Gony paji (Manpreet). I immediately knew. Both had played for India. I packed my backpack and left.

“I cried for at least 45 minutes in the PCA parking lot. Five years have passed and they have never called me back.”

Ahead of the 2021–22 season, Passi bagged 11 wickets for Amritsar in the Katoch Shield, Punjab’s inter-district tournament, including a four-wicket haul in the semi-finals and three wickets in the final, which Patiala won.

“A funny thing happened after the final. I was standing with Sharad Lumba, my teammate from Amritsar. The secretary of the PCA (Puneet Bali) was congratulating the players. He greeted Sharad and walked past me. He thought I was just a friend of Sharad. Then Sharad formally introduced me saying that he had played U-19 for India. The sahab secretary was surprised; he looked me up and down and said, ‘Have you played for India U-19?’

“To answer all those questions about why my cricket never took off, it’s because of my association. I’ve gotten a stepmom treatment and I’m still trying to figure out why.

“To Mr. Alan Wilkins, sir, I am still an active cricketer. I am still looking to cement my place in the Punjab senior team. I am 29 years old, I still have a few years of cricket left and I am an optimistic person.”

Passi, who works for the GST department in Mumbai, has no complaints about the game. “I have my share of annoyance with the administrators, but not with the sport. Thanks to cricket, I got this job in the GST department. If it wasn’t for this job, I don’t know what I would have done with my life.”

He is not following the current Under-19 World Cup, but he has a piece of advice for the youngsters. “Cricket is not the end of life. The post-U19 phase will be very depressing. Not all of them will play for India’s senior team, even if they win the U-19 World Cup. Some of your teammates will get big IPL contracts, while others will push you to get games for your senior state team.

“Reach out to your coaches, friends and family, and never give up hope. If any of you want to talk to me, feel free to text me on social media, I’d love to help.”