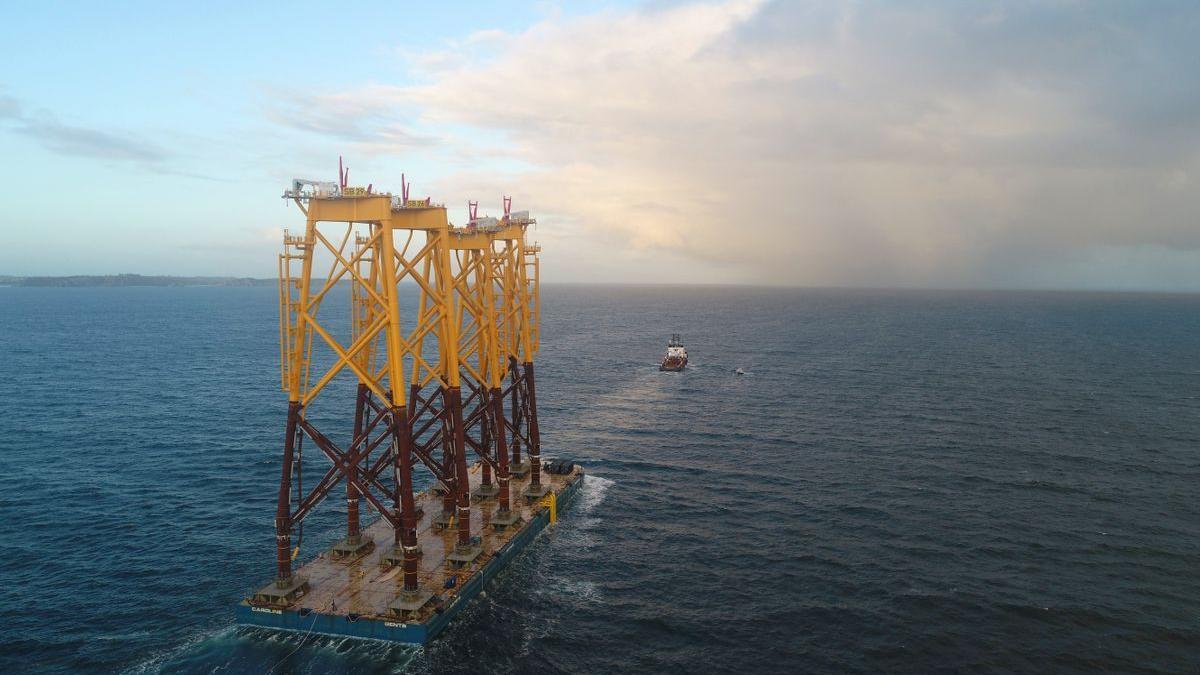 Table Of Contents hide
1. offshore wind race
1.1. Like this:


The project started more than a decade ago. It was in 2011 that Iberdrola obtained the first administrative permit for the construction. Largest offshore wind farm in France, off the coast of Brittany. After years of paperwork with a French bureaucracy that was just getting its start in managing this technology, tough negotiations with the local population to overcome resistance to the giant windmills in front of their beaches and the pandemic’s general halt After 2014, the construction park is already underway and the target of producing electricity by the end of 2023 is maintained and will be operational for at least 25 years.

the result will be a park with 62 wind turbines over 200 meters high about 16 kilometers off the Breton coast and is spread over a sea surface of 75 square kilometres, roughly at the end of the English Channel and very close to where British waters begin. Will allocate investments to Iberdrola €2.4 billion And when three years’ work is over St. Brieck Offshore Wind Farm It will have an installed capacity of 496 megawatt hours (MW) and will be capable of producing 1,820 gigawatt hours (GWh) every year, enough to meet the energy demand of about 835,000 people.

There is a Spanish seal on the huge structures already being installed in the park. They come from factories in Galicia, Asturias and the Basque Country, and arriving in Brittany after a long barge voyage before being put at sea with precision engineering work that required drilling and crane equipment designed and manufactured informal for this project.

The pile that the company is laying on the ocean floor is made by the company Winder at his factory in Aviles (Asturias)large metal support structures (jacket) are assembled in Fene. in Navantia Plant (A Corua) in consortium with Winder, and the wind turbine towers are built by GOHaijia Wind Group in Bilbao Commissioned by Siemens Gamesa, winner of the wind turbine construction contract. In addition, Siemens Gamesa itself will be in charge of maintenance of the park and has commissioned a new ship for these services which is built by Balenciaga Shipyard in Zumia (Guipizcoa),

Last June, transfers began from the Navantia plant in Fene, of 62 support platforms, massive metal structures 70 meters high, 25 meters wide and weighing 1,150 tons that are transferred four by four – at a rate of 4,600 tonnes per trip – is carried in on the barge A journey of over 1,500 kilometers to Brittany. 24 full supports have already been installed, in a process requiring three pilots and a week’s work to fit each. jacket With giant crane boats. Last week, the Basque conglomerate Haizia (whose name means “wind” in Basque) began transporting the first wind turbine towers to be installed on these. jacket,

Since the launch of the initiative, the project has undergone several changes following a process of dialogue with the local population to remove criticism and misconceptions. After more than 1,400 meetings with interest groups, the park was reduced from 100 to 62 wind turbines, moving 10 to 16 kilometers from the coast, increasing the distance between one windmill and the other from 1 to 1.3 to win support. Kilometers done. Powerful fishing area in the area. Fishing boats will be able to continue fishing in the waters within the park, due to the park’s small size, distance from wind turbines and the fact that power transmission cables will eventually be buried in the ocean floor.

Iberdrola seeks to accelerate its commitment to leading the global offshore wind race, which has become the strategic pivot of its development. The power company already has three offshore wind farms in the United Kingdom and Germany with a capacity of approximately 1,300 MW, it has 3,000 MW under construction and 4,000 MW insured, in addition to a more comprehensive portfolio of projects under development.

the goal of the group is reach by 2030 with 12,000 MW in operation with an investment of about 30,000 million, For which projects are underway or in the pipeline in the United States, the United Kingdom, Germany, France, Ireland, Sweden as well as Japan, Taiwan, the Philippines and South Korea.

Iberdrola will launch a French wind farm in Saint-Brieuc next year and is preparing to boost its business growth in France with a new round of capacity auctions. offshore of the Gallic government. As confirmed by Emmanuel Rollin, Iberdrola’s director for the French market, the company is already pre-qualified in the bidding process for three new offshore wind farms, one of 1,000 MW in Normandy, 250 MW in Brittany and 500 MW. One of the MW project in the Mediterranean. The French executive is preparing for three additional auctions to continue the deployment.

Public debt reduced to 116.1% of GDP due to inflation