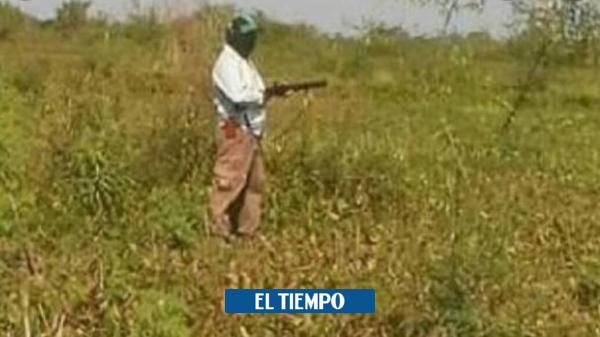 The president of the Senate, Roy Barreras, announced through his Twitter account that he received for review the draft of the new submission project.

You may be interested in: President Gustavo Petro announces that he will propose a ‘multilateral ceasefire’

The announcement was made just when President Gustavo Petro revealed from New York that “in a matter of days” the possibility of “a multilateral ceasefire will be considered, which would be the beginning of the end of violence in Colombia.”

As a first step, it should be noted that the text announced by Barreras is the draft of a new project which has been worked on by a fairly broad legal group.

In any case, what is defined is that the initiative, in addition to being reviewed by the president of the Senate, must be reviewed by the Minister of Justice, the Attorney General, among others, and when all these observations have been made and a consensus, the project will go to the President for approval and subsequent filing.

In addition, it is determined that it is not only a new project but that it establishes the collective submission to the ordinary justice of the armed structures

This new project is different from the one that had been initially presented, which contemplated the welcome to the justice of the bossesin which it was stated that if they delivered effective information they would have benefits.

And how is it different? in which shelter is no longer proposed, but rather the collective submission of structures. And it even transpired that it determines the concentration somewhere.

In addition, it is contemplated that the submission will be to the ordinary criminal justice, not transitional.

From the fact that it is a draft, which is in the process of being reviewed by different actors and which must then go on to be reviewed by the President of the Republic, since everything indicates that it will still take some time to reach Congress.

Moreover, it is not even totally clear whether it will be an ordinary law or a statutory one, which requires review by the Constitutional Court.

You may be interested in: ‘The FARC have already disappeared’: Rodrigo Londoño