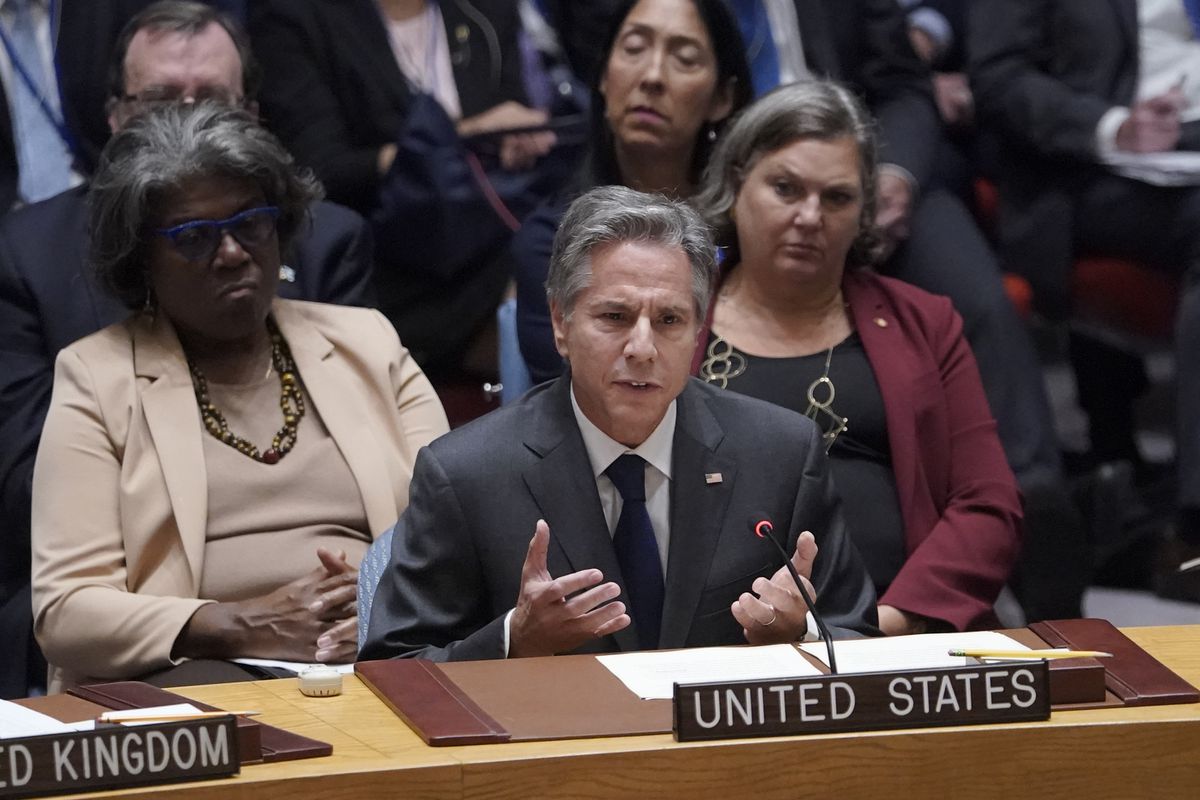 “One man chose this war. And one man can end it. Because if Russia stops fighting, the war is over. But if Ukraine stops fighting, Ukraine is over.” This was expressed by US Secretary of State Antony Blinken Extraordinary session of foreign ministers of the United Nations Security Council, convened this Thursday to address the conflict. An empty Russian chair looked at him: Russian Foreign Minister Sergei Lavrov did not enter the room until 20 minutes after Washington’s representative had spoken. And when he did, he was in zealous defense of the invasion.

The faces were particularly bleak this Thursday at the United Nations General Assembly in New York. President Vladimir Putin’s nuclear threat The war in Ukraine and the impending independence referendum that Moscow has called in the occupied Ukrainian territories has sparked all alarms among UN member states. It is worrying that Russia is about to annex the region through a maneuver of alleged popular consultation, Exactly like what happened in Crimea eight years ago.

“The world order, for which we have gathered here, is collapsing before our very eyes. Putin cannot be allowed to walk away from this,” Blinken told the Security Council. “That he has chosen this week, when most world leaders meet at the United Nations, to add fuel to the fire that he has self burnt, demonstrates its complete disregard for the Charter of the United Nations,

UN Secretary-General Antonio Guterres, for his part, declared “unacceptable” holding a referendum, Which will begin this Friday and continue through Tuesday in areas that comprise up to 15% of Ukraine’s soil. Guterres declared, “The occupation of the territory of any State by another State, as a result of the threat or use of force, represents a violation of the Charter of the United Nations and international law.”

In addition, International Criminal Court prosecutor Karim Khan indicated to the Security Council that there are “reasonable grounds” to suspect War crimes have been committed in Ukraine This would be in line with the jurisdiction of that court located in The Hague, which deals with crimes against humanity and genocide, among other international crimes. The focus will be on the investigation of the institution Forced relocation of population from Ukraine to Russia and in deliberate attacks against the population or civilian objects, the senior official pointed out. The United States estimates that Russian authorities have “interrogated, detained and forcibly deported” 1.6 million Ukrainian citizens in the neighboring country since the attacks began.

But again in the council meeting The division between the blocks, increased rapidly, The war has been characterized by a response since Russia launched an invasion of Ukraine in February, which the Kremlin defines as a “special operation”. If Washington and its allies charge against the Putin regime and warn of risks to the future of tolerating aggression; Moscow partners temp. While the Indian delegation called for an end to the conflict through dialogue; Chinese Foreign Minister Wang Yi reiterated his government’s opposition to imposing “arbitrary” sanctions.

Beijing also presented a four-point proposal to end the violence: return to talks without preconditions; facilitating humanitarian aid and the investigation of war crimes; protect nuclear facilities, and work in favor of reducing tensions, as well as covering the consequences of the war on rising energy and food prices. But he was strongly against this possibility, demanded by Ukrainian President Volodymyr Zelensky on WednesdayTo take back Russia’s permanent seat in the Security Council and thus the right of veto.

For his part, Lavrov—who arrived, spoke, and left without listening to any speakers—sent himself in defense of the Russian actions. The Russian minister accused Ukraine of threatening Russian security and “blatantly” violating the rights of Russians and Russian-speakers in its territory: “I assure you that we will never accept such a thing.” ” It identified the West as a party to the conflict by supplying weapons and training to Ukrainian soldiers. “The international propaganda of this conflict by the West continues without punishment,” he insisted.

Ukrainian counterattack continues: “The Russians run and we chase them”