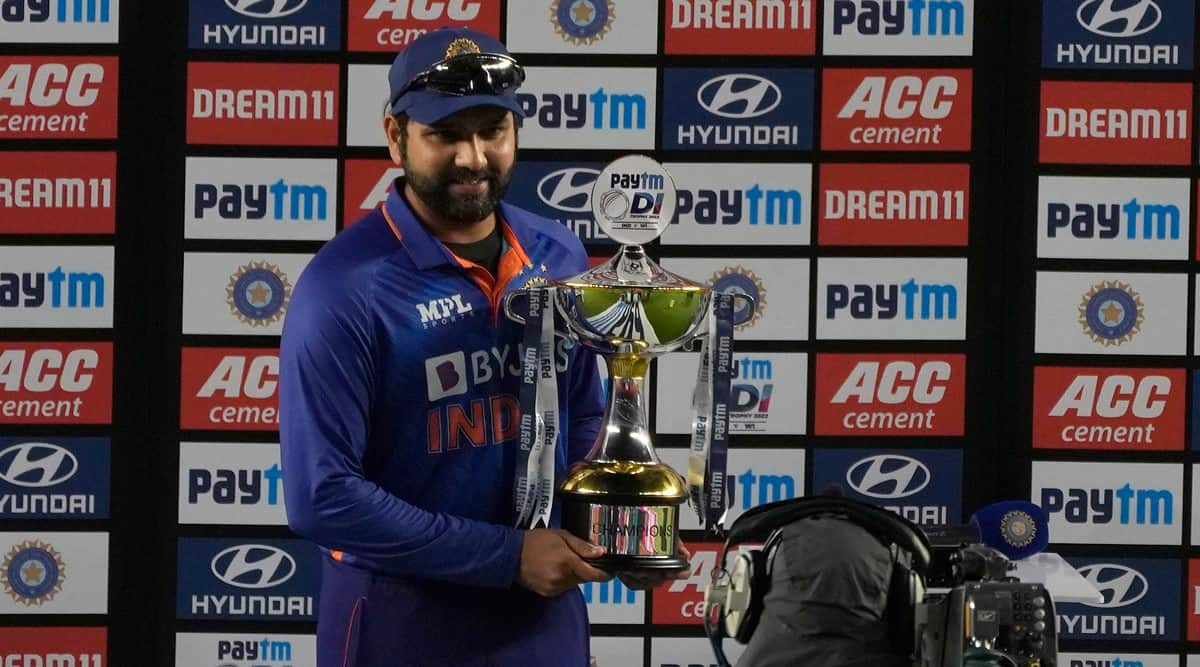 indian captain rohit sharma on Friday he said his team wanted him out of the three-match ODI series against the West Indies.

India beat West Indies by 96 runs in the third ODI to complete a 3-0 shutout series. It was Rohit’s first heat as ODI captain.

“We’ve checked a lot of boxes in this series. Regardless of what we wanted to get out of the series, we got what we wanted,” Rohit said at the post-match presentation ceremony.

He was asked about the atmosphere in the locker room after Indian cricket recently witnessed some turbulent times following the end of Virat Kohlileadership mandate of .

“The noise will be present while we are playing. We know that we are playing a high profile sport in India and people look up to us and watch us. As players and individuals, we know what we need to focus on,” said the stylish starter.

“Outside noise doesn’t bother the locker room. As long as we can go out there and do what we’re expected to do, that’s very important.”

He again praised pacemaker Prasidh Krishna, who took three wickets on Friday and was named player of the series for his nine scalps in three matches.

“We wanted the bowlers to bounce down the pitch, we had someone who could come in and throw those pitches and ask the batsmen those questions.

“It was good to see our fast shooters, I was even impressed with the way Siraj was throwing. And Shardul, Deepak had the opportunity at different times.”

On Kuldeep Yadav, who turned the wrist, who made a successful comeback after being on the sidelines for a while, Rohit said: “Both Kuldeep and Chahal are crucial players for us. They have done well together as a group, especially Kuldeep.

“Since Chahal was very much in the plan, Kuldeep went off the radar a bit. It was important to get it back, and get it back slowly.”

“We started looking forward to things a little earlier, and we’re pretty sure we can see them together again very soon.”

Prasidh said he has been practicing a lot and the few Vijay Hazare matches he has played helped him keep up the pace.

“Anything that goes to the goalkeeper or the slips, I like those kinds of grounds. I got both wickets today, it was really nice to see the ball get the carry and good to have people behind you that won’t miss when you create a chance,” he said.

“When you’re running and you see the ball flying towards the goalie, that’s what any fast shooter wants. The kind of guys we have on the team, they’re all good and we’ve been learning from each other.

West Indies captain Nicholas Pooran admitted that his team will need to improve a lot in this format.

“The way we bowled in the series was wonderful. We have a lot of work to do with bowling and hitting, even more so with hitting in this series. The way the boys bowled was fantastic. It seems that we are better in the shorter format, but we have to work in the longer format.”