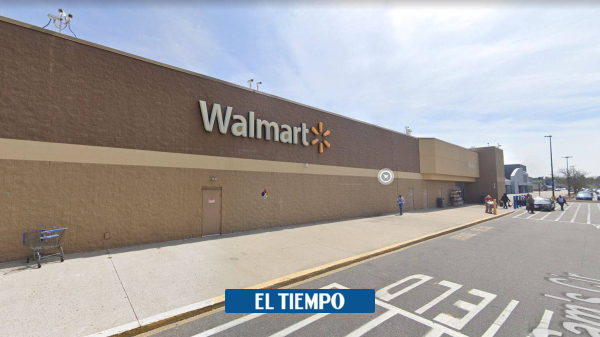 At a press conference, Solskjaer said it is believed that the gunman had died of a “self-inflicted gunshot wound” And that the reason for the attack is not yet known. City officials identified the shooter as Andre Bing, 31, of Chesapeake and said he was armed with a handgun and several magazines.

Walmart, the largest retailer in the United States, confirmed that Bing had been a night shift manager employed by the company since 2010. Brianna Tyler, a Walmart employee who survived the attack, described scenes of terror as the assailant entered a staff break room and opened fire.

“I wasn’t targeting anyone in particular,” Tyler told the network. ABC.

“They literally started shooting in the break room and I saw several people fall to the ground.” The employee said the gunman looked directly at him and fired, but missed.

“He didn’t say a word, he didn’t say anything,” Tyler said. The massacre happened two days before Thanksgiving, the quintessential American family holiday that falls on a Thursday, and after a weekend shooting at an LGBTQ club in Colorado that left five people dead.

It was also the second mass shooting in the state of Virginia this month: Three University of Virginia students playing on their football team were killed by a classmate on November 13. President Joe Biden condemned what happened and called for stricter gun control laws.

“Due to yet another horrific and senseless act of violence, even more tables across the country will be left with empty chairs this Thanksgiving,” he said in a statement.

Multiple dead in shooting at Virginia Walmart, police say. Shooter among those killed may be former store employee – CNNpic.twitter.com/qB26rBNmWW

On Tuesday, the first emergency call was made shortly after 10:00 pm (0300 GMT Wednesday), while the store was still open. Chesapeake is about 240 kilometers southeast of the US capital Washington. Officers entered shortly thereafter, Soleski said.

The shooter and two victims were found dead in the break room, while another body was found in front of the store. Three people later died in hospital.

According to officials, the youngest victim was 16 years old. Terry Brown, who was at the Walmart but left just before the shooting, said the store was filled with shoppers.

“There was a huge crowd,” Brown told local ABC affiliate station 13NewsNow. “All the checkouts were very busy (and) there were long lines at the self-service checkout.”

In the store’s parking lot on Wednesday, flowers and small white electric candles were placed under crime scene tape in honor of the victims.

White, blue and gold balloons tied to a tree went into the air. Susan Neal Matusek stopped by the memorial performance to “offer my condolences,” he told AFP. “I couldn’t imagine losing someone right before Thanksgiving,” the 57-year-old retired teacher said.

Walmart said in a statement on Wednesday that it was cooperating with the investigation.

international writing
*With inputs from AFP

Police chased away the thieves with 17 bullets and a gun