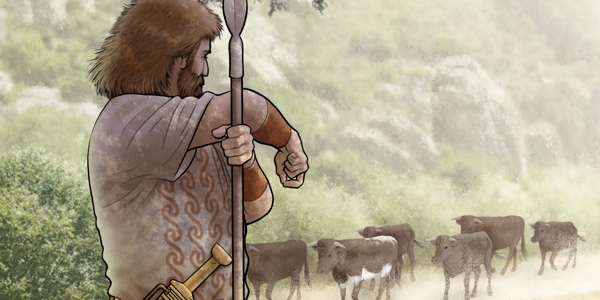 “Vaisos (people of the West) torture the corpses of those who die of disease, because they believe they have died cowardly and piously, and set them on fire, but who have lost their lives in battle. , they consider great, brave and endowed with courage and, consequently, They give them to vultures because they believe that these are sacred animals.», wrote the Roman writer Claudius Aliano (2nd-3rd century AD) in his work ‘On the Nature of Animals’. Some archaeological evidence, such as the Zurita stela in which a vulture is seen pecking at the body of a recumbent warrior, confirms this widespread custom among the peoples of the northern plateau throughout the Second Iron Age.