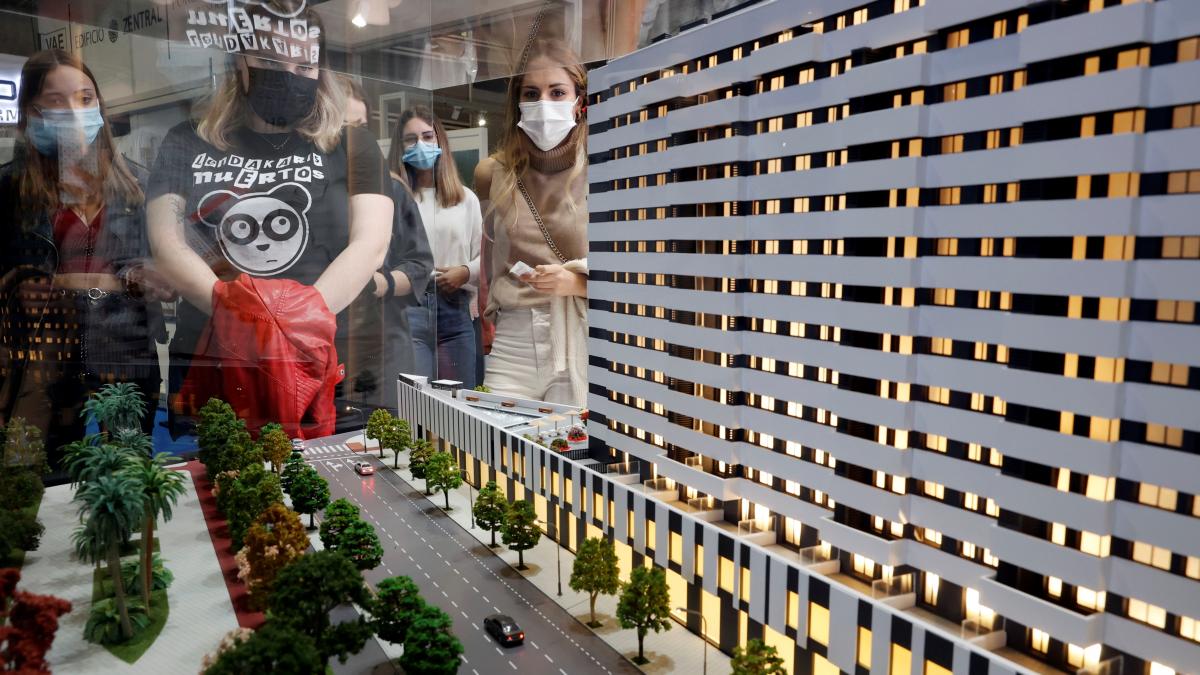 Table Of Contents hide
1. The average duration of housing absorption would be up to 15 years in Alicante, 15 to 30 years in Valencia and over 30 years in Castellón.
2. public action
3. 248 municipalities need public housing
3.1. Like this:


Real estate consultancy CBRE says 228 million square meters of residential building land under urban management is still vacant nationally. Of that amount, some 27,700 square meters would correspond to the Valencian community: 4,800 square meters in the province of Castellón, another 10,600 in Alicante and 12,300 in Valencia, the province with the most land available.

The average duration of housing absorption would be up to 15 years in Alicante, 15 to 30 years in Valencia and over 30 years in Castellón.

The average duration of housing absorption would be up to 15 years in Alicante, 15 to 30 years in Valencia and over 30 years in Castellón.

The data is part of an analysis of “potentially buildable” land that the company has carried out and it points to the cities of Madrid and Barcelona as the areas with the most options. It states that 8.94% of this land in the capital is under management (with a capacity of 122,400 houses), followed by Barcelona with 6.68% (with a capacity of 91,400 houses). Behind is the city of Valencia, which has 5.25% of the land under management, as well as Toledo, 5.41% of the national total.

In its estimates, CBRE states that 1.4 million homes to be built will be absorbed over an average period of about 20 years. However, experts’ estimates on this demand are a bit off, because these days at the II National Housing Congress held in Valencia, the firm GAD3 assured that Spaniards will demand 15 million homes over the next five years.

As with everything, promoters face next months of uncertainty with “great solvency”, although price increases are making the job more expensive.

The Ministry of Housing has purchased 20 houses with 15 garages and 12 storage rooms in a single building in Buriana Municipality through an application for preferential occupancy rights. Now they will be guarding the houses on a permanent basis, attached on a rental basis to the Valencian Entity for Housing and Land for their management. Castellón municipality is part of the Area of ​​High Housing Need (ANHA), a registry presented in 2020 by the then minister Rubén Dalmau in which the municipalities of the Valencian Community requiring “urgent” public housing are numbered 248, 81 . With a high rate of demand among them.

According to these estimates, about 30,000 houses would be needed to deal with the number of households in need of permanent housing. However, currently, the public stock is held in around 12,514 households, with the figures for 2020.