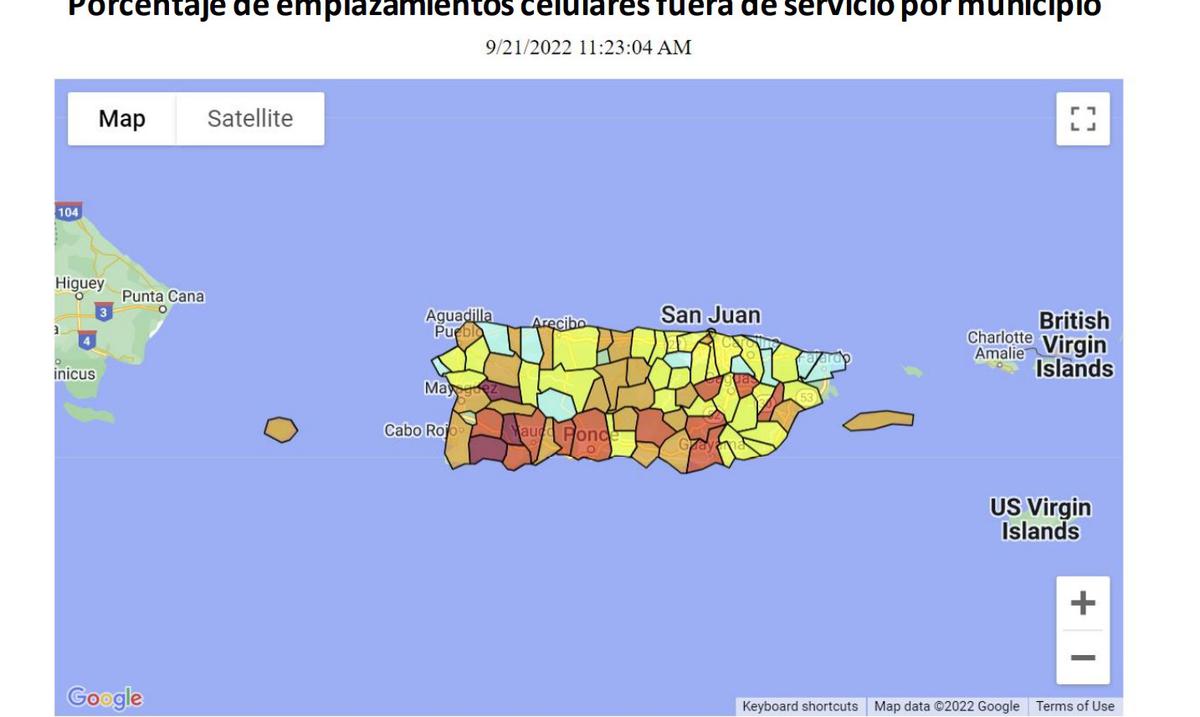 Cellular cells went out of service after the passage of Hurricane Fiona Yesterday and today increased to 30.90% and 29.90%respectively, as per reports published by Federal Communications Commission (FCC).

On Monday, the same source put the ratio of dormant cell sites at 24.30 percent.

For today, the out-of-service cells are concentrated in municipalities with a high percentage of South and Southwest.

about the reasons, The number of cases of cells having connection problems to the fiber optic network rose to 72, from the number of 20 reported on Tuesday to 8. In past emergencies it has been in response to unintentional damage as roads are cleared with heavy machinery.

In addition, 676 cells lack power and 629 are powered by emergency generators.

However, the federal regulator emphasizes that “the number of out-of-service cell sites in specific areas does not necessarily correspond to the availability of wireless services to consumers in those areas.”, The truth is that there are many cases in which municipalities have been most affected by the breakdown and this makes it difficult for user devices to access the signal.

Other cities that could be severely intermittent according to the map would be Jayuya, Como, Sidra, Las Marias and Gurabo.

Meanwhile, at the time of report, All his cells were working in cities like Culebra, Florida and Hormigueros.

These daily reports are produced with data that providers submit directly to the regulator’s Disaster Information System (known as DIRS). It is not specified which companies correspond to cells with no service.

,Keep in mind that the operational status of communications services can change rapidly during a disaster and this report represents a single point in time.”, said the report.