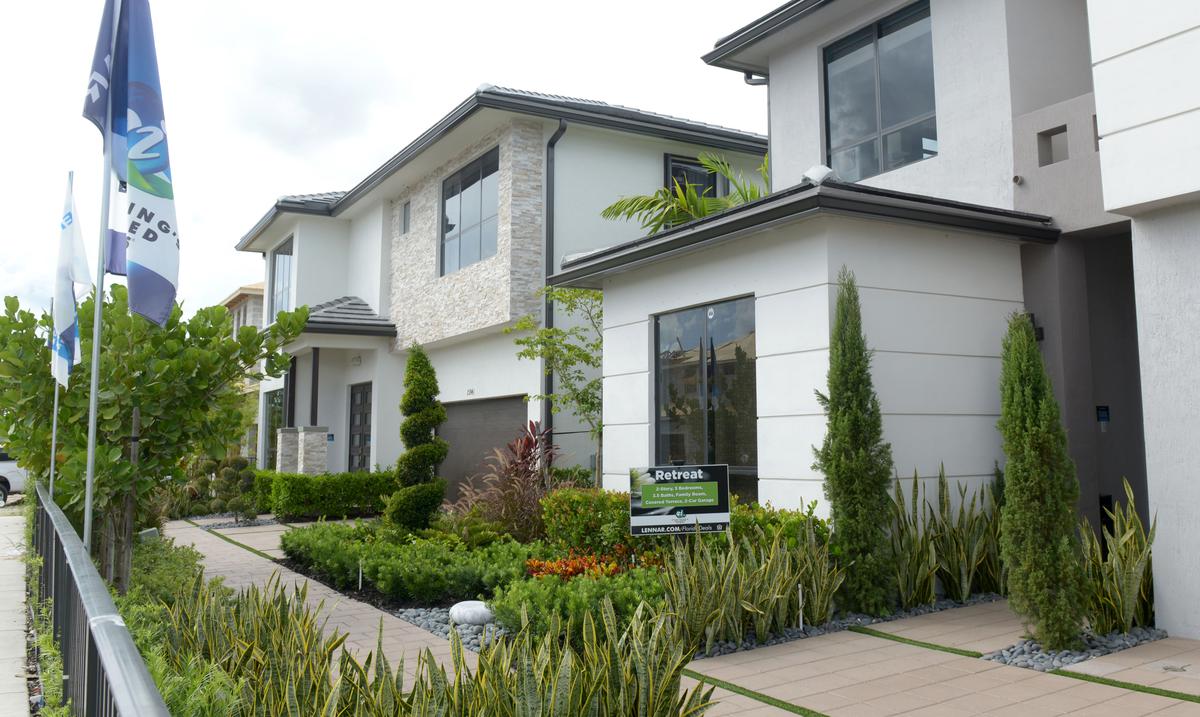 Washington. – After years of skyrocketing prices, The housing market in the United States shows signs of cooling, But according to most analysts, there is no housing bubble this time around, which sparked the last financial crisis in the late 2000s.

The main ingredients that are helping to cool the water are aggressive interest rate hike ordered by the Federal Reserve (Andl US Central Bank), which aims to quell the appetite of consumers – also in the housing market – to combat runaway inflation.

Experts consulted by Efe agree that, despite the fact that housing prices may fall in the coming months due to a fall in demand, the conditions and reasons that make up the current market are very different. 2007-2008.

Thus, the high prices observed during the two years of the pandemic respond fundamentally to a discrepancy between supply and demand, In which the former has been well below the latter, while what happened in the pre-crisis period of 2007 was an overabundance of construction as well as mortgaged loans to people with questionable solvency.

According to analyst at financial services company Black Knight Andy Walden, most debtors in the current market are in a strong financial position, in part due to regulations put in place after the 2007 crisis and which tightened mortgage lending conditions. ,

In the same sense, it should be noted that housing available in the United States is at an all-time low of 2.4% according to the latest data, underscoring the arguments that a lack of homes and apartments is the main reason for the high prices. indicate. ,

Rising interest rates (and the resulting rise in mortgage prices) can mean delaying purchase decisions, young people spending more years in their parents’ home than anticipated or someone who already has. There is one house, he does not buy another house.

But a home is, after all, a basic need, so even in a skyrocketing mortgage scenario, housing demand is unlikely to decline, especially when new home construction has lagged behind the market requirements.

This is also an analysis by debt rating agency Moody’s, which in its latest report on the real estate sector says it expects a “moderate” in prices in relation to last year’s growth, but not considering the scenario of an outbreak. does bubbles.

“While investor buying is increasing, we have yet to see the extreme levels of speculation and overbuilding that created the housing bubble of 2000.” Credit rating agency.

Despite the general skepticism with which a new housing bubble is being formed, there are already signs that point to a cooling in the housing market, and the most obvious of them is that mortgage rates may rise from 3.2% to nearly 6%. have gone. Only half a year, as a result of Fed decisions.

And for the first time in months, nearly 20% of homeowners with homes on the market lowered their prices last May after failing to find buyers for what they had initially asked for.

“The prevalence of fixed interest rates, hardening of loans and the good health of the labor market are likely to push prices down,” said economist at consultancy Capital Economics Matthew Pointon.

Where the Fed’s rate hike is having the opposite effect is in the rental home market, which is at an all-time high and which averaged more than $2,000 in May for the first time in history (i.e., rental homes). Of those, half had a monthly cost of more than $2,000).

This figure represents a 15% increase from one year to the next and is partly explained by those who, in the scenario of cheap mortgages, could have chosen to buy a home, but who now prefer to rent. so that no increase in interest will have to be dealt with.

Ballot results for this Wednesday, August 17, 2022