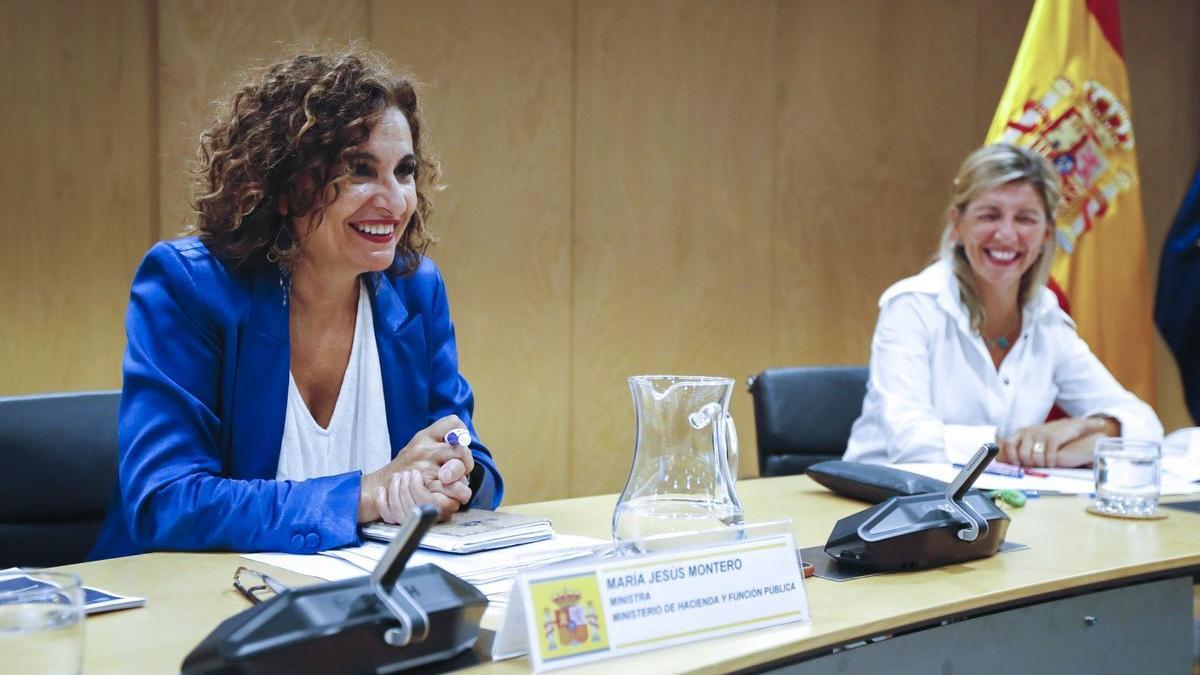 Table Of Contents hide
1. special defense plan
2. Like this:


Both parts of the government PSOE Y United We Canfinalize with constant meetings the internal agreement on the 2023 Budgets with the balm of a tax on large fortunes that the purple party has been claiming for some time and the decision to leave the increase in defense investment out of the negotiation.

United We Can is opposed to the increase in military spending and neither the escalation in the war that has led to the “partial mobilization” of part of the Russian population, announced this Wednesday by Vladimir Putin, nor the reiteration of his threat to use nuclear weapons, it seems make a dent in that approach. It can be seen that they barely talk about the conflict anymore, but this cannot be interpreted as a change of position. Last week, in the vote in Congress on the entry of Finland and Sweden into NATO, their deputies (Podemos) abstained and those of the United Left voted against, except for the Minister of Consumption and leader of IU, Alberto Garzón, who abstained.

From the beginning of the Russian invasion, United We Can was opposed to Spain providing weapons to Ukraine and defended that the EU focused its efforts on seeking a negotiated solution. They have not moved from that speech and in this position they hold their refusal to increase defense spending, which Pedro Sánchez has committed to NATO until it progressively reaches 2% of GDP in 2029, in line with what the rest of the allies.

But that issue has been sidelined from the final Budget agreement, according to sources from the two coalition Executive parties. It does not appear in the spending ceiling, therefore, they assure from United We Can, it is out of the negotiation. As this newspaper published, the increase in military investment will be in the accounts for next year, but through the special defense plan, which is usually dedicated to military investments and does not count towards the spending limitneither do the transfers to the autonomous communities or to Social Security.

The appeal to this formula to absorb the increase in defense spending avoids the struggle between the partners over what other items the money is taken from to allocate it to military investment. And the mechanism has been accepted by United We Can, according to sources from both formations. The debate is settled, they explain. The percentage of the increase corresponding to 2023, and which will allow reaching 2% of GDP within seven years, has not yet been announced, but not everything will be concentrated in the special Defense plan since it will also compute the increase in remuneration of members of the Armed Forces.

The proof that the issue is settled is that it does not appear on the agenda of matters being debated. The temporary tax on large fortunes has now been added to the internal conversations, announced by the Minister of Finance, María Jesús Montero, which United We Can have been claiming for some time and which, according to the second vice president, Yolanda Díaz, said on Thursday, they are already negotiating the two partners. There will be agreement in “time and form” on future public accounts and this new taxDiaz noted.

The truth is that the socialist bloc has never doubted that they would close the pact and they have only blamed the denunciation of lack of progress by Podemos, which is also requesting financing for some of the projects of its ministries, such as the provision of child rearing included in the future law on family diversity and support for families, from the department of Ione Belarra, or the co-responsible plan for Equality, for the care of children under 14 years of age. The purple formation also wants to agree on the unblocking of the Housing Law and that progress be made in the reform of the Gag Law.