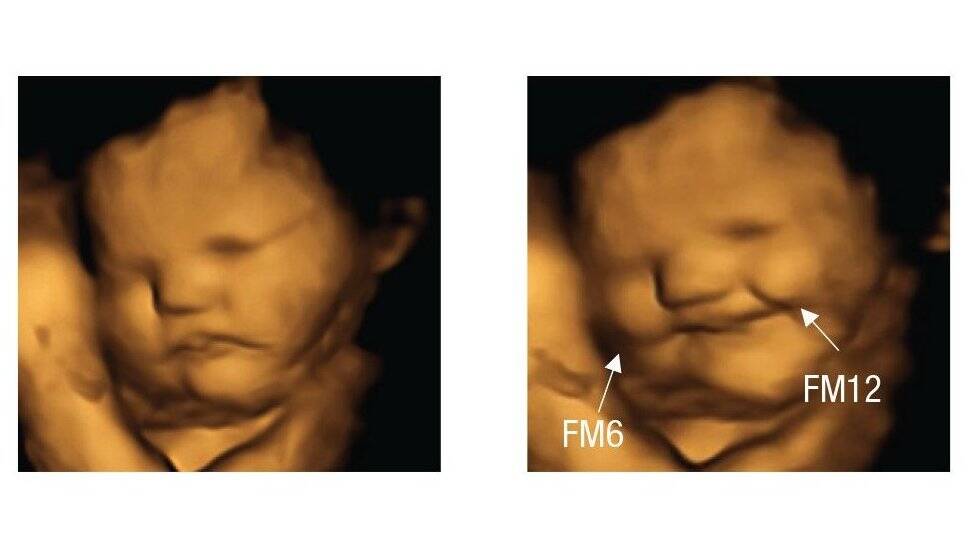 Table Of Contents hide
1. real time responses
2. When does the fetus begin to feel the taste?
3. What does this experiment show us about the evolution of taste?
4. bitter taste associated with poison
5. What do other scientists think?
6. tantrum eater
7. Like this:

If the taste of kale makes you swoon, you’re not alone. Scientists have discovered that After eating the carrot of the mother, the babies born in the womb start smiling and after eating cabbage, they raise their eyebrows.,

The Fetal and Neonatal Research Laboratory at Durham University in the UK says this is the first direct evidence that fetuses are responding to different tastes in real time.

researchers studied some 100 pregnant women and their unborn children in England. He gave carrot powder in 35 female capsules and kale powder to 34 other pregnant women.

The remaining 30 women were part of a control group and did not even consume it.

In the study published in the journal Psychological Science, the group reported that 20 minutes after the mothers swallowed the capsules, 4D ultrasound scans showed that most fetuses exposed to cabbage appeared severe.

Meanwhile, people who came in contact with carrots were seen smiling.

The control group of 30 pregnant women who ate nothing did not have the same response.

Previous studies have suggested that our Food preferences may begin before birthSince the amniotic fluid that surrounds the fetus can have different tastes depending on the diet of the pregnant woman.

But this new study from Durham University claims to be the first to directly look at unborn babies’ response to different tastes.

When does the fetus begin to feel the taste?

“We know from previous research that the nutrition the fetus receives through the mother’s diet is really important for later healthy development. But we don’t know exactly when you start[feeling these tastes].” occurred),” says Nadja Riesland, co-author of the study and director of the Embryological and Neonatal Research Laboratory at Durham University.

,Unborn babies show their preference for sugar at 14 weeks’ gestation”, he told the BBC.

“For our experiment, we gave powder capsules to unborn babies at 32 and 36 weeks’ gestation (pregnancy typically lasts a total of 40 weeks), as their expressions become increasingly complex.

“We want to continue our research and record data on these unborn babies after birth, and see if they react like carrots and kale in the womb.

What does this experiment show us about the evolution of taste?

Riesland says this indicates that taste develops very quickly and also depends on the environment of the food.

“Once the fetus gets to know about that diet from the mother, it will get used to that diet after birth and will continue to eat that diet.”

It also points to another reason why the fetus may reject the bitter taste.

“We associate a bitter taste with danger and react accordingly,” he says.

“But since not all bitter tastes indicate poison, we need to educate ourselves and our children to overcome this reaction. Some bitter foods are healthy and good for us.”

However, he adds that while ultrasound images suggest a response similar to that of an adult taking a bitter taste, it is not yet known whether unborn babies actually experience the emotion or disgust.

“The grin and grin seen on ultrasound may simply be muscle movements that react to sour tastes,” says Reisland, although he adds that embryos are known to make facial expressions.

What do other scientists think?

An associate professor of neonatology at Northwestern University Feinberg School of Medicine, Dr. Daniel Robinson, who was not involved in the research, told NBC that people should not interpret ultrasound images as showing that fetuses express joy or disgust.

For his part, the British newspaper The Guardian called for an expert in this field, Dr. of the Monell Chemical Senses Center in Philadelphia. Julie Menella, who was not involved in the study, said the work supports previous findings showing that sons learn about their mothers’ diet through the taste of foods in the amniotic fluid.

The newspaper also quoted Professor Katherine Forestell of the College of William and Mary in Virginia, who welcomed further research into how a fetus reacts to its mother’s food.

Beyza Uston, who led the research, said: “Several studies have suggested that babies can taste and smell in the womb. But they are based on what is observed after birth, whereas our study found these before birth. is the first to see the reactions”.

“We think that this repeated exposure to taste before birth may help establish food preferences after birth, which is important when thinking about healthy eating messages and the ability to avoid ‘picky eating. Maybe.”

So, in practice, the research could provide clues for new moms and dads who want to make sure their babies aren’t picky eaters.

You can now receive notifications from BBC World. Download the new version of our app and activate it so you don’t miss out on our best content.