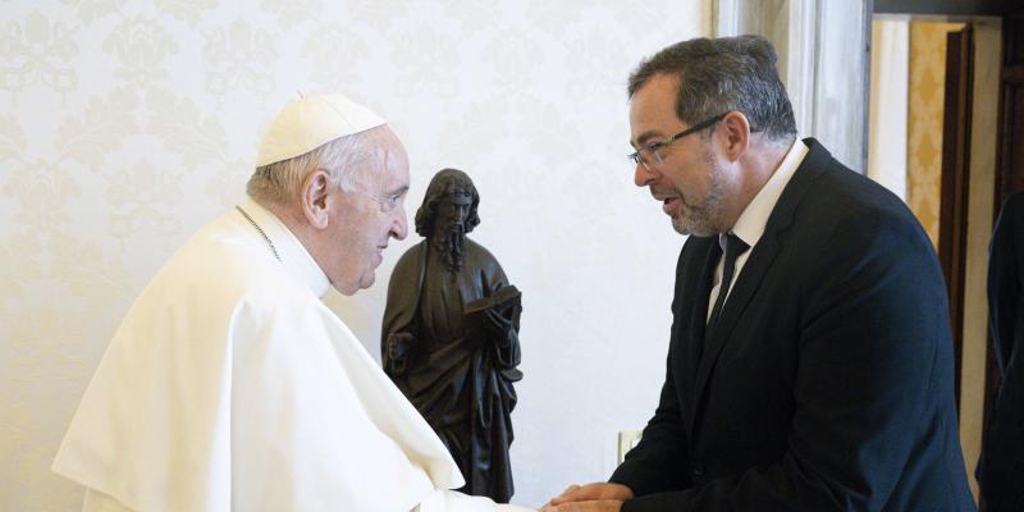 Pope Francisco Received this Saturday morning at the Vatican Apostolic Palace Ambassador of Ukraine to the Holy SeeAndrey Yurash, as reported by the Press Office.

A visit, which, if added twenty-four hours earlier, on Thursday, when the pontiff received the number two of the Russian Orthodox Patriarch, Antonij of Volokolamsk, shows that Thoughtful but proactive activity of the Holy See in search of diplomatic outlets For the ongoing war in Ukraine.

For his part, the Ukrainian ambassador posted photos of the meeting after the meeting on his Twitter account, along with a text in English and Ukrainian, in which he also The flag of Ukraine used when referring to the countryBoth in his own words and both in those he reproduced from the pontiff.

“I am very close to and wish to express the idea of ​​this closeness” – Key words of Pope Francis @pontifex Expressed during today’s meeting with the Holy Fathers. For many years and especially since the beginning of the war the Pope awaits and will be happy to congratulate him before his visit to Kazakhstan pic.twitter.com/livjRfzEA1

“I am very close to (the Ukrainian flag), and I would like to express my closeness with the visit of (Ukrainian flag), Important words from the Pontiff expressed during my meeting with the Pope today. (Ukrainian flag) For many years, and especially since the beginning of the war, the Pope has been waiting and will be happy to congratulate him before his visit to Kazakhstan.

Looks like the tweet is something the Vatican hasn’t confirmed yet: Pope’s visit UkraineBefore the 38th Apostolic Visit to KazakhstanNext September 13, 14 and 15, it is confirmed.

in recent meetings with the press, particularly on return trips from Malta and CanadaThe Pope has made public his desire to visit Moscow before Kyiv, and he Would not like to travel to Ukraine, after which nothing will change,

Ukraine’s ambassador’s tweet, citing a visit to Kazakhstan, links a possible visit to Ukraine to Pope Francis’ meeting with the number two of the Russian patriarch on Friday, in which he discussed VII World Congress of Leaders of Religion Which will take place on 14 and 15 September in the city of Nur-Sultan.

It is also possible that they interacted Private meeting between Pope and Russian Patriarch Kirill, taking advantage of the fact that both attended the event. Kirill, who is very close to Russian President Vladimir Putin, has been one of Francis’ interlocutors in his efforts to stop the conflict. During this they have met through video conferencing, and the Pope has come to ask that he should not act like this. “Putin’s Altar Boy”,