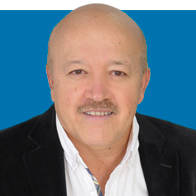 in the novel heart of Darkness The British writer Joseph Conrad denounced the exploitation of ivory in the Congo, an ominous practice that was implemented in Africa during the reign of Leopold II, and which led to the extermination of hundreds of thousands of elephants.

(You may also be interested in: essay and life,

Twenty-five years later, Jose Eustacio Rivera in his novel the maelstromPuts on the table the issue of heavy rubber exploitation in the Amazon jungle and the wars it caused.

These two practices are part of the extractionist economy that lasted during the rise of empires and, even today, some Latin American countries maintain it as their star economy.

This form of production, in which the maximum exploitation of the raw materials provided to us by nature (coal, gold, oil), has resulted in depletion of the planet, and as a result, accelerated global warming.

Our landscape is being fragmented by mining exploitation without any control.

Exploitation of crude oil through fracking is an extreme measure which injures the earth mortally. Deforestation of the Amazon today is a threat not only to Brazil, Colombia and Peru, but to the planet.

How to make the country sustainable development and clean economy with environment?

Two hundred years ago Baron Humboldt predicted: “The mistreatment of mankind disturbs the order of nature.”

This is the central discussion that Mines and Energy Minister Irene Velez is presenting to the nation.

The central idea is not to actually end mining and oil exploitation. The aim is to exploit raw materials with controls that respect the environment.

Faced with the threat of global warming, the world must enter a transition process aimed at ending extraction practices that threaten nature and do not allow us to think about the future of the next generations.

Of course, this transition upsets large multinationals that survive the exploitation of subsoil, and in many cases, have not assumed a genuine commitment to the ecosystem.

It also harbors criminal gangs that destroy as much land as possible, pollute rivers and fill the land with black holes.

Illegal mining, in addition to destroying the environment, also creates violence and death.

How to make the country sustainable development and clean economy with environment? If the country is an oil producer, why do Colombians have to buy petrol as if it were imported?

If we continue to spoil our forests and rivers, one day, when climate disorder turns into a deluge, we Colombians are no longer going to buy tickets to go to Miami, but to visit the Moon or Mars. are going.

(Read all of Fabio Martinez’s columns at EL TIEMPO here)