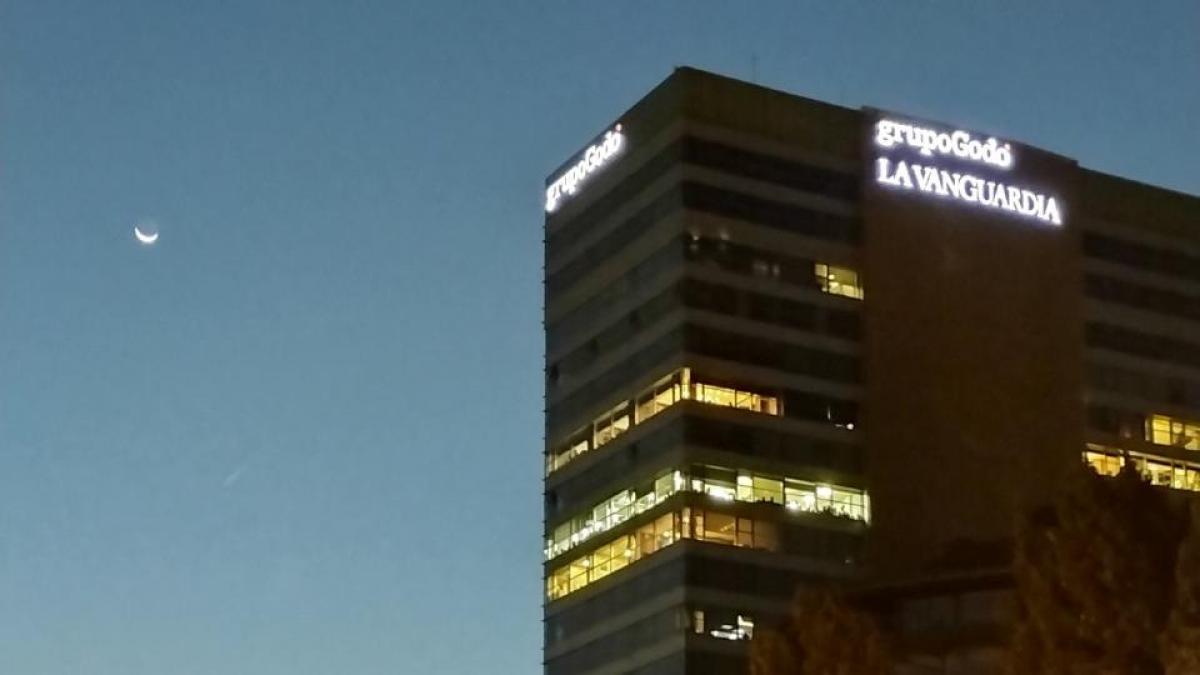 I took this photo Photos of La Vanguardia Readers During my morning run this Friday, September 23, the first day of fall.

You can watch the setting moon with the newspaper headquarters building Pawn, This is the Torre Godo, also known as the Torre Barcelona, ​​an office skyscraper on the Avenida diagonal.

Its construction dates back to the 1970s, has 24 floors and is 82 meters high. The building, designed by municipal architect Emilie Bordoy, is the headquarters of the Godo Group, a communications company that publishes Pawn,

The building was designed during the late 1960s. Work began in 1968 and ended two years later, when it became the tallest in the vicinity of Plaça Francesc Macia.

Its façade was initially made of glass and decorated with copper-toned metals. Initially, the last two floors were crowned by a metallic yellow mesh, but with the change of owners, in the late 90s, they changed it to a green crystal.