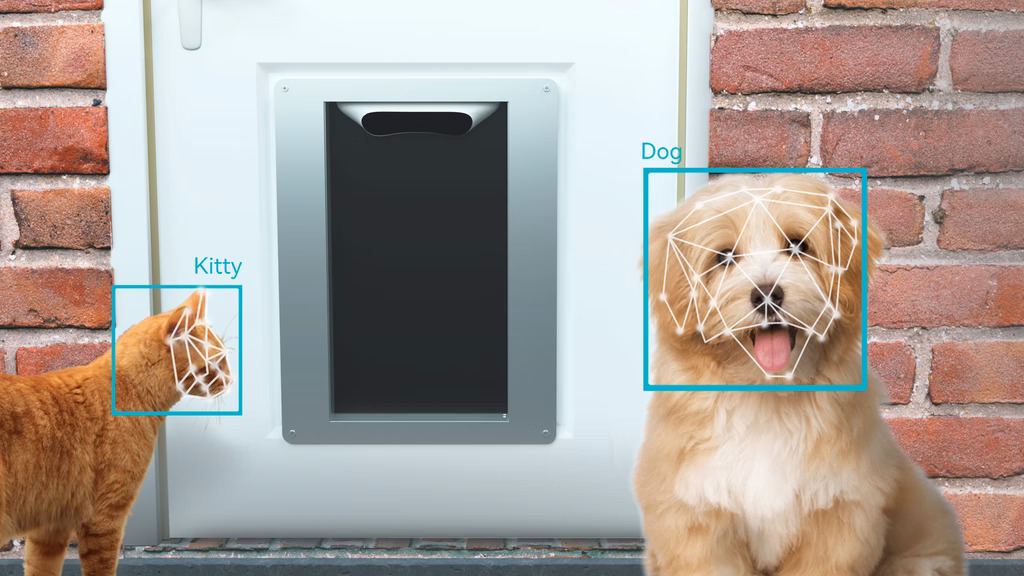 Table Of Contents hide
1. against intruders
1.1. Only identified animals will enter
1.2. It can’t be closed and can’t hurt the animal
1.3. Like this:


Facial recognition technology has made it much easier to access devices by being able to automatically recognize a person. This is possible thanks to the analysis of their facial features. Such an identity has also reached domestic animal,

The PetVation System is a smart door for pets that allows the entry of only those animals that are properly identified. Therefore, pets can come and go as they please, but this prevents other unwanted animals from entering the home too easily.

Only identified animals will enter

This security system not only manages to identify traditional pets such as dogs or cats, but can also recognize other domestic animals such as ducks, snakes or foxes.

This door is installed in one of the exterior doors of the house. Infrared cameras sit atop the unit on either side of the access point, with 120-degree lenses that provide a wide field of view for monitoring activity from the front, and built-in night vision lights for day and night operation.

Developers know that animal facial recognition and authentication are more difficult than humans, so they have had to use the animal’s whole body recognition through multiple images.

Artificial intelligence, when the animal is in front of it, executes recognition algorithms to be able to identify the subject. If the animal is inside the system because it belongs to the family, it can enter. If it’s an intruder like a raccoon or a mouse, the door will remain closed.

If the animal wishing to enter is correctly identified, the petvation door slides upward to allow entry, then slides back to cut through the point of entry from behind.

It can’t be closed and can’t hurt the animal

This gate uses three independent safety mechanisms to protect the animal from head to tail. First, sensors detect and control when an animal approaches and passes without great difficulties. There is also a mechanism that prevents any part of the body from getting stuck. The system is based on lighting to ensure that the paw or tail doesn’t hit the door when it falls, so it’s impossible for the door to come down when an animal walks by.

The third system checks the status of all door sensors during operation and enters Safe Mode when problems are detected. If this happens, the person responsible for the problem will be notified via a mobile application.

This app is also used for configuration and control. Therefore, curfews can be established, authorization of specific pets and tracking of the arrival and departure of animals in the household. In addition, it also allows you to open and close the door manually from afar.