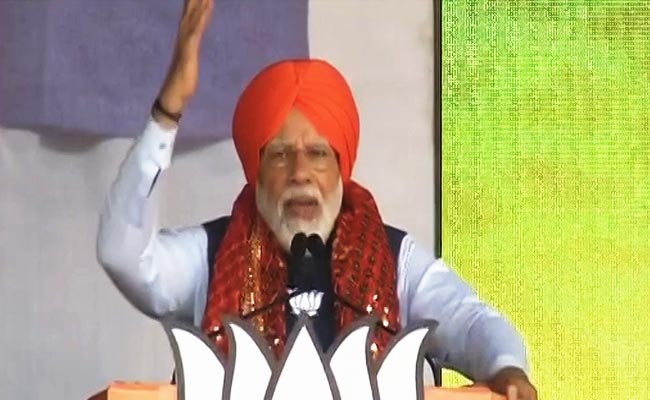 Prime Minister Narendra Modi stormed Congress today while campaigning in Punjab, accusing the party of “humiliating Captain Amarinder Singh” after trying to obstruct his government and run it remotely.

“They said we don’t want Delhi to run the Captain’s government. This means Congress governments are remotely run by a family, not by the constitution,” he told a rally in Jalandhar.

Congress is “paying for its misdeeds” now, the prime minister said.

“Look at the state of Congress. Your own party is falling apart. Your own leaders are exposing you. A party with so much infighting, can it give Punjab a stable government?” PM Modi questioned.

Punjab will vote on Sunday for a new government.

The prime minister was on his way to his first rally in Punjab since last month’s security breach, when he was forced to spend 20 minutes on a flyover on his way to a rally due to a blockade by agricultural protesters.

“I wanted to visit Devi Ka Talab, but the Punjab police said they cannot allow it due to security. This is the security condition in Punjab,” Prime Minister Modi said.