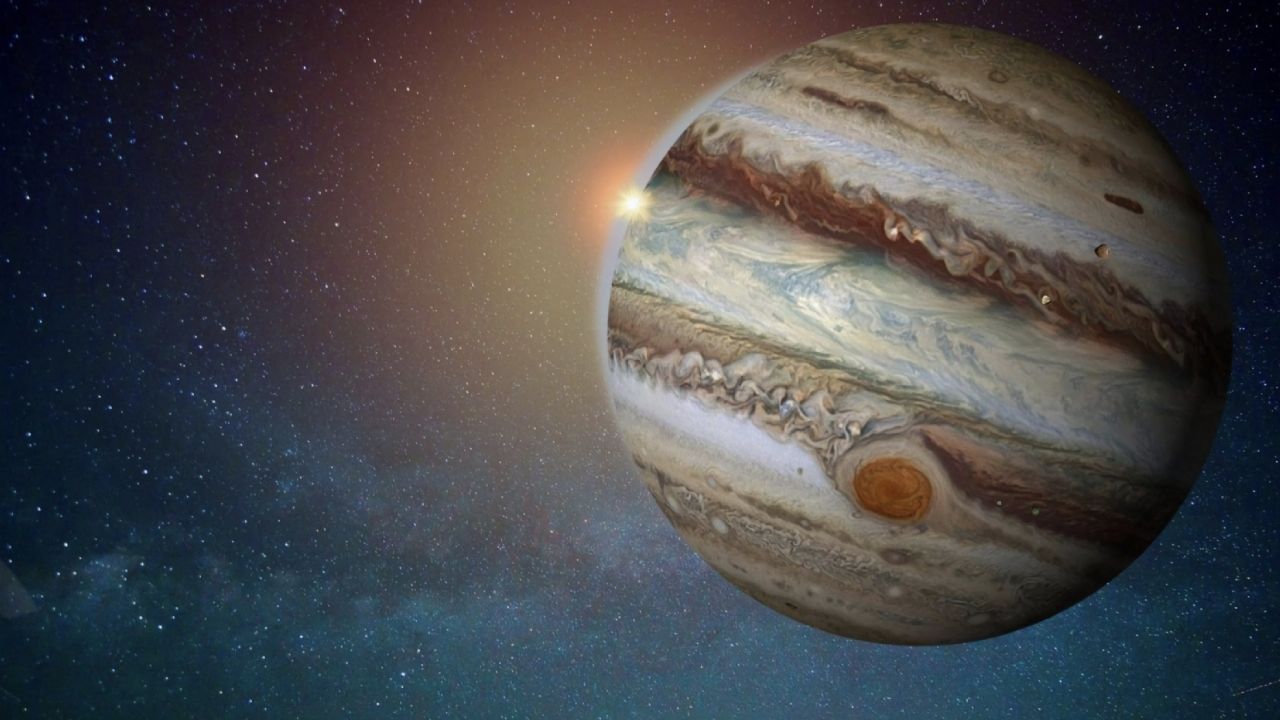 Table Of Contents hide
1. Why does this strange phenomenon happen?
1.1. Like this:


giant ones cyclone system The shaped polygons at Jupiter’s north and south poles have baffled scientists with how they retain their strange geometric shapes for years. the first time that He was traced in 2017 by the “Juno” investigation. in social networks They assure that this could be “extraterrestrial” activity, but it doesn’t have much foundation.

at the north pole of the gas giant, The spacecraft spotted a giant cyclone surrounded by eight smaller cyclones that appear to be revolving around it. At the South Pole, cyclones have a similar structure in a hexagonal shape.

Now, the California Institute of Technology’s Andrew P. A group of scientists led by Ingersoll have announced that they may have found some explanation for the planet’s strange phenomenon, andl Largest in the solar system.

Why does this strange phenomenon happen?

According to the new study on northern polar vortices published in Nature Astronomy, scientists found that “an anticyclonic ring” between the main cyclone and minor cyclones appears to hold cumulus clouds in their unique polygonal pattern.

However, many questions remain regarding the storm. “It is unclear why this configuration is so stable or how it is maintained. The polygons and the individual vortices that form them have remained stable for 4 years since Juno’s discovery,” the researchers continued. According to the study collected by The New York Post, “polygon patterns rotate slowly, or not at all.”

According to the study, the researchers used a series of images captured by Juno’s Jovian Infrared Auroral Mapper to track a polar cyclone and two circumpolar vortices. However, scientists they didn’t get what they expected Based on “assumptions about dynamics” in relation to the expected signature of convection: a spatial correlation between divergence and anticyclic vortices.

According to the researchers, more research is needed On Jupiter’s southern cyclones to reconcile conflicting data.

Will Artificial Intelligence Replace Artists? Maybe not for now, “they just do what humans have already done”