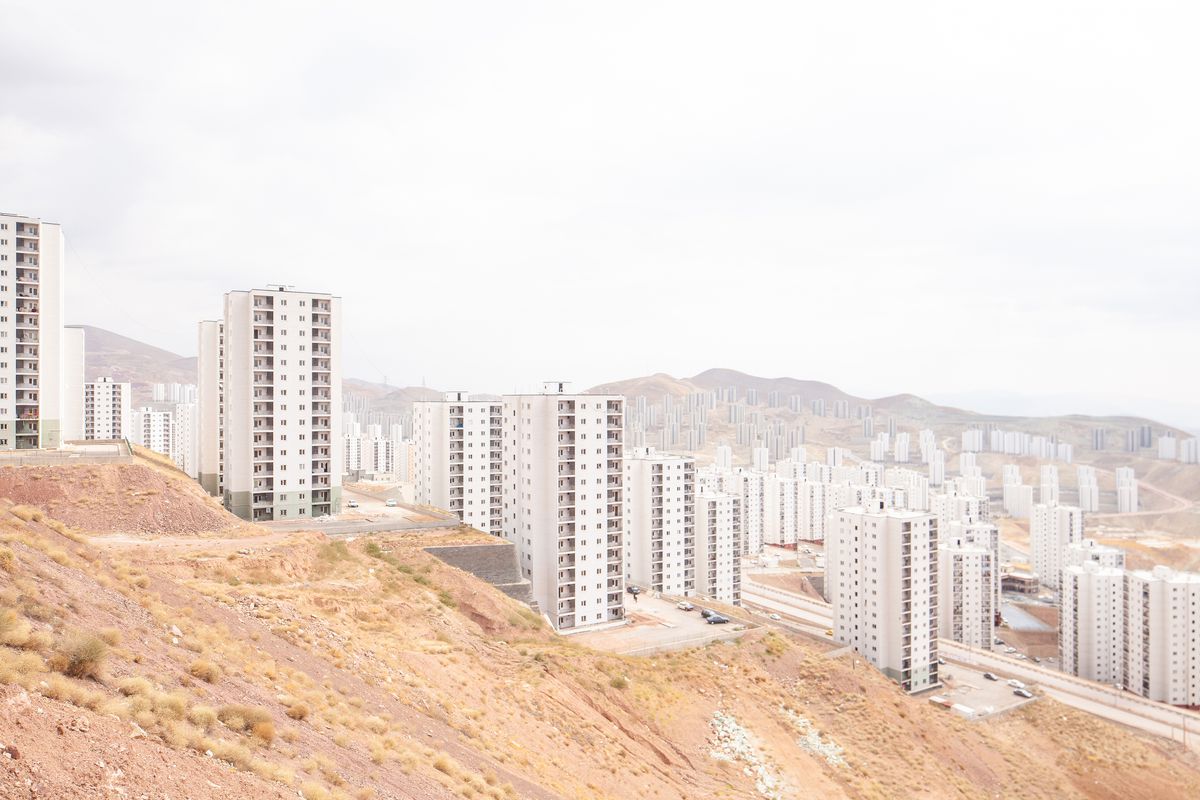 
Paradise does not exist. At least on earth where the paradise of some inevitably has to pay for it to others. Maskan-e Mehr is the name of the plan with which the Iranian government wanted to provide decent housing for all its inhabitants. The minimum turned into paradise, that is our time. To achieve this, in 2007 it launched a system of interest-free loans, free transfer of land, discounts on building permits and facilities for preparing the land so that the private initiative could join the public. The objective was to produce a million and a half social houses built not far from the big cities for those who did not have their own home. Another objective was precisely to decongest the metropolis like Tehranon the verge of twenty million inhabitants, and reverse the uncontrolled growth of that metropolis with other life options.

But people don’t just live in a flat. And the sum of floors does not build a city. That was demonstrated in Pardís (the etymological origin of ‘paradise’), half an hour from Tehran. The strategic plan included, in addition to the housing blocks, necessary facilities and services, such as roads and sewage or a drinking water network, which, however, were not developed. These deficiencies turned the housing blocks into uninhabitable places.

What happened? How can you plan with such ineptitude? The photographer Manolo Espaliúwho has been photographing these projects for almost a decade, explains that the private and public initiatives ran into a skyrocketing rate of inflation, fueled by the tightening of international sanctions during the Ahmadinejad government, and especially by the trump term. With these rates, private developers saw their profits decline and ended up abandoning many of the projects in full construction. There were seventeen cities, and more than a thousand new population centers, built in these 15 years. The plan to facilitate alternative housing concentrated the government’s energies and budget and the business of many private construction companies. They failed together.

Trained as an architect, Espaliú regularly publishes in GEO, GEO History Y Le Figaro Histoire. And he has been traveling in Iran for 14 years. It started because his father built some shipyards there. “And I always felt Iran as a mythical and distant place.” Beyond his curiosity about the Islamic world, this photographer is interested in historical heritage. Thus, beyond the memory/denunciation of Maskan-e Mehr, Espaliú signed the series Journey to Persiawhere he recovered the voyage of García de Silva y Figueroa —the discoverer of Persepolis— as Philip III’s ambassador. From the College of Architects of Seville, where he exhibits this Iranian series, explains that these unfinished communities were almost always built in arid, almost desert environments and with little regard for environmental issues. Of those completed, some 200,000 homes lacked access to service networks and basic sanitation. And in 2017, one of those cities, Sarpol-e Zahab, was hit hard by an earthquake in which more than 600 people died, precisely because of poor construction.

The poor quality of what was built, the abandonment of the projects and the lack of completion of the blocks made the project of providing housing for the disadvantaged fail. But in addition, the Maskan-e Mehr plan has gobbled up a good part of the country’s budget and has turned out to be one of the biggest obstacles to Iran’s economic recovery. Espaliú photographed Pardís shortly before the 2020 lockdown. “At that time the city consisted of 12 phases, many of them half built. The first ones were occupied, although with problems of lack of services”. The climate is harsh: it is a dormitory town but poorly communicated with the capital. That multiplied distance had caused another problem, he explains, “the uprooting of a traditional and religious population, such as the lower classes in Iran.”

This photographer has been working on his own map of Iranian failure for 8 years. The first city he photographed, in 2014, was Biryand, (South Khorasan) along the border with Afghanistan. Pardís is the last of the cities that he portrayed for the exhibition We find the Image of Braga. Now it can be seen at the College of Architects of Seville until June 24. Today, in iran, the occupancy density remains very low. “When the Maskan-e Mehr plan was finished, there were a total of 200,000 houses for which no one had signed up. It must be said that in order to register, strict socioeconomic conditions had to be met, not everyone could access them”. How was it calculated who could live in the houses and how many to build is another of the mysteries portrayed by Espaliú in that modern ruin lost on the outskirts of the cities of Iran?