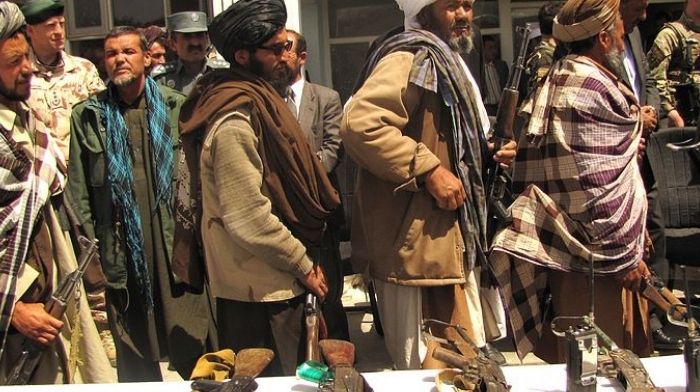 
By Adam Andrzejewski for RealClearPolicy

After a disastrous withdrawal from Afghanistan last summer, one would think that the United States would stop sending funds to the newly installed Taliban government. But according to Sen. Joni Ernst (R-Iowa), taxpayer dollars continue to flow to the Taliban in the form of humanitarian aid.

TO letter Ernst and 14 of his Senate colleagues to Secretary of State Anthony Blinken and Secretary of the Treasury Janet Yellen stated, “We are writing to express significant concerns about the recent announcement by the Treasury Department’s Office of Foreign Assets Control (OFAC) about the issuance of General Licenses (GL) authorizing the flow of US taxpayer dollars through the Taliban and the Haqqani network.”

“While we agree that the widespread famine and denial of the rights of Afghan women and girls are immediate problems that must be addressed with humanitarian aid and assistance, OFAC’s broad authorization puts too much taxpayer money at risk. flows through the Taliban or the Haqqani network to fund a predestined or wasteful list of services, such as activities to support the Taliban rule of law, educational exchanges in a country that now devalues ​​education for women and girls, and the endangered species research.

Exactly how much money flows into Afghanistan is unclear. According to Senator Ernst, most of the money is for humanitarian aid, however, the money has also been sent for other purposes, such as “endangered species research.”

The Biden Administration continues to issue General Licenses which grant “broad authorizations” to non-governmental organizations, international organizations, and the US government to export various materials and funds to the Taliban-controlled Afghan government.

While reasonable people can debate how much humanitarian aid the US should send abroad, giving broad authorizations to send free stuff to a terrorist state seems like a bad idea.

#WasteOfTheDay is brought to you by the forensic auditors at OpenTheBooks.com.