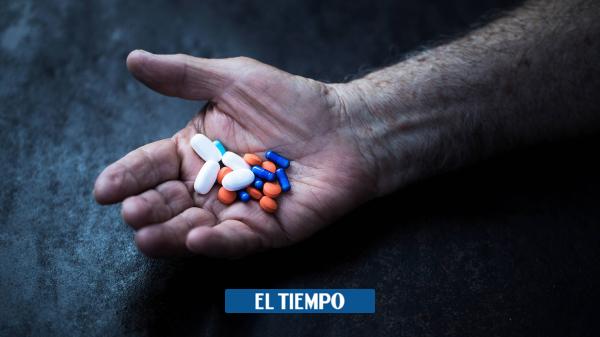 
The United States government announced this Friday that it would allocate $1,500 million to fight the epidemic of overdose deaths. The opium that plagues the country and which will be distributed to various states, indigenous tribes and regions.

(Also read: Fentanyl and firearms cause record deaths in the United States,

In a call with reporters, the White House reported Friday that the money would be channeled through the Substance Abuse and Mental Health Services Administration (SAMHSA) of the US Department of Health and Human Services.

1,500 million will be used to finance access to treatment, Removing barriers to some interventions and increasing recovery support services.

According to SAMHSA, the fund will assist “communities that are seeking to use all the tools at their disposal, from prevention to harm reduction, treatment and recovery of those in need.”

Of the total amount, $104 million will go to expanding treatment and prevention to rural communities most affected by the pandemic.

(can read: Drug overdose deaths in the US, a growing topic,

Pictures of fentanyl victims on the wall.

According to provisional data from the government Centers for Disease Control and Prevention (CDC) released last month, more than Drug overdoses killed 107,000 people in the United States between November 2020 and October 2021, Which represents an increase of more than 15 percent compared to the 2020 figure, the year in which 91,600 people died of overdose.

More than two-thirds of deaths in 2021 were due to synthetic opioids such as fentanyl.

Experts point to a variety of reasons for the increase in overdose deaths in the US. For example, the consequences of social isolation due to COVID-19 and the lack of support groups and services during the pandemic.

With this came the rise of fentanyl in the market, which is a hundred times more potent than morphine.

According to the CDC, since the turn of the century, approximately 850,000 people have died in America as a result of opioid abuse.

US Embassy’s key recommendation for people whose visas are expiring