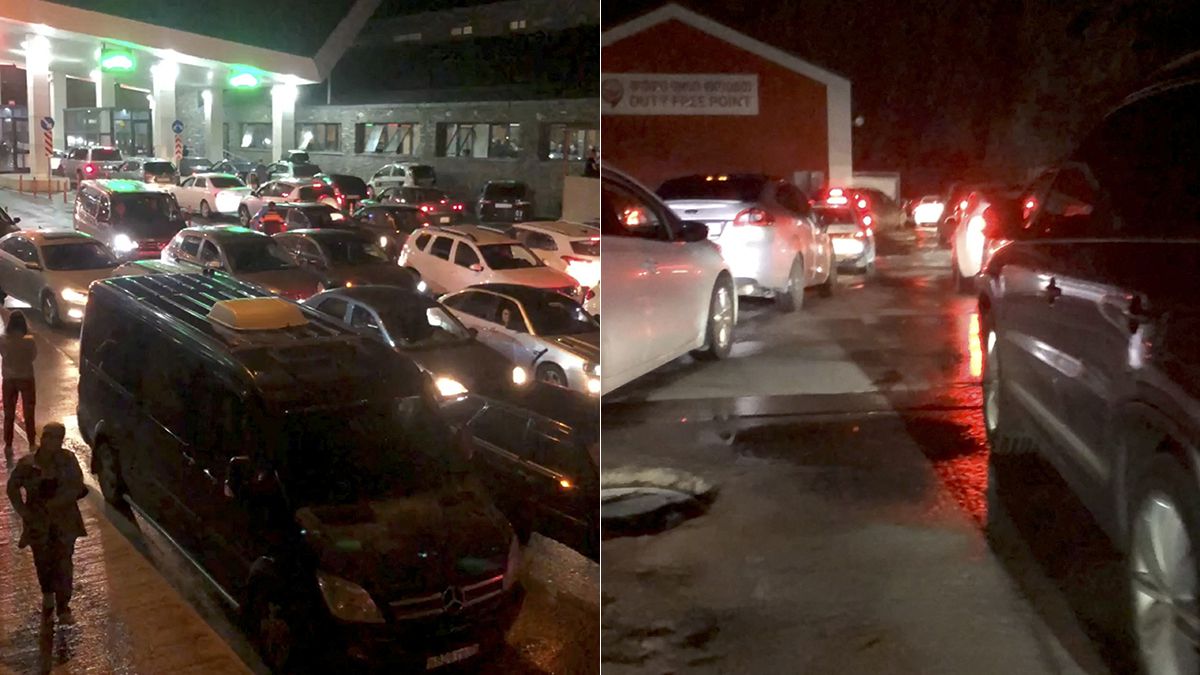 
In the absence of planes, thousands of Russians have taken to the road at risk of leaving their country mobilize in the invasion of ukraine, With the EU practically closed, their only viable land options are Georgia, Kazakhstan and Mongolia, the only countries that do not require visas and whose borders are overwhelmed by tens of kilometers of traffic jams and partially launched. Closed by anarchy.

In videos broadcast by drivers, a giant caravan is stranded between the Verzhny Lars Gorge, a pass between North Ossetia and the Russian territory of Georgia. Many flee the call for war, something that is incomprehensible to the presidential spokesman, Dmitry Peskov. “Somehow One Can Understand Hysteria”extremely emotional, in the first hours after the announcement […], But since yesterday all information and support lines have been activated,” the Kremlin representative lamented this Friday.

However, fear is not the flower of a day. “This is the chat where people tell whether they have managed to cross the border or not. Only on the night of the mobilization there were 12,000 messages, ”said Sofia, who left in a telephone conversation at the beginning of the war for the Georgian capital Tbilisi. When asked how his life has changed in recent months, he says, “For now I live, plainly, I’m afraid they’ll send my brother a recruitment notice.”

In that telegram channel you can read all kinds of stories. One Russian says taxi drivers help them cross the border on a gravel road for about 30,000 rubles, more than 500 euros at current exchange rates. Others celebrate having managed to escape the Defense Ministry’s call. “They let us go! No questions asked, I have a husband of 48 years and a son of 25 years, doubly relieved,” wrote Ekaterina this morning.

Going through that section is complicated at times. Journalist Nikolai Levshitz has a popular channel on Georgia, and notes that the bottleneck is increasing. “The traffic jam at the Verjani Lars checkpoint has worsened. The traffic jam has increased to 15 kilometers and the North Ossetian Ministry of Internal Affairs has blocked access roads from Vladikavkaz,” he said on Friday.

Despite the decree of partial mobilization, there is no problem in leaving the country for the time being. “99.9% of people can cross after checking on both sides of the border,” Levshits says.

The scene was repeated at other points on the Russian border with other Asian regions, including the Kizta crossing with Mongolia. A local news channel of the same name showed a large queue of cars on the first day of mobilization and highlighted that “there’s a big bustle.” The Russian Republic of Buryatia across the border, which played a certain role in the first hours of mobilization as dozens of parents from large families without previous military experience, were called. According to local officials, more than 70 men were later sent home after claiming they had more than four children and reportedly did not meet the criteria for recruitment set by President Vladimir Putin.

The other natural exit for Russians is Finland, after a total veto of the Baltic countries against the entry of Russians, even those with Schengen visas. According to Finnish border control, 4,824 vehicles passed through the Russian territory of Leningrad on Thursday, compared to about 3,000 in recent days.

“My mother had a denial of entry stamp in her passport with the letter I, which is a threat to the national security of Lithuania and the European Union,” Vera from Moscow told this newspaper. “What’s going to threaten retiring from Moscow?” He added that with great despair over the European blockade.