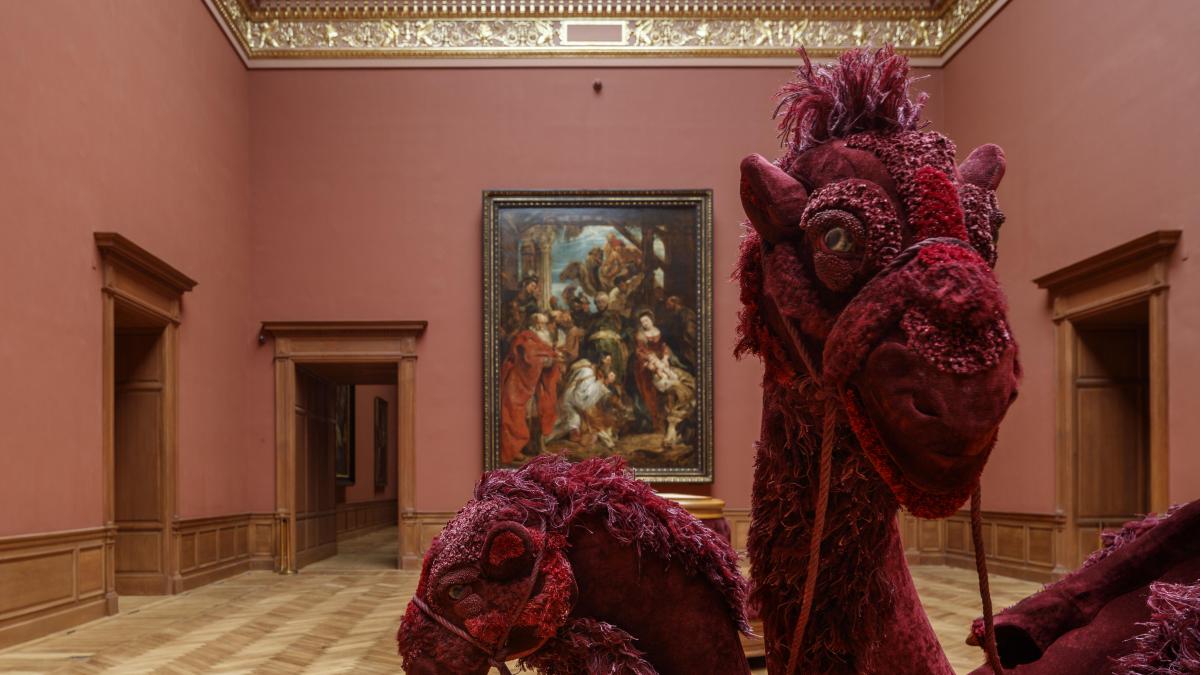 Table Of Contents hide
1. Now there are not one but two museums here. New rooms are inserted into the patio as if it were a Lego set
2. “We’ve Revisited Our DNA,” Says Director, For Whom Fouquet’s ‘Virgin’ Is His ‘Mona Lisa’
3. Like this:


It is unusual for all the bells in a city to ring together to celebrate the arts. This happened only once in Antwerp, when it received a convoy from Paris with altar pieces stolen from its churches by Napoleon’s soldiers in 1815, and they will ring again this Saturday when the Royal Museum of Fine Arts (KMSKA) ) will reopen after eleven years. The building which has undergone an intense remodeling work and an extension that has increased it by 40% but whose effect is not visible from outside. Apparently, nothing has changed behind the majestic 19th-century façade, although inside there is now not one but two museums of old masters and modern iconoclasts, and these two worlds now coexist under one roof. are in. So much to celebrate.

The Belgian city, one of the most prosperous cities in history, introduced a stopwatch months ago that counts the days, hours and minutes leading up to that moment. However reaching here has not been easy. The Kahn Architecten team of architects found that the condition of the building was worse than it seemed at first glance. They had to remove all existing asbestos and destroy the anti-aircraft bunker and anti-nuclear chamber built during the Cold War, instead creating a deposit that would serve during the Reformation – not all of them, monumental altarpieces. rubens as Worship of the Magician either baptism of christ They had to stay on the walls throughout the process because of the impossibility of being able to get them out through the door – and being able to keep them in reserve once opened had to stay on the walls. The museum has a collection of 8,400 pieces, of which 600 are on display.

Now there are not one but two museums here. New rooms are inserted into the patio as if it were a Lego set

But beyond this update, the real achievement of Kahn Architecten is to create a second museum of modern art by taking advantage of the four inner courtyards, fitting New buildings in the gap as if it were a simple Lego game. The result is ten new rooms with white walls and resin floors topped by large skylights that let in natural light.

“Usually architects want their work to be seen. On the contrary, our intention has been to integrate it as another function of the museum”, says architect Dickie Scipio. The cost of the operation has been 100 million euros, but perhaps with humility in times of crisis, those responsible recall that although this is certainly a significant figure, the Rijksmuseum in Amsterdam cost 375 million euros and the Kunsthaus Museum extension to Zurich. was estimated at 230 million euros.

Through the years the museum has been closed to the public, his works have not ceased to travel. He has given 1,196 works to museums around the world, from the Getty to the Prado, where he was The Virgin with the Child and Angels (1450) by Jean Fouquet, the leading French painter and miniature painter of the 15th century. “This is our Mona Lisa,” says KMSKA director Carmen Willems in what is truly one of the most outstanding works. from the collection. With a strange and startling beauty, the baby Jesus overlooks the breast of his mother, whose nudity dominates the painting.

“We’ve Revisited Our DNA,” Says Director, For Whom Fouquet’s ‘Virgin’ Is His ‘Mona Lisa’

But KMSKA has changed not only physically. The museum enters the modern world in many other aspects. No longer chronological passages, but thematic and the two worlds he proposes—the passage from one to the other marked by James Ensor’s macabre and surrealist paintings, of which he owns the largest collection in the world—are not always different. Rubens, Van Eyck or Bruegel the Elder meet new stars of contemporary art in Antwerp, Luke Tyuman, along with the great Dali. girl jumping rope in landscape Borrowed from Rotterdam, a video by Bill Viola, a portrait of a naked girl by Marlene Dumas, sitting naked Amedeo Modigliani or . By sixteenth of september by René Magritte. And all of them with a panel by Louis Borasi or a sculpture by Subirach.

“Before its closure, it was an institution with a conservative outlook, but we have reconsidered our DNA,” concludes Willems, who assures that the origins of the collection have also been studied: those looted by the Nazis. There are no works and only 57 donated pieces were financed by money from trade with the colonies.