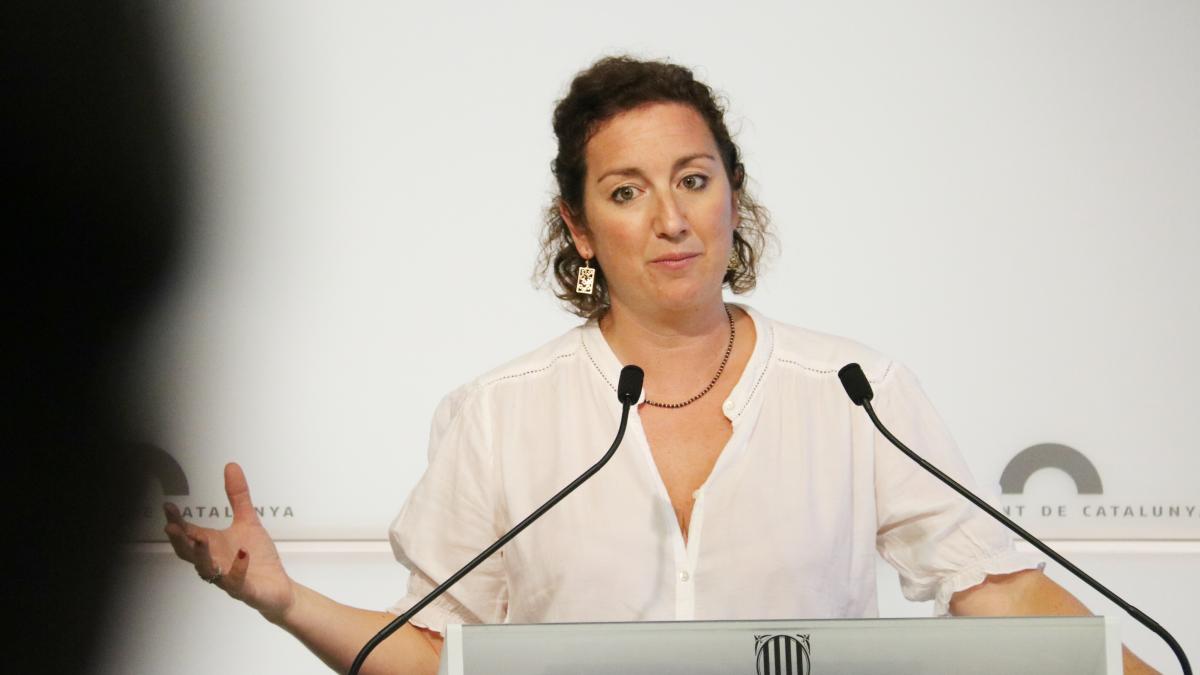 Table Of Contents hide
1. They see the president “fearful” because of the chosen format, which “looks more like a fourth investiture session than a general policy debate”
2. It seems that coming to Parliament is more of a formality than anything else”
2.1. In the debate, the PSC will emphasize sensitive issues for families and companies in times of economic crisis
2.2. Like this:

The PSC does not like the format of the general policy debate that will take place next week in the Parliament of Catalonia. They have denounced it in the management bodies of the Catalan Chamber and today publicly. They consider that the fact that the president, Pere Aragonès, does not have a time limit for his speech and has decided to respond en bloc to the parliamentary groups, instead of doing it individually, is a sign of “insecurity”.

The spokeswoman for the PSC-Units parliamentary group, Alícia Romero, has criticized the head of the Catalan Executive for having opted for this formula, which makes him take center stage in the debate and comes to dilute the role of the opposition. “It seems more a matter of trust” or “a fourth investiture session than a general policy debate”, lamented Romero, for whom this way of acting constitutes a new “disparagement” of the role of the Parliament of Catalonia.

They see the president “fearful” because of the chosen format, which “looks more like a fourth investiture session than a general policy debate”

The debate will begin next Tuesday 27 at 11:30 am, after the Government holds its usual meeting of the Consell Executiu; In addition, the president plans to deliver a long speech, lasting approximately one hour and 45 minutes, so that his “monologue” will end after 1:00 p.m., and the session will be suspended for lunch until early in the afternoon. In this way, Aragonès will also take center stage in the midday news.

In the resumption, the parliamentary groups will intervene, to which the president will answer jointly, a decision that for the Socialists “dilutes” the role of the opposition. “Nuances and approaches are lost (…) the meaning of the debate is diluted”, which is destined to mark the political course of the new course, they think, that is why the socialists believe that Aragonés is “very fearful” and accuses of “insecurity” .


This is not the only aspect of the debate that socialists do not see as appropriate. Nor do they like the fact that the parliamentary session has to be suspended for two days, to resume on Friday the 30th, because the deputy Eulàlia Reguant (CUP) has to attend her trial in the Supreme Court, accused of a crime of disobedience. “It seems that coming to Parliament is more of a formality than anything else and we feel bad about it”, Romero pointed out.

As for the approach that the Socialists will take to this debate, the spokeswoman commented that their resolution proposals will be linked to issues that concern citizens in times of economic crisis, with high prices and rising interest rates. “We have to be sensitive to issues that affect families and companies,” she justified.

In the debate, the PSC will emphasize sensitive issues for families and companies in times of economic crisis

Taxation can be one of them. In this regard, Romero has expressed the opposition of his group to lowering taxes because “they allow for good public services, while in Madrid the consequences are seen” of a downward fiscal policy, he has compared. In addition, “in times of crisis, everyone understands that we ask for a little more from those who have the most,” he argued, thus defending the central government’s intention to approve a temporary tax on large fortunes.

In any case, the PSC is in favor of making a “reflection on taxation in Spain”, recalling that the tax burden in our country “is much lower than that of the Europeans”.