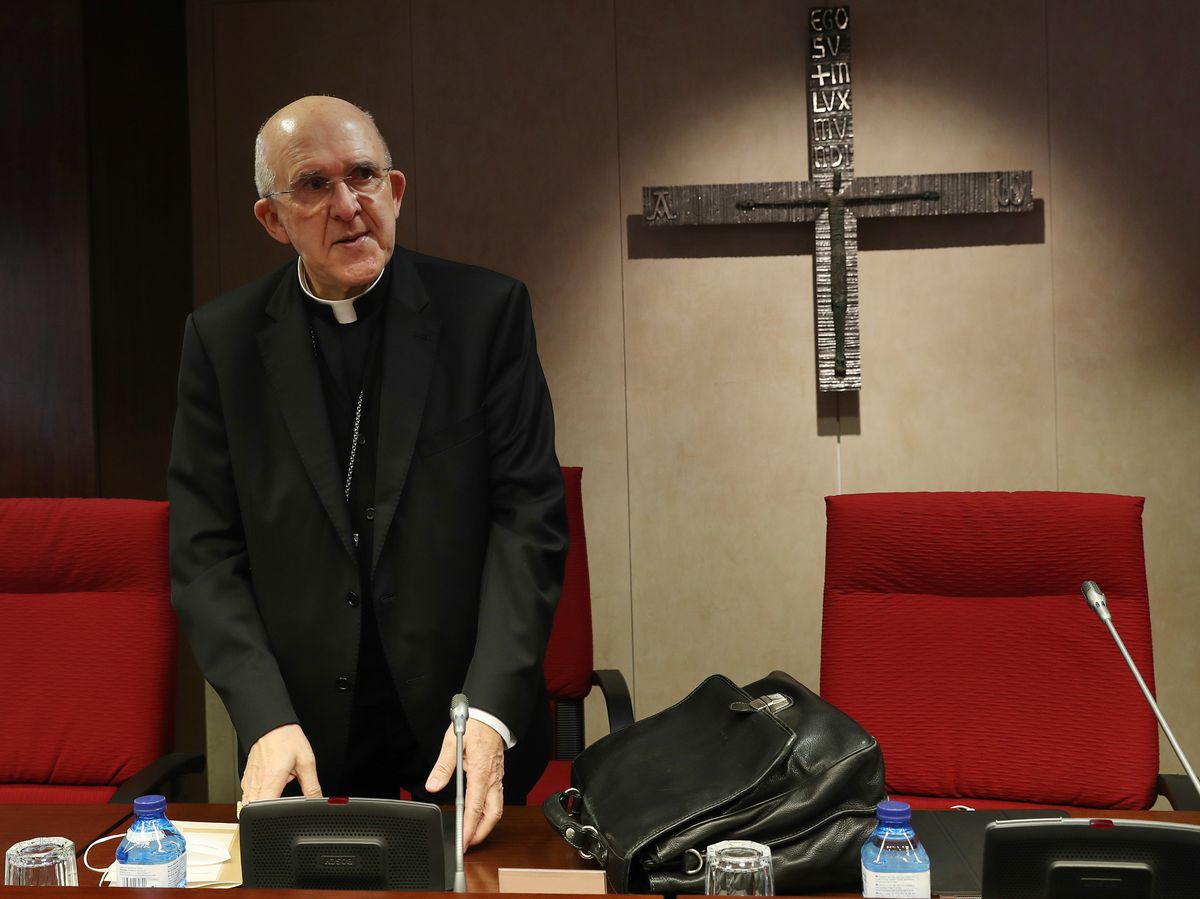 The State Attorney General’s Office disdains that the Catholic Church itself investigates cases of abuse of minors committed within it and its cover-up. It also qualifies as “of little use” the commission from the Spanish Episcopal Conference (CEE) to the firm Cremades & Calvo-Sotelo to carry out this task: “Partial audits or investigations entrusted by the Church to private law firms, where the victims lack a safe space in which to narrate their experience, must be ruled out and considered of little use and they are urged to fill out a form where it refers to them with the term ‘affected’, specifies the public ministry in a report that it sent this Tuesday to the Ombudsman, in which it analyzes the problem of abuse from its perspective and how to deal with it. In the document, to which this newspaper has had access, it warns that this type of commission must be independent, and considers the presence of the Prosecutor’s Office “essential” in the investigation that the Congress of Deputies has commissioned the Ombudsman, Ángel Gabilondo.

At the beginning of the year, the public prosecutor ordered the 17 superior public prosecutors from all over Spain to forward all criminal proceedings (complaints and complaints) in process referring to abuses of minors committed by members of the Church. He received 68 procedures, although he did not highlight which ones corresponded to the Catholic sphere and which to other religious institutions. The count, valued by the Prosecutor’s Office as “merely referential”, did not reflect the extent of the problem, since the resulting figure was a snapshot of an instant, that of the open cases of 2022. That calculation does not include the convictions of the past and neither the cases that do not reach civil justice, but are instructed in canonical processes.

In the text, the public ministry, supported by contributions from experts on the subject, describes the problem of abuse as a “criminal reality of unquestionable seriousness”, in which there is a great responsibility on the part of the bishops and superiors of the orders. religious, who frequently knew about these crimes in the past and did nothing: “That prior knowledge of the facts by the hierarchical superiors of the institution could have been the reason, among others, for not knowing the real number of cases, that many of them have been silenced and that at the time of trying to detect the dimension of what happened we find secret files, silenced complaints or a certain cover-up of the facts, which has as an alibi the time that has passed or the minimization of what happened, which undoubtedly raises the degree of suffering for the victims”.

The Prosecutor’s Office values ​​that “this situation of concealment”, “the minimization of sexual abuse by religious congregations” and the scant “assumption of responsibilities” are the reasons why the inquiries promoted by the Church itself lack real value and they do not fully cover the needs of the victims. “Logically, the mistrust that this investigation arouses in them prevents them from processing their complaint with minimum or serious guarantees that it can be processed,” he explains.

The public prosecutor’s office also points out that one of the obstacles it encounters to eliminate “this unfortunate scourge” is the existence of “a false belief of a certain immunity of the religious who committed the abuses”, being subject to canon law and, before January 3, 1979, as they were covered by the Agreements between the Spanish State and the Holy See, when to denounce a priest special permission was required from his bishop or superior. “Which meant a filter in which not all the complaints were processed. It is undeniable that there is a different approach to the causes and consequences that give rise to abuse by representatives of religious congregations and by those who suffer from it”, the report quotes.

The document also insists on the responsibility of the ecclesiastical leadership. For this reason, one of its proposals is “the possibility of a reform of the rules on the prescription of civil liability, which would allow the institutions to respond regardless of whether or not those responsible for the crimes are in a position to face a criminal proceeding”.

A widespread and silenced phenomenon

Faced with the recurring complaint of the bishops that an investigation into pederasty should not be limited exclusively to the scope of the Catholic Church, the Prosecutor’s Office argues that an initiative of this nature is justified because it is the most widespread religious institution in Spain “and in which more cases have been detected or have been silenced, which prevents having a real reference of the dimension of this phenomenon”. Reason why, according to the public prosecutor’s office, the problem of abuses in the ecclesiastical sphere “does not end with giving a response to the criminal act that has been denounced and accredited”. “It is necessary to promote other initiatives that allow the detection of cases that may have occurred in other historical moments, resorting to mechanisms other than the judicial one to be able to listen to and repair the victims and ensure the prevention of these behaviors,” the letter adds.

The model that the Prosecutor’s Office, according to the criteria of the publications of various experts, advises the Ombudsman to follow is the creation of an independent commission of experts that “must work over a period of time of a certain breadth to obtain better results.” That divides the work into three phases with different objectives: listening, dimensioning the phenomenon with an objective count, and repairing the victims. The team, the document continues, must work full time and “without links of any interest.” In addition, “it will have to be endowed with a sufficient budget item”. The document emphasizes: “What is important is that the professionals who intervene in the listening phase are totally independent of any religious congregation, thus avoiding possible defensive attitudes that lead to re-victimization.” As an example, the report cites the commissions created in Navarre and Catalonia, or those launched in the Basque Country for other types of victims.

Another of the proposals that the Public Prosecutor launches to the Ombudsman is the creation of assistance offices for victims, in which they can be offered information on the possible administrative and judicial procedures that they could initiate, advise them on specialized expert services or articulate the intermediation with other information entities for victims. On the other hand, he insists that his presence in the commission in which Gabilondo is working would provide it with “institutional reality” and would provide in each case the appropriate legal criteria to seek an effective response. “The prosecutor’s office would be part of that commission not as a public prosecutor or to determine specific facts, but to protect the victim and promote the necessary mechanisms so that they receive the necessary assistance,” explains the public ministry.

If you know of any case that has not been reported, you can send it to us through the email address [email protected]

This is how a hot blowout like the one in Cullera is produced: storms, heat, a very dry atmosphere and strong gusts of wind

Life and death of an Andalusian swamp: agriculture, tourism and lack of rain dry up the La Viñuela reservoir