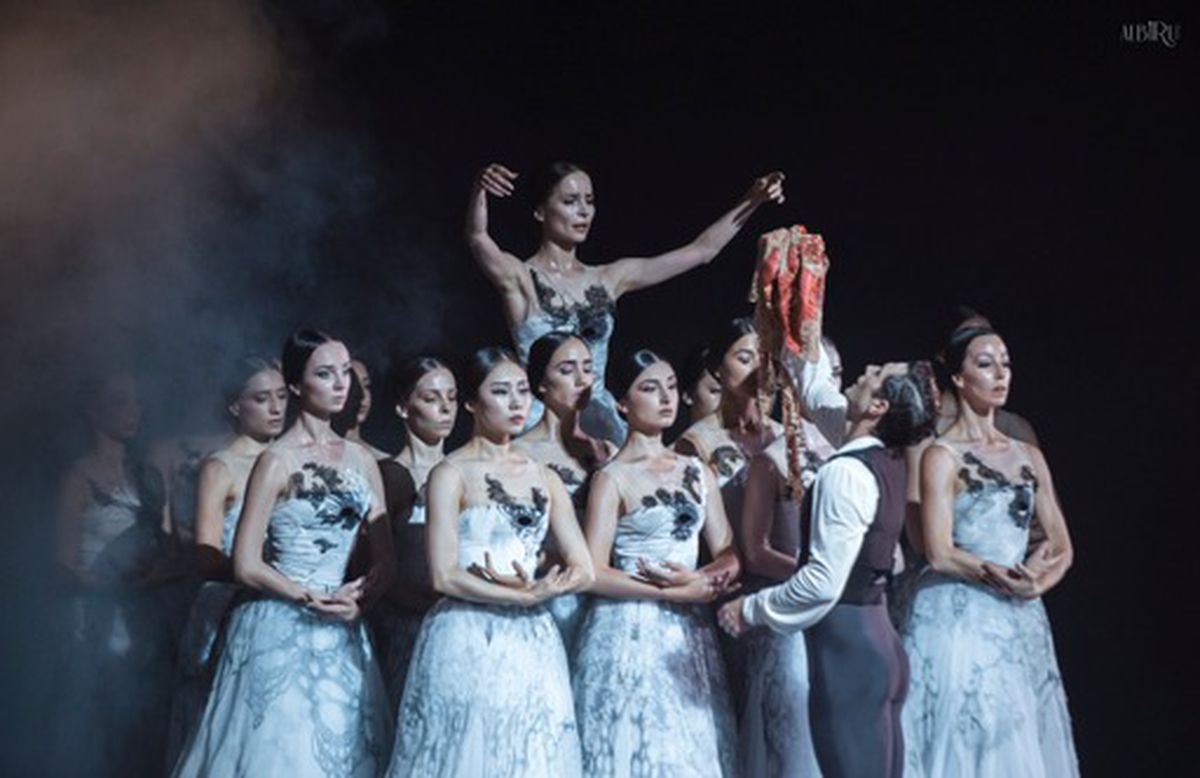 
The National Dance Company (CND) ends this weekend its substitution performances at the Teatro Real in Madrid, on the same dates that the Ballet of the Bolshoi Theater in Moscow had to perform with the bayadere, by Yuri Grigorovich, canceled due to Russia’s invasion of Ukraine. Originally, the Moscow group had to perform six functions. After the cancellation (the last of a Western European opera house with the official Russian company), the Real only agreed four performances with the CND between May 18 and 21.

In the functions, with their special and demonstratively supportive character, three of the five Ukrainian dancers who were part of the National Opera Ballet and who were welcomed by the CND after the Russian attack on his country. Anastasiia Hurska, Yelyzaveta Semenenko and Kateryna Chupina, the first in a solo role and the other two in the corps de ballet. It was planned that the leading male role of Albrecht would be danced by the artistic director of CND and choreographer of the adaptation of the work, Joaquín de Luz, but an untimely injury to his foot —which had already been dragging from long ago— occurred during rehearsals has prevented to dance In his place, De Luz has placed the Italian Alessandro Riga, who holds the category of first figure in the Spanish title company.

Thus, the cast of last night’s performance was also made up of Katia Janiukova in the role of Giselle; Anastasia Hurska in Mirtha, Queen of the Willis; Ana María Calderón from Santander and Mario Galindo at the Pas de Paysansalso commonly called Passage of the grape harvesters, as is known (but here the data is ignored) fragment foreign to the score by Adolphe Adam and original by Burgmüller.

Janiukova, born and trained in kyiv at the Ukrainian State Choreographic Institute, who was already a principal dancer with the kyiv Ballet, joined the English National Ballet (ENB) in London in 2014, where she has climbed the ranks to first soloist and has appeared as a guest in Japan and Latvia. Janiukova has already starred Giselle at the ENB, in the important historical version of Mary Skeaping, the formal and aesthetic trunk of many of the current versions of this romantic classic that we see all over the world, such as in Havana, Montreal, Stockholm, among other places. Janiukova’s dance is in good taste, with a satisfactory technical adjustment, although in the performance she struggled with the more than deficient orchestral direction.

Hurska as Queen of Wills, which is another nickname from the times of Romanticism with which this outstanding role is known, was the most solvent and confident of the evening. A poised dancer, with a powerful jump and a determined spatial occupation, she highlighted all the profiles of her role.

The participation as debutante of the very young Mario Galindo in these functions is one of the best surprises that the CND holds today. Galindo, born in Madrid and trained at the Mariemma Conservatory, where he graduated with honors in 2019, is making his first season in the company’s corps de ballet, where he joined in 2021, after a period of training at the San Francisco Ballet School, where he was selected for his special training program for promising dancers, danced last night with Calderón, they did not have their best night, but they have evident faculties. This Saturday at the function of matinee, Galindo plays the role of Albrecht for the first time.

Mirtha is a very important counter-character in the aesthetics and development of ballet Giselle. This is quite blurred in Joaquín de Luz’s version and in the chaotic and pedestrian drama on which he relies. If we analyze the dance itself, the canonical reading, this is already clearly seen: they respond to each other with aerial sequences of combined jumps, coupled with an expansive arm movement where their postures and doubts are almost vocalized; in Mirtha of seraphic domination, and in Giselle, of the search for a pacifying breath. They are good and evil fighting from the underworld, giving the living a lesson and the reason for a suggested redemption. Isaac Montllor’s Hilarión is clear and reaches the public; the dancer gives himself thoroughly and manages to convince.

Looking at the piece again, the only thing that improves somewhat is the staging of the second act due to the dimensional effect of the stage, but the production is seen as occasional and transitory, useless to garnish a repertoire that must be enriched and expanded with products that guarantee themselves a certain permanence and durability. Truly platitude, but that is the law of the theatre, as sacred as it is necessary.

The Ukrainian dancers hosted by CND will participate between July 20 and 31 in the presentation of a new kyiv Ballet at the Coliseum Theater in Madrid, as a traveling company that plans to work in Spain until the end of this year in charity seasons supported by the UNICEF and with the purpose of collecting funds to care for children torn from their roots and families by war. UNICEF estimates that there 7.5 million Ukrainian children in danger.

Rocío Márquez: ‘Flamenco and electronic music go hand in hand at the party, the dance and the body’