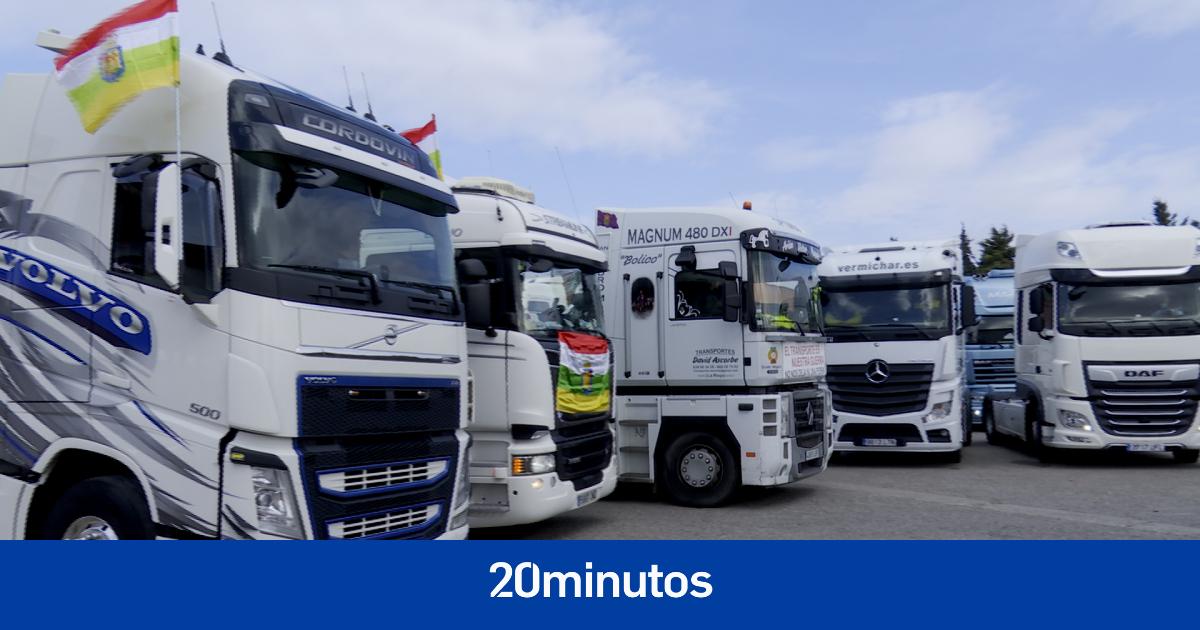 
Reach an agreement and call off the strikes that are threatening the country’s supply chain. That was the double objective that the Government had promised to fulfill this Thursday. However, they have not yet achieved neither of the two purposes. And it is that, despite holding a marathon meeting with the majority representatives of the transport sector, the Executive has not reached an agreement that satisfies the associations or that achieves the Platform for the Defense of the National and International Road Freight Transport Sector -not summoned to the meeting- call off the protests, which this Friday will be held for the twelfth consecutive day, including a demonstration in Madrid. In addition, they pretend to be received by the Government, which refuses.

“I hope that an agreement is reached, there is a will”, said the first vice president and minister of Economic Affairs, Nadia Calvino, already in his own Ministry at the end of the day in an interview on the channel 24 Horas de RTVE. Visibly tired, she assured that the Government’s will “was clear” and went through “finding an answer appropriate to the height of the difficult situation“.

However, that solution has not yet arrived after twelve hours of meetingsince the negotiations began at 11:30 a.m. with Calviño herself and those responsible for the Treasury and Transport, María Jesús Montero and Raquel Sánchez, respectively, on one side of the table and members of the National Committee for Road Transport (CNTC) , representative of the majority carrier associations, such as CETM, Fenadismer, ACTE, Anatrans, Astic, Atfrie, Feintra, Feteia, Fetransa, Fitrans, FVET and UNO, in the other.

No trace, yes, of the platform calling the stoppages, whom the Executive still does not recognize as a valid interlocutor (their argument is that the representation in the CETM was renewed in December and they did not manage to enter). “We are talking to the right interlocutors“, assured Calviño. Of course, the vice president did follow the line set by the Government in recent days under which they have qualified the poster of the “far-right” group that was hung on them the first days of the strike. “I do not know that the Government has said something like that”, defended the person in charge of Economic Affairs a week after the Minister of Transport said that the organizers of the protests were “groups supported by the extreme right that use violence and not words to present their demands ”.

Thus, the negotiations in the Ministry of Transport dealt with the amount of money per liter of diesel to be discounted and for how long. The fork offered by the Government is between 15 and 30 cents per liter, an aid that would be paid at the moment. For this, the Government proposes to mobilize around 500 million eurosan amount that Sanchez agreed with the CNTC last Monday in another meeting with the sector. Of course, that amount was not accepted by all parties this Thursday either, since there were voices that requested an increase in public spending up to 1,000 million euros so that the aid could be extended for a longer time. For it to be effective, the Government is also open to limiting the price of fuel.

Last Monday, the change of the professional diesel refund system was also agreed. According to ministry sources, currently carriers are returned around 50 cents per thousand liters every three months. However, Transportes agreed with the CNTC reduce that period to one month. Likewise, the variation index of the price of professional diesel will be published, which will give the sector “greater certainty when it comes to forecasting prices”.

There will be no tax cut

Another point on which the parties agree is that there will be no tax cuts to the sector. Carriers believe it would not have much effect on the price and the government argues that the tax rates are already low enough and they have little room to lower them further.

Currently, the tax on hydrocarbons It is already practically the minimum allowed by European regulations. and VAT can already be deducted by carriers as long as they invoice the activity. “Lowering taxes would not be a solution,” argued Calviño, who insisted that “fuel taxes are among the lowest in Europe and carriers have told us that the solution does not involve a VAT reduction.”