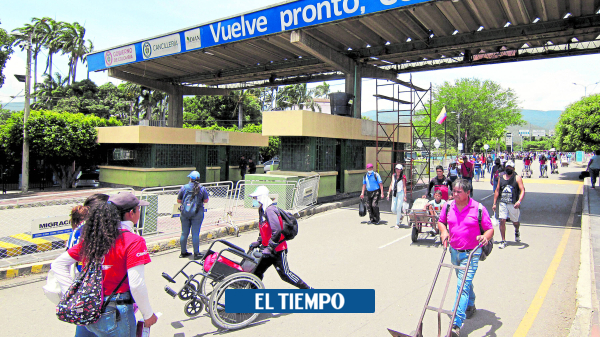 Some 80 congressmen, 50 from Colombia and 30 of Venezuelawill meet on Sunday at the border between the two nations, which reactivated their diplomatic relations with the arrival of Gustavo Petro for president.

Parliamentarians from both countries have given signs of what this meeting will be like, which will begin in Simon Bolivar International Bridge, where the Venezuelan delegation will be received by the Colombian congressmen and later they will meet in Villa del Rosario. The appointment is to enable 24 hours the border crossing

(Also: Gustavo Petro says that in “a matter of days” negotiations with the Eln will begin)

From the Colombian Congress they explained that the idea is to strengthen the ties between the two nations, which have historically been sisters but have been estranged in recent years due to disputes between Bogota Y Caracas.

There will also be representation from border authorities and during the talks it is expected to learn about the needs of the border area to promote projects that benefit these territories.

The president of the National Assembly of Venezuela, Jorge Rodríguez, stressed that the opening of the border is excellent news, especially for the border states: “That immense amount of territory that we share on that common border has to be put back at the service of peace, at the service of harmony and economic and political activities”.

“Within the framework of the resumption of relations between the sister peoples of Colombia and Venezuela, between the government of President Gustavo Petro and the government of President Nicholas Maduro Moorsand the normalization of relations between the two States, which should never have been subjected to situations of extreme violence that unfortunately we had to suffer in the past, we have agreed both parliaments to hold a binational meeting on the border”, added the parliamentarian.

(In other news: Divorce in Colombia: do I have to have their consent to separate from my partner?)