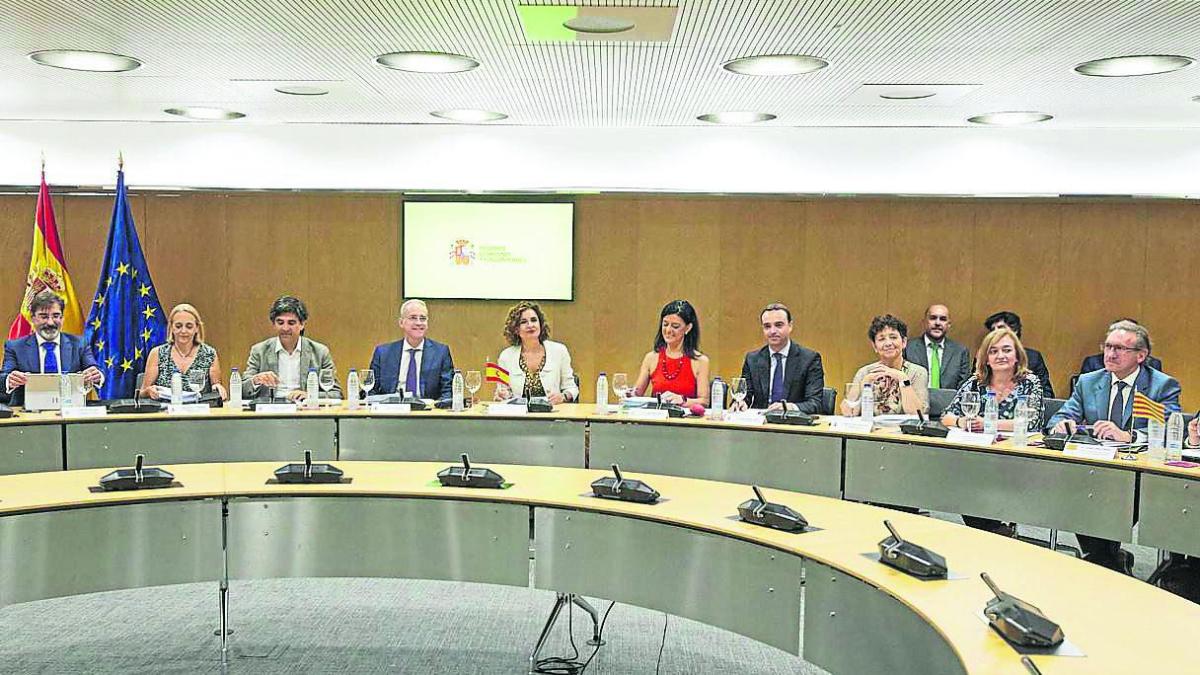 Table Of Contents hide
1. The Executive and the PSOE admit that in the remainder of the mandate the financing debate will not be resolved
2. Treasury opposes the transfer to the autonomies of “the greatest resources in history” since 2020
3. Like this:


This will definitely not be the legislature for regional financing, despite the fact that Pedro Sánchez proclaimed it in his investiture speech as Prime Minister in January 2020. The leader of the PSOE proposed updating the financing system “without delay” in force, which had expired in 2014, but he already warned that he could not do it alone. “We are also going to need the conservative caucus,” he demanded. But without success.

More than two and a half years later, after facing a succession of supervening crises –from the coronavirus pandemic to the war in Ukraine, with its harsh consequences on the economic scene–, the Government and the leadership of the PSOE already openly assume that the of regional financing “will not be a debate that is resolved in this legislature.”

This finding comes in the heat of the tax reduction offensive deployed by the autonomies governed by the PP, with Andalusia in the wake of the Community of Madrid and to which Murcia is now also added, and the clash produced with the central Executive. The Minister of Finance, María Jesús Montero, corrected the shot of the Minister of Inclusion and Social Security, José Luis Escrivá, and defends “homogeneous taxation” in all the autonomies, which prevents some of them from seeking to compete as “tax havens”. But the minister admits that the promotion of said regional harmonization of certain taxes, such as wealth, “will occur within the framework of the regional financing model, when we have sufficient consensus to address it.”

And both the Government and the PSOE admit that at this time any consensus with the PP is impossible. Especially in an issue as explosive as that of regional financing, which leads to a tough fight between communities that defend their territorial interests regardless of their political colors. Ask the President of the Government who managed to approve the current model in 2009, the socialist José Luis Rodríguez Zapatero, who in order to achieve the final agreement had to wage an intense battle, to begin with, with the Generalitat de Catalunya, then chaired by the also socialist José Montilla.

The immediate electoral calendar, according to socialist sources, also prevents being able to face the approval of a new financing system in the remainder of the legislature. Sánchez himself is already immersed in an intense campaign before the regional and municipal elections next May, which will be the prelude to the general elections scheduled for December 2023.

Despite the impossibility of updating the financing model, in the Government they defend that during this legislature “the greatest resources in history” are being transferred to the autonomies, with funds of 16,000 million in 2020 and 13,000 million in 2021 to deal with the pandemic, and an extra financing of more than 7,000 million in this 2022. In addition, in the Treasury they highlight that this year the communities of the common regime will enter up to 111,276 million in concept of deliveries on account of the financing system, “the highest figure in the historical series.

The current model was approved in 2009, for a period of five years, so that it expired in 2014. And taking into account that after 2023 dominated by elections there will not be a new government until 2024, the conclusion is that the system is already heading to accumulate ten years of expiration until it can be renewed. A round figure that the regional presidents of the PSOE who most demand a new financing system brand as “terrible”.