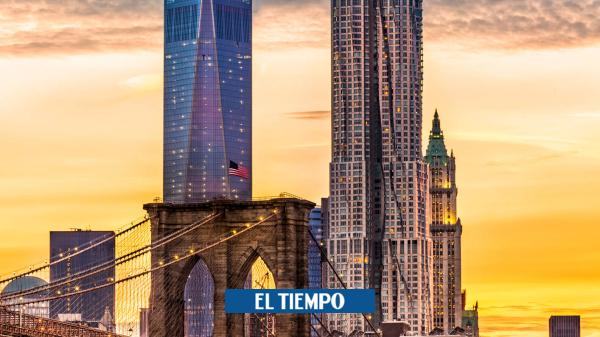 Table Of Contents hide
1. In the United States, the investigation into the death of Lady Paola Martínez Villalobos continues.
1.1. Receive the best information in your email from national news and the world
1.2. Like this:

In the United States, the investigation into the death of Lady Paola Martínez Villalobos continues.

The Chancellery issued a statement this Friday about the case of the death of the Colombian Lady Paola Martinez Villaloboswho died in New York City, United States, in a shelter for migrants.

(You may be interested: Hint from Boric to Petro? He questioned the violation of rights in Venezuela)

(Don’t stop reading: Álex Flórez: Petro says that to be a good congressman he must stop being arrogant)

They stated that the consulate “learned, on September 19, 2022, through local media, of the death of a woman, presumably of Colombian origin, in a shelter for immigrants in new york citywhere he was with his two minor children”.

They say that that same day, the consulate contacted the Commissioner to Immigration Affairs of the Office of the Mayor of New York to verify the truth of the facts.

“On September 20, the Consulate received confirmation of the Colombian nationality of the deceased from the Office of the Deputy Director of Forensic Investigations of the New York Police. In addition, it was informed that there was an ongoing investigation.”

A day later, they explain, “communication was established with the father of the children in Colombia to provide him with consular assistance in cases of death. In addition, the aforementioned citizen reported that he had had communication with his children and indicated that they were at the house of a relative of the deceased in New York”.

(We recommend you read: Iván Cepeda gives new draft details for the reception of criminal gangs)

They assured that they will continue to provide service of assistance to the family of the deceased.