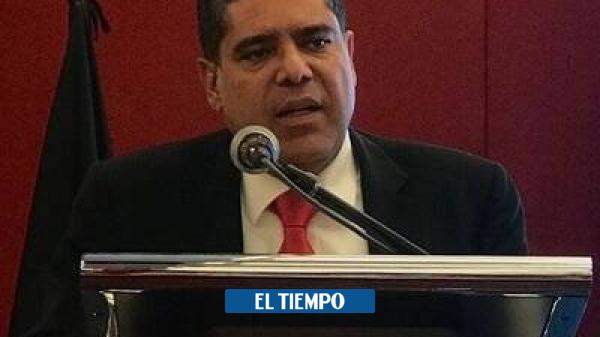 Carlos Hernan Rodriguez Becerrathe political leader who has in his accounts the necessary support to become the new Comptroller General of the Republiche was saved from being assassinated by the then Farc-Ep guerrilla. In another paradox, the Comunes party, which emerged from the peace accords with the state during the administration of Juan Manuel Santos, plans to vote for him to elect him.

(Grass: Cric has first deference with Francia Márquez for prior consultation)

He was saved from kidnapping because that day he was at a doctor’s appointment with his son.

Indeed, this lawyer from Palmira from the Santiago de Cali University, a specialist in Administrative Law and a master’s degree in Constitutional Law from the Free University, was a deputy of the Valley Departmental Assembly in the period 2001-2003.

Rodríguez was exercising this position in April 2002, when members of the 30th Front of the FARC They kidnapped their 12 companions, took them into the mountains and after a painful captivity they murdered them.

He was saved from kidnapping because that day he was at a doctor’s appointment with his son. Eleven of the twelve hostages were killed. In that shocking page of the country’s history of violence, only Sigifredo López survived the execution.

Since the kidnapping, Rodríguez Becerra, who was vice president of the assembly, assumed the presidency of that corporation, being left without holders. About 12 days after the plagiarism he was among those who led a march for the freedom and life of colleagues.

The families of the kidnapped deputies They asked him not to meet with his other 12 companions who did not fall for the kidnapping until a step was taken to avoid a deadly persecution at that time.

Assassination of deputies of the Valley. On June 18, 2007, FARC guerrillas assassinated eleven of the twelve Valle del Cauca deputies who had been kidnapped five years earlier.

The then government of President Álvaro Uribe Vélez clarified that they had not carried out any military rescue operation and accused the FARC of having killed them in cold blood.

It was on June 18, 2007 when the FARC guerrillas killed them. After a series of videos distributed by the guerrillas, on June 28, 2007, in which the kidnapped deputies sent messages as proof of survival, the organization announced that eleven of the twelve deputies had died in a confrontation with a group unidentified, who attacked the camp.

The then government of the president Alvaro Uribe Velez He clarified that they had not carried out any military rescue operation and accused the FARC of having killed them in cold blood. The FARC later admitted through a statement that the deputies had been assassinated by order of Pablo Catatumbo and Alfonso Cano, for what they called a “security failure” by their own men.

The rescue of the bodies was also very painful. In this work, the now Minister of Foreign Affairs, Alvaro Leyva Duranwho accompanied the mission of the International Committee of the Red Cross (ICRC) to rescue the bodies.
Now, the members of the Comunes Party announced that they would vote for him to be elected the new Comptroller General of the Republic.

In those days of unbridled violence, Rodríguez was left with enormous frustration. He was the one who spoke out in a proposal before the Association of Assemblies seeking to analyze a Humanitarian agreement, a year after the kidnapping. This, in the end, did not come true and the kidnapping ended as it did, to the pain of the country.