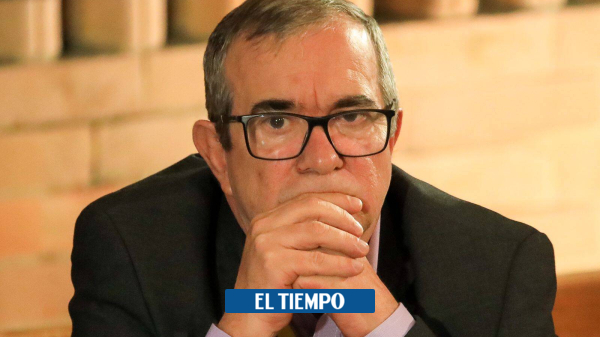 Rodrigo Londoño, president of Comunes, a party that emerged after the peace agreement between the FARC and the government, spoke with EL TIEMPO about various issues, including dialogue with dissidents.

You may be interested in: Meeting with Maduro is not currently on the agenda: President Petro

In Comunes is there something that worries you about the Government?
We are concerned because the institutional framework for the implementation of the agreement has not started, for example, in Cesivi, in the CNR, the National Guarantees Commission. There is Daniel Rueda, whom we appreciate and we know of his abilities, but another official is needed to be there, who has political muscle, who allows coordination of all government instances based on implementation.

How did you see Petro’s speech at the United Nations?
What he did was a critique of capitalism. I think he hit the key point where he was and hopefully the world leaders and the United Nations, based on these reflections, begin to consider, for example, the revaluation of the war on drugs.

Does it have to be reassessed?
Of course, that is proven to be a failure. Here we have lived it, we have been for how many years and what has been resolved. More and more the phenomenon increases, more and more this phenomenon affects the coexistence of Colombians.

Well, you know the ELN perfectly, do you see a future for a dialogue with the ELN?
Well that will depend. There are two parts that can speed up and it will depend on the will. I believe that there are different conditions here than those that occurred during the conversations with us. I do see prospects that this will be achieved in a time, let’s not say too short.

Do you think that the dialogue mechanism with the dissidents should be the same as with the ELN?
Well, I believe that it is a definition that is within the jurisdiction of the President. I believe that if there is political will, the space must be opened to put an end to one more factor of violence in the homeland in Colombia.

Do you feel that the FARC is being revived with the dissidents, as the commissioner has stated?
The FARC have already disappeared. I do not dare to disqualify the commissioner, I know his qualities and his will. I believe that a reassessment is needed here because here at the internal level I have received many expressions of concern from our people below, in the regions, in the spaces. There, many ask us, what is happening and what is going to happen with the agreement? I think that there, I don’t know, maybe lack of experience. All this has generated doubts, and I think it is very important that the Government analyze this message very well.