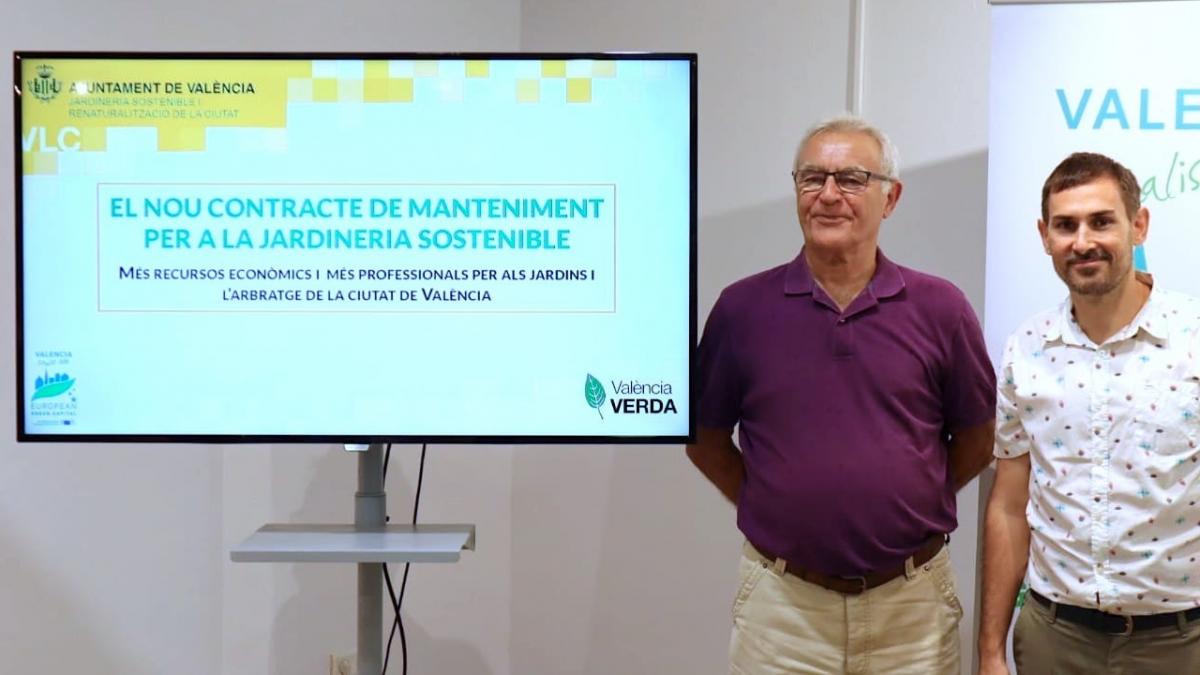 Table Of Contents hide
1. In terms of succession
1.1. The ordering of the list agreed upon by the parties will be more relevant this year; in case of going into opposition, the succession debate could not be postponed
2. Other names
2.1. Grezzi and Beamud seem fixed on the list, Fuset will depend on the trial
2.2. Like this:


The councilors and leaders of Compromís now have less than 15 days to make public their intention to be on the list that the Valencian formation will present with the intention of revalidating the Mayor’s Office of Valencia. Everything indicates that the trustee of the parliamentary group and leader of Més Compromís in the head and housePapi Robles, will take the step with the intention of becoming Joan Ribó’s squire and number two. However, she assures that she has not yet made a decision about her political future.

Robles is the best placed to be the two since she leads the majority party in the coalition that already in 2015 (with Consol Castillo) and 2019 (Isa Lozano) raised a woman as Ribó’s lieutenant. And it is that the idea that the parties transfer to The vanguard is that with the names that are presented, the parties negotiate and agree on a list respecting the current balance. In the current composition of the municipal group there are four mayors from Més Compromís; three from Initiative, two from what were formerly adherents; and one from Els Verds.

Who surely takes the step is the deputy mayor Sergi Campillo (of Initiative) who could be like three given his relevance in the City Council. He is a person of the highest confidence in Ribó and has even sounded like a future successor to the mayor. A melon that, luckily for Compromís, is still not going to open. All in all, the ordering of the list agreed upon by the parties will be even more relevant this year, because in the event of going to the opposition, the succession debate could not be postponed.

The ordering of the list agreed upon by the parties will be more relevant this year; in case of going into opposition, the succession debate could not be postponed

Sources consulted by this newspaper point out that no major changes are expected in the list. Some suggest that the current Secretary of Health, Isaura Navarro, another of the powerful profiles of the Initiative, could end up in Valencia.

No one doubts that a figure like Giuseppe Grezzi, whose imprint on the changes in mobility that the city has experienced has permeated the progressive electorate, will repeat on the list. He will no longer do it as a green fee since he left this match. Thus, this reservation of plurality for environmentalists would ensure the continuity of councilor Lucía Beamud.

There are more doubts about Pere Fuset. He was for years one of the most important assets of the government team, but his legal problems separated him from the political front line. Compromís sources explain that Fuset’s trial is scheduled for December and that “if all goes well he will be on the list.” More complicated will be who replaced him as head of Festive Culture, since Carlos Galiana does not have the favor of the current management of Més Compromís in the city.

Many applicants and that some, such as the president of Les Corts Valencianes, Enric Morera, have given up trying given the complication of putting head in a candidacy so complicated to prepare.