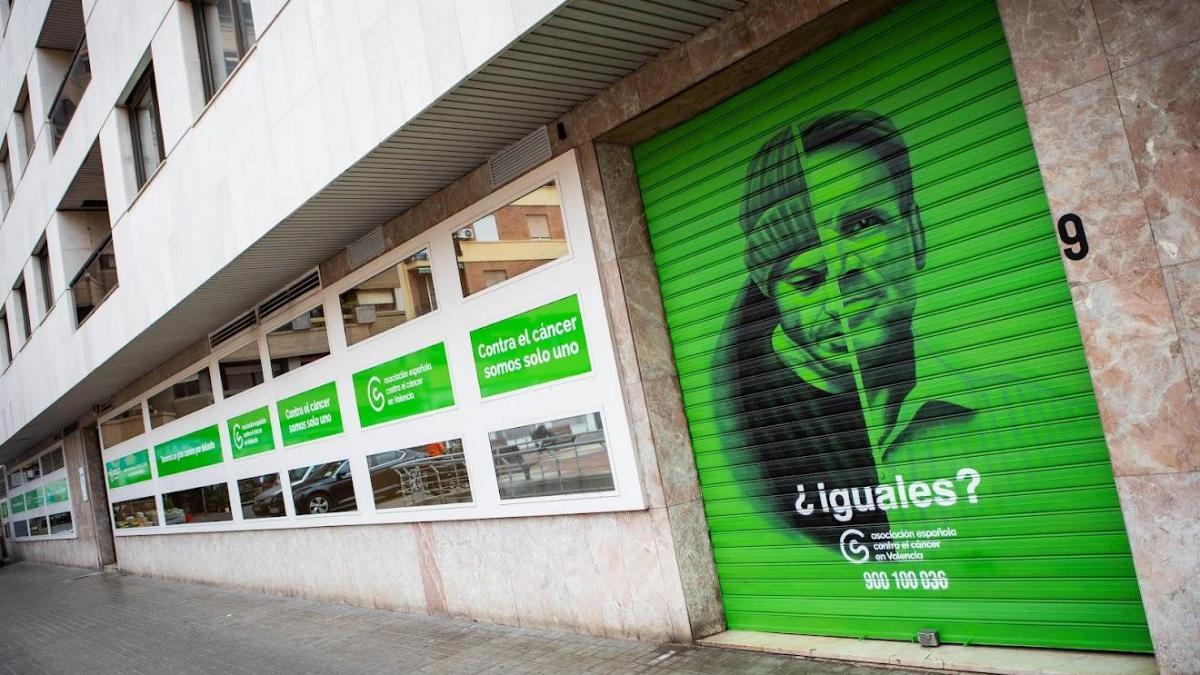 Table Of Contents hide
1. The most vulnerable profile: women between 50 and 59 years old, with a salary of 900 euros or unemployed
2. Aid from AECC València from 150 to 400 euros
3. More advanced cancers, higher costs
4. The testimony of Daniel Hernández: “Without the same facilities, inequality increases”
5. “Round up the buy” for people with cancer
6. Like this:


The vice president of the Spanish Association Against Cancer (AECC) of Valencia, Dr. Antonio Llombart, said last Friday that this disease killed 11,515 people in the Valencian Community in 2021. They are more than double those who have died from the Covid-19: in two years there have been 8,594 people (as of February 3, 2022). Therefore, we warn that “cancer mortality is high” (around 35%), so “it is still a true pandemic.”

In addition to mortality, AECC València wanted to make visible on World Cancer Day that this disease accentuates inequalities. And it is that they number 3,240 patients who are in a risky employment situation and cannot afford the cost of cancer.

They estimate that it means between 150 and 300 euros per month in medicines, travel or orthoprosthetic material, in addition to the usual expenses (electricity, water, rent or food). To these costs should be added the loss of income produced by sick leave or reductions in working hours.

According to data from the AECC Observatory, the Valencian Community had a total of 2,992 self-employed patients, unemployed or with a salary below the minimum interprofessional salary in 2019. After two years of the pandemic, this figure has increased by 10%.

The most vulnerable profile: women between 50 and 59 years old, with a salary of 900 euros or unemployed

According to the study The economic and social impact of cancer in Spain of the AECC, families assumed 45% of the costs of cancer, some 8,685 million euros per year. “For a person who is paid less than 900 euros a month, it can be a situation of extreme vulnerability,” explains María Jesús Dolz, a social worker at AECC València.

The Valencian Community is the fourth autonomous community -behind Andalusia, Catalonia and Madrid- with the largest number of people in a risky employment situation, who work as self-employed, who receive a salary below the interprofessional minimum or who are unemployed. This vulnerability can occur before the cancer or as a result of it, derived from the expenses and the loss of income that the disease process implies.

There is also a gender gap, since the economic and social impact of the disease is more noticeable among Valencian women between 50 and 59 years of age, who are unemployed or receive less than the minimum wage. These women are the ones with the greatest significant psychological distress.

“If the first wave of the coronavirus left delays in diagnoses and in the administration of treatment, now we find ourselves with a growth in economic and social vulnerability that is reaching Valencian homes with cancer. We want to offer answers to these inequalities”, said Tomás Trénor, president of AECC València.

The association’s emergency financial aid is aimed at covering the cost of water, electricity, rent, food and ranges between 150 and 400 euros. The only requirements to access this benefit is to be in active treatment of the disease and to prove the lack of income of the family unit.

“We grant these resources so that there are no people who choose between paying the expenses of any household or facing the costs of the disease,” explained Dolz.

Llombart recorded the importance of early diagnosis and primary prevention, for health (probability of overcoming the disease) and for economic savings for public and family areas. And it is that “the cost varies a lot depending on whether it is in an early or advanced phase.”

The testimony of Daniel Hernández: “Without the same facilities, inequality increases”

Valencian Daniel Hernández is a survivor of synovial sarcoma, a rare type of cancer that usually occurs in young adults. He detected it three years ago in a lump on his foot, and after an operation that was performed “without oncological criteria”, he had to amputate his leg.

That totally changed his life – he traveled a lot for work and was very athletic – and he and his family had to receive psychological support from the AECC. “It has been a roller coaster ride where resilience has been very important,” he said.

“There are many phases in which, if we do not have the same facilities, inequality between patients increases,” he admitted.

In his case, for example, he had to have an orthopedic leg implanted: “One to lead a normal life costs 7,000 euros and the government subsidy is the same now as it was 20 years ago: 3,000 euros.” For this reason, he defended that both taxes and aid be “progressive”.

Hernández recounted, with satisfaction, that he had already been able to complete the 10K in Valencia, the Santa Pola half marathon and had skied again. “I face this 2022 with great hope, and above all, with the desire to live,” he settled.

“Round up the buy” for people with cancer

To highlight this and other inequalities, the AECC has launched the campaign “We are not all the same when it comes to cancer” at the state level.
Likewise, it has allied itself with Consum to carry out, from last Friday until February 11, a collection action in the 466 supermarkets distributed throughout Spain. Donations can be made when paying for the purchase or on the page www.lacompradetuvida.es.