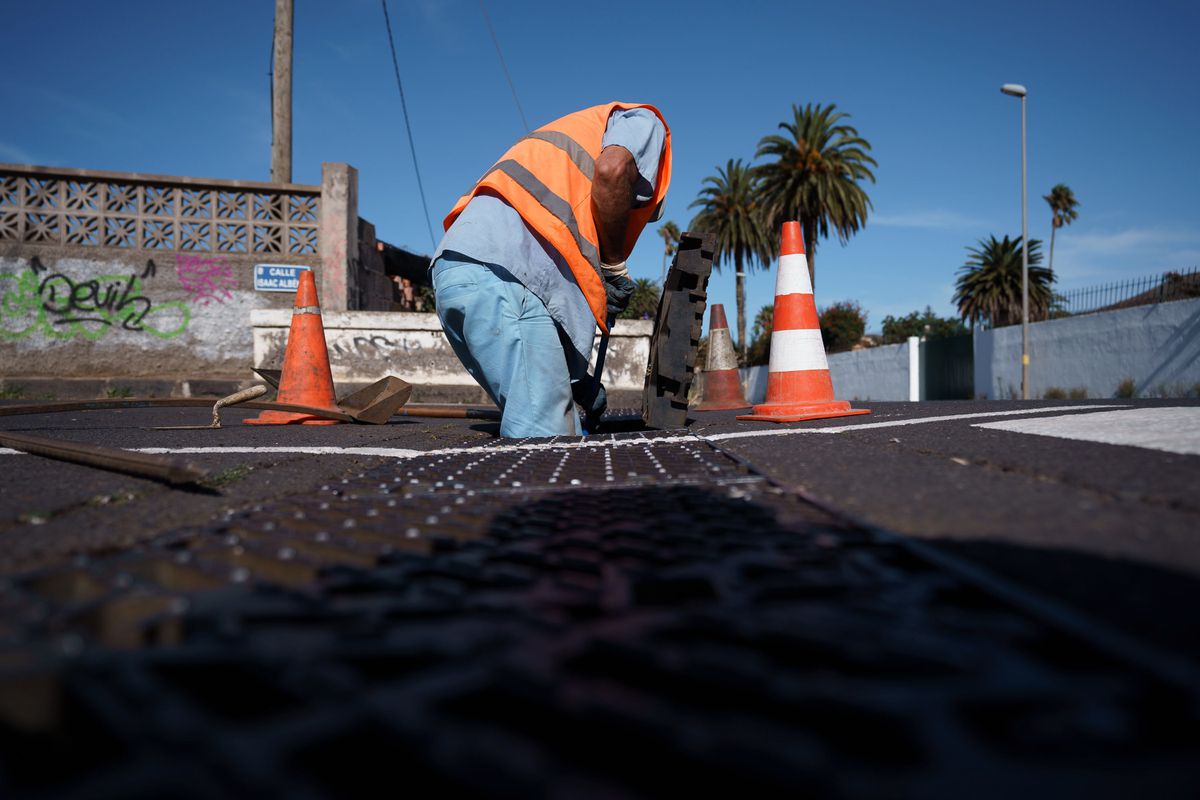 Weekend of maximum alert in the Canary Islands due to the forecast that the tropical cyclone have, that has formed between the islands of Cape Verde and the African coast cause “widespread, intense and persistent rainfall, accompanied by storms, during the weekend and the following Monday.” so what The State Meteorological Agency (Aemet) has warned, citing forecasts from the Miami-based National Hurricane Center (NHC), which is the body responsible for monitoring tropical cyclones in the North Atlantic. The Aemet rules out that the phenomenon passes through the islands. However, he considers that the indirect effects due to the proximity of the storm can produce intense rains, especially in the province of Santa Cruz de Tenerife, and especially in the summits of Tenerife and La Palma. A cyclone can have different phases: tropical depression, tropical storm and, the most severe, hurricane. In this case, the NHC expects it to reach tropical storm status on Saturday and then drop to a depression for the rest of the weekend.

The President of the Autonomous Government, Ángel Víctor Torres, chaired this Friday afternoon a coordination meeting in the face of the expected adverse weather phenomenon, which was attended by the Minister of Public Administrations, Justice and Security, Julio Pérez, and a representation of councils, municipalities and security forces, among others. Torres has been forced to cancel an official trip to El Hierro. “The heaviest rains of the last decade are expected”, warned the Canarian president in the subsequent press appearance. “The forecast is that Sunday will be a complicated day”, for which he has asked the population to prepare their homes before the arrival of the rains, clearing gutters and drains, as well as roofs and facades. Classes have been suspended throughout the archipelago next Monday. “Just because it doesn’t rain on Saturday doesn’t mean the storm won’t come on Sunday.”

In a video distributed on social networks, Julio Pérez has alerted the population and has asked for “prudence” and “attention”. Especially in the beds of the ravines and in the garages that are susceptible to flooding, for which he recommends taking the vehicles out before it rains. In addition, to people who are planning to take a flight this weekend, he suggests that they check with the airline before going to the airport.

The preparation work in the companies of the islands has multiplied throughout Friday, as the bad weather forecasts have been confirmed. “In the last few hours, we have notified all clients and staff, and we have moved all weekend activities indoors,” explains Tobias Bossecker, director of a four-star hotel in the municipality of Arona (south of Tenerife). ), who lists the steps he has followed. “We have secured everything that is likely to fly away, we check that the drains are clean and that the generator set is ready in case there are power outages.”

Iván Jaén, co-owner of the comprehensive logistics company CIF, in the El Goro industrial estate (Telde, eastern Gran Canaria), has designed a guard team to monitor the ship over the weekend: “We have dedicated Friday to sealing the front doors.” And he adds: “The last asphalt work has left us below street level and we are at risk of flooding. That is why, in addition, we have moved the goods to higher heights on the shelves and we have made sure that everything is on pallets”.

The alert has been growing as the days passed. At the beginning of the week, meteorologists already warned of the possible formation of this cyclone. The odds were increasing: from 50% on Wednesday to 60% on Thursday, and to 80% this Friday morning. This worsening of the panorama has led the Government of the Canary Islands to declare the maximum alert for rain, wind, storms and the risk of flooding from 00:00 on Saturday.

According to the latest forecasts of the autonomous Executive, the adverse meteorological phenomena will begin to affect the southwest of the western zone at first. As the weekend goes by, they will spread to the rest of the archipelago, with the possibility of strong storms, great electrical activity, precipitation and strong or very strong gusts of wind, and even hail with diameters greater than one centimeter.