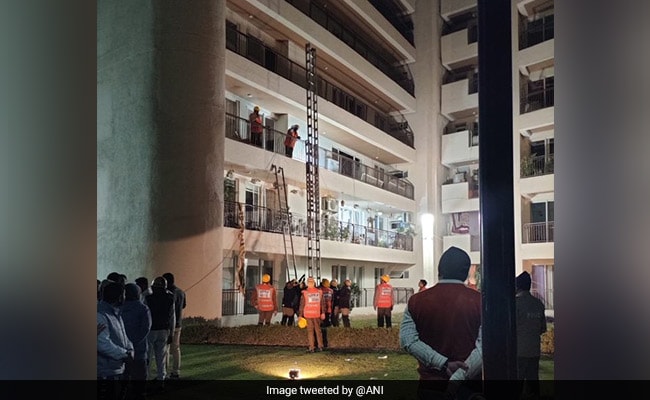 The incident occurred at the ‘Chintels Paradiso’ project in Sector 109, Gurugram in Haryana.

A day after the partial collapse of its residential tower in Gurugram that killed two people, real estate firm Chintels India said on Friday it is cooperating with local authorities in the “unfortunate” incident and will carry out a structural audit of the entire building. draft.

The incident occurred at the ‘Chintels Paradiso’ project in Sector 109, Gurugram in Haryana.

Police booked the builder and construction contractor for negligence, while the district administration ordered an investigation into the matter, according to authorities.

“This is an extremely unfortunate incident and we have taken it very seriously as the safety of our residents is our highest concern. Following preliminary investigations, we have come to learn that the mishap occurred during renovation work by a contractor who was conducting a resident in his apartment,” Chintels India CEO Prashant Solomon said in a tweet.

According to him, the company had carried out a structural audit last year following complaints about the project.

“We will initiate a second structural audit as soon as possible. In the event that defects are found in the structure, we will appropriately compensate affected purchasers or accommodate affected residents in alternative arrangements while necessary repair work is completed,” Solomon said.

He also said that the company is fully cooperating with the authorities and ensuring full support.

“…we will do everything possible to ensure that such incidents are not repeated in the future. We extend our deepest condolences and our full support to the families affected in this time of pain,” Solomon said.

Gurugram-based Chintels India has developed many housing and commercial projects in the Dwarka Highway area of ​​Gurugram.

Police Deputy Commissioner Deepak Saharan said: “FIR has been registered and the investigation is ongoing. Action will be taken according to law.”

The builder and the building contractor have been registered under Indian Penal Code sections 304A (causing wrongful death) and 34 (common intent) at the Bajghera Police Station.