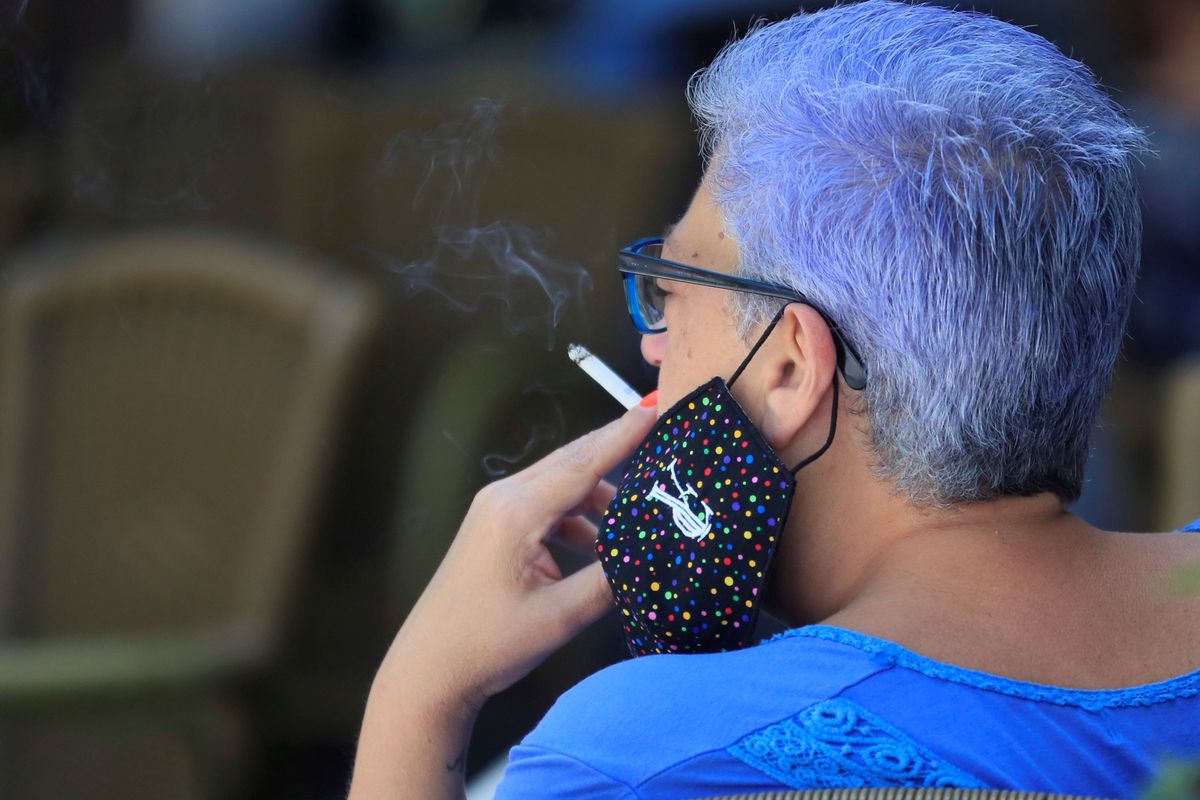 Table Of Contents hide
1. delay in strategy
2. Like this:

Time is running out. If the government wants to implement the anti-smoking rules it promised at the beginning of the legislature before it ends, the new national plan should be approved imminently, as it will trigger legislative changes that take months. The draft, which includes measures such as the expansion of smoke-free places, neutral labeling or tax increases, has been frozen since December, pending modifications that the Ministry of Health does not clarify. Given this paralysis, Catalonia has come forward, announcing this Friday that it will ban smoking on terraces in the coming weeks.

It is not clear what is the stumbling block Comprehensive Plan for the Prevention and Control of Smoking 2021-2025 which, as its date indicates, is already late. It is an extensive document: it touches on a wide range of measures that are the responsibility of several ministries, but neither the scientific societies nor the associations that fight against tobacco understand what the problem is so that it is not approved. “The Government has had all our contributions since December 2021,” says Ana Fernández Marcos, director of political advocacy for the Spanish Association Against Cancer and vice president of the National Committee for the Prevention of Smoking (CNPT).

Health does not clarify it. The minister, Carolina Darias, said this Monday that her department continues to work “on a series of modifications” and that she will take it to the Public Health Commission when she is “in a position to present it.” Her cabinet explains that she continues “the technical work of various departments.”

Probably the most visible measure of the plan is the expansion of smoke-free spaces. The text does not explain how it will be done, but organizations such as the CNPT propose to ban smoking on terraces of bars and restaurants, on beaches, expand the perimeters of the environments in which it is banned (schools, playgrounds or hospitals), in addition to doing so in places such as bus stops or shelters, where people have to stand still enduring smokers’ fumes without any rules to protect them.

It is a restriction that the autonomous communities can already implement. Aragón, the Valencian Community and the Balearic Islands do not allow smoking on terraces, since they prohibited it due to the pandemic. Compliance, however, is more than lax and surveillance is practically non-existent.

Other initiatives in the plan are the exclusive responsibility of the central government. Between them, some of the ones that have the greatest incidence in the reduction of smoking, such as generic packaging or tax increases. Packets without any type of logo or advertising of the brands have been seen for years in Australia, the pioneer country in this measure, to which a 15% reduction in consumption is attributed. Taxes in Spain account for 79% of the final price of the pack, on average in the European Union. The United Kingdom and France stand at 84% and 91%, respectively.

The third major pillar of the plan is based on limiting new forms of smoking, which are subject to more lax legislation than traditional tobacco. vapers or shisha they are often the gateway to smoking for the younger population, something the industry takes advantage of with promotions and sponsorships that cigarettes are banned in places like music festivals.

The step forward that Catalonia is taking also includes free nicotine replacement treatments for people with incomes below 18,000 euros per year. The unchecking of this autonomous community is viewed favorably by the scientific societies consulted by this newspaper, who believe that it could be an incentive for the others and for the Government itself. However, they say that is not enough.

“Anything that improves health is fine. We welcome you”, assumes José Luis Díaz-Maroto, member of the Tobacco group in the Spanish Society of Primary Care Physicians (Semergen). “But it has to be accompanied by a national strategy that is implemented throughout the country. Now each administration goes to their ball; There are municipalities that have banned smoking on the beaches, which is very good, but it would have to be generalized. And detoxification treatments should be free for the entire population, as is the case for other chronic diseases, such as hypertension or diabetes. Because smoking is a disease,” he adds.

The ban on smoking on terraces that Catalonia will approve has two positive aspects, in the opinion of the experts. On the one hand, the right of non-smokers to breathe cleaner air is respected. And, on the other, it serves to denormalize tobacco. “They give the image that it is not desirable,” says Rodrigo Córdoba-García, of the National Committee for the Prevention of Smoking. “That young people see that smoking is not normal; if people want to do it, they should move away a few meters from where there are other people on terraces”, adds Díaz-Maroto. It also solves a frequent problem now that the cold weather arrives: “Bars and restaurants set up practically closed spaces in the streets where people smoke, something that current legislation does not allow; the maximum is two walls (ceilings and a front), but there are some that even put a door on it. With a more forceful norm the confusion would end”.

The plan against tobacco is a government commitment that dates back to before covid. The coronavirus somewhat slowed its progress, but even in a pandemic, Salvador Illa promised to take it forward. So did his successor, Carolina Darias. As Ana Fernández Marcos recalls, it is an international responsibility in line with the framework agreement on tobacco of the World Health Organization. “It is a fundamental tool to achieve a generation free of tobacco from 2030, so that from that date young people no longer start smoking, as the European Union has proposed,” she says.

The laws of 2005 and 2010, which put an end to cigarettes in closed rooms, have become obsolete, according to all those consulted. They were highly effective: in 2009, there were 26.2% of people over the age of 15 who smoked daily, according to the European Health Survey. The figure fell to 19.8% in 2020. In that same period, the number of cigarettes consumed has been halved: from 2,368 million packs per year to 1,126 million. However, they are reductions that tend to flatten out. The Ages report, from the Ministry of Health, measures each year the percentage of smokers between 15 and 65 years old (the European has no age limit). Their figures show a decrease in daily smokers since the anti-smoking laws were implemented, but then there was a slight rebound and, in the last one, in 2019, there were already as many as in 2009: 32%. The data from these two studies show that young people continue to start smoking.

The new strategy could serve to “put Spain back at the forefront of the fight against smoking”, in the words of Fernández Marcos. “Catalonia is going to be a pioneer, but it is a shame that the rest of the State is lagging behind,” adds Fernández Marcos who, like the rest of those consulted, does not explain the delay in Health. “There are no excuses, communities as touristic as the Balearic Islands or the Valencian Community are prohibited from smoking on terraces,” he settles.

The Spanish Society of Epidemiology also urges Health to approve the strategy. “The framework is good, but it seems that a modification of the law is not on the near horizon, something that seems fundamental to us. We must bear in mind that Spain has lost places in the ranking in which strategies aimed at smoking control are assessed. We believe, therefore, that legislation should be advanced as soon as possible, especially in the prohibition of smoking in public places, such as hotel terraces or school environments”, says Mónica Pérez Ríos, from the tobacco working group of the society.