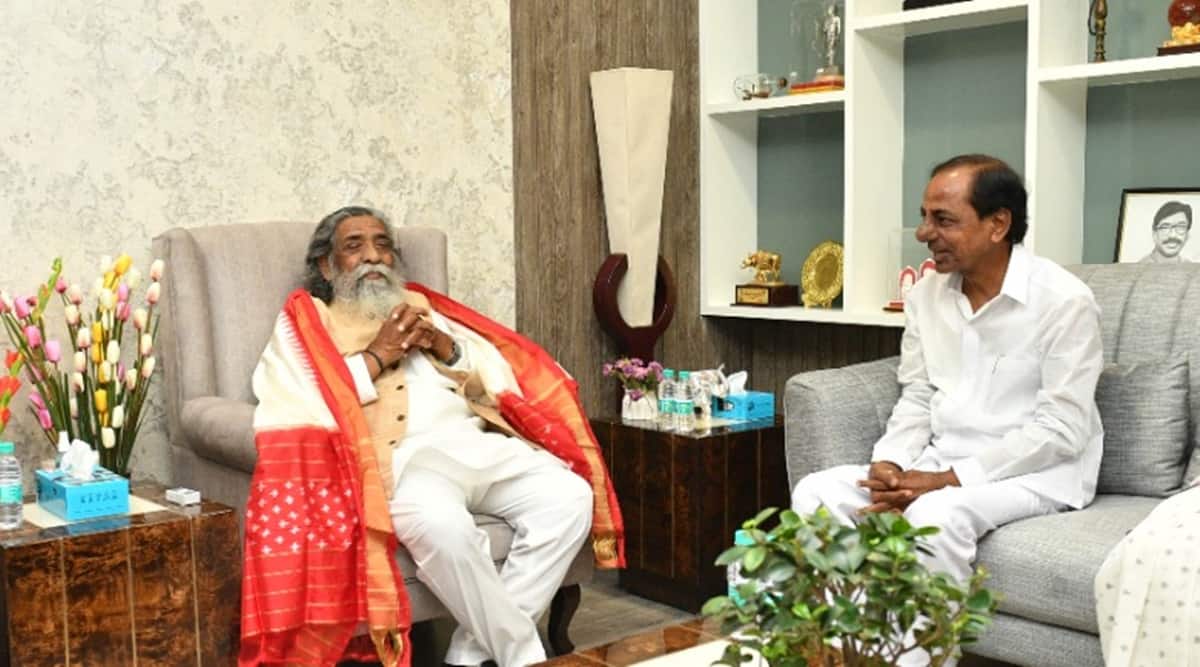 Telangana Chief Minister K Chandrashekhar Rao said in Ranchi on Friday that the central government was not running the country “properly” and needed to be “remedied”, adding that he had been talking to various leaders across the country to decide about the agenda, but denied that it was any “anti-bjp front, anti-congressional front, fourth front or third front”.

Rao was in Jharkhand to deliver the 10 lakh rupees checks he had announced he would deliver to the relatives of the two state soldiers who had been killed in the Galwan Valley clash with China.

Agitators to Administrators.
Blessed to be part of the discussion between two Sri India political stalwarts @ShibuSorenJMM ji and Sri KCR Garu who fought for their people and achieved the separate states of Jharkhand and #Telangana. @JharkhandCMO @JmmJharkhand @TelanganaCMO pic.twitter.com/baAaeDEGtU

knew the bug Jharkhand Mukti MorchaShibu Soren and addressed the press, where he recalled that Soren was the first guest at the launch of his party’s protest for a separate state of Telangana in 2001. “I told him that talks are being held with different leaders in the country. I want to say that 75 years after independence, development has not reached the height it should. We are still behind in many parameters. China has developed, just like other countries. And today the government that runs the country is not doing it properly. It has to be remedied and we talked about it”. He added that he had been discussing the agenda with various leaders.

When asked if it was an agenda for an anti-BJP front, he refused to give it a name. “We are very clear that India needs to be steered in a better direction and an attempt is being made and people are discussing this. There is no anti-BJP front, anti-Congress front, fourth front, or third front. What will be, will be known. It is true that development has not happened and something new needs to be done.” However, he said there was still no clarity on which direction the agenda should take.

Later, Jharkhand Chief Minister Hemant Soren said, “KCR is a political person.” His meeting with Shibu must be seen in that context, he added.