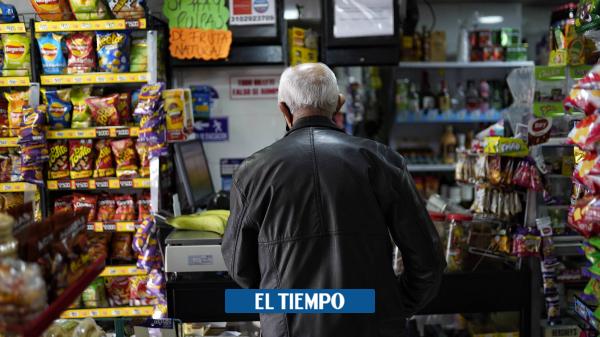 Table Of Contents hide
1. What Did Tax Say About ‘Junk Food’?
2. This is a preliminary list of products that were to be taxed:
2.1. Like this:

small business will not pay income tax highly processed foods Which is proposed in the new government’s tax reform and who wants to collect 25 billion pesos.

This was confirmed by the Finance Minister, Jose Antonio Ocampowho assured that they have simplified the initial proposal in the bill so that it does not affect small stores like bakeries.

“We’re going to propose an exception for small businesses like bakeries, so that they don’t have to pay this tax and it’s big companies or importers of these products,” he said at a hearing. Regional public on the project in Cali.

ocampo They also explained that they are limiting the number of products that will have to pay this tax based on the amount of sugar and sodium they have.

(You can also read: Increasing the tax on cigarettes will lead to prohibition: FND Discussion,

What Did Tax Say About ‘Junk Food’?

The reform proposes the creation of a tax on the consumption of produce for the subsequent sale and import of ultra-processed foods with a high content of added sugars, considering the potential effects on the health of Colombians derived from the consumption of these products. Is.

Notably, the national tax on consumption of ultra-processed foods with high content of added sugars would be commensurate with a tax at the rate of 10 per cent on the sale price of the goods, which would be collected by the manufacturer. factory delivery or plant for distribution and later sales.

This is a preliminary list of products that were to be taxed:

1. Meat and edible meat offal, in salted, salted, dried or smoked; Edible flour and meal of meat or offal.

2. Sausages and meat, offal or products similar to blood; Preparation of food on the basis of these products.

3. Other preparations and preserves of meat, offal or blood.

9. Waffles and wafers, including fillings and waffles.

13. Cocoa powder with sugar or other sweetener.

15. Chocolate-covered fruit and/or other confectionery and pastry products, and
Other food preparations that contain cocoa, not in blocks, tablets, or bars, and to which sugar or other sweeteners have been added.

18. Milk based desserts including betel nut.