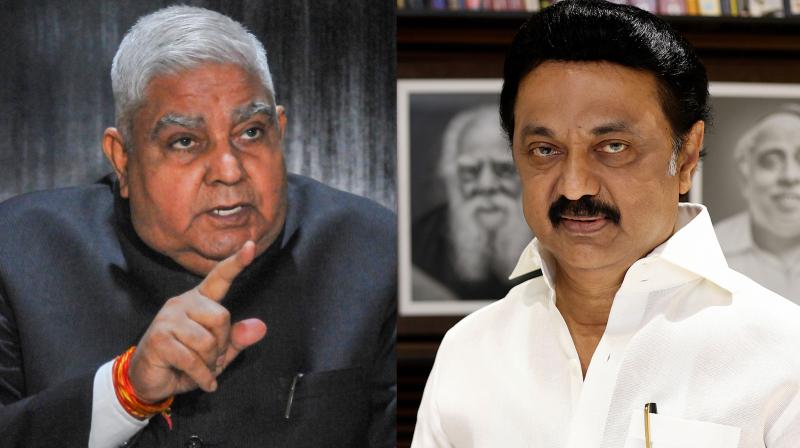 Chennai: While Chief Minister MK Stalin said on Sunday that West Bengal Governor Jagdeep Dhankhar’s act of proroguing the Assembly is ‘without any decorum’, the latter said that the House was prorogued at the request of the government and that The Tamil Nadu Prime Minister’s comment was harsh and not based on fact.

Stalin tweeted: “The #WestBengal Governor’s act of adjourning the World Bank Assembly session has no property expected of the exalted post and goes against established norms and conventions.”

The Chief Minister of Tamil Nadu further said, “The ‘symbolic’ head of state should be the role model to uphold the constitution. The beauty of democracy lies in spreading mutual respect among all.”

In response to Stalin, Dhankar on his official Twitter account said: “I find it unusually convenient to respectfully invite the indulgent attention of TN CM @mkstalin that his extremely harsh and hurtful remarks do not in the least conform to the order attached to the facts. The meeting was extended at the express request @MamataOfficial @rajbhavan_tn.”

Dhankar also published an official communication about it.

Governor Dhankhar had adjourned the Assembly from Saturday as per the recommendation of the state government.

Trinamool Congress spokesman Kunal Ghosh said: “The governor did not make the decision on his own initiative. He has prorogued the Assembly following the recommendation of the Cabinet. There is no confusion about it.”