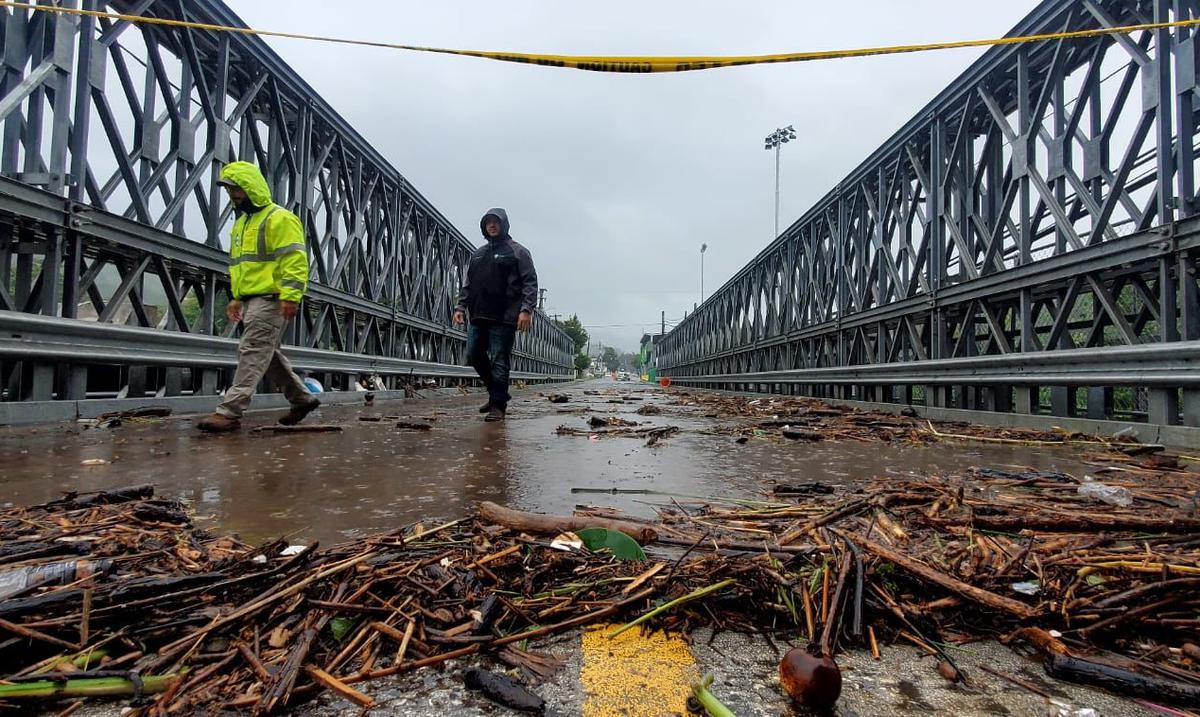 Several municipal officials in the Southwest affiliated with the Union of Puerto Rico Mayors demanded that the central government not impose a limit on the emergency fund as its allocation of $250,000 was reduced due to damage caused by Hurricane Fiona.

In addition, he condemned that no municipalities had received supplies to distribute to those affected, and for this reason, he demanded that states prioritize the sector in response to the emergency, pointing out that the state And the federal government bureaucracy is responsible because the infrastructure was unprepared to face another disaster, leaving the city without essential services.

The mayors of Ponce, Adjuntas, Guánica and Luquillo, president of the union of mayors and Luis Javier Hernández Ortiz, mayor of Villalba, said that “While we are in solidarity with all of us, the reality is that the southwest of Puerto Rico was the biggest impact and we have to prioritize the response of those in this country who were hit hardest by the storm.”

“Right now, we have communities that do not have water and need generators and PRASA has not installed one yet. We are not blaming him, we are installing generators, but we are not enough. We need to know the roadmap of the main agencies as to what the response was going to be in the recovery,” he explained.

Similarly, he clarified that the situation is no longer the same as it was after the passage of Hurricane Maria five years ago, because “the damage to energy infrastructure caused by Fiona is not comparable.”

“I haven’t seen images of towers on the ground like I saw with Maria. If the transmission lines are in perfect condition, we’re going to think they may have minor damage; LUMA has them to review and repair.” That’s enough time. It’s been three days. What is LUMA waiting to ask PREPA to turn on the generator and start generating?”, he said.

“I know turning on a generator is not overnight, I don’t want to think so, because we are blaming ourselves, our citizens spend more days without electricity, and many aqueduct systems need energy to function. Water is more important to us than electricity. My appeal to PREPA and LUMA is that, in an emergency, no one blames himself and does not go to work,” he said.

He also stressed that “people are already asking for electricity and water.”

“If there are areas that are going to take time to become active, it is necessary to work with the AAA so that they can install generators immediately. According to Doriel Pagan there were contracts for difficult areas”, he said.

Regarding the complaint by the mayor of Jayuya, Jorge González, that the city had not received supplies from the state, Hernández Ortiz suggested that National Guard To deliver them without requesting them through Form 113.

“There are procedures and there are procedures. We are clear that there are some things that have to be filled in the form so that it can be documented. But when that is happening, I suggest the government activate the National Guard and start bringing supplies to the municipalities Nothing; no supplies, no fuel,” he confessed.

He insisted that “people cannot continue to wait.”

“To say that a billion dollars has been allocated to this country and important projects have not yet been completed is gross negligence. As mayor, how are we going to respond to our residents regarding the reconstruction work? With what hope are we going to receive a declaration of a major disaster if the money is not expedited to convert it into work?”, he questioned.

“We have work on secondary and tertiary highways that are still landlocked from Maria, when in my particular case, I have a community in the Epidero neighborhood that took me three weeks to get there during Hurricane Maria and now it That’s it,” he lamented.

In the interest of improving future response, Hernández Ortiz established that the central government transfers resources to municipalities so that they can meet the immediate needs of citizens.

that’s why he asked Department of Transport and Public Works (DTOP) To sign a memorandum of understanding, so that in the event of a major disaster, “it is the municipalities that activate these projects.”

“Waiting five and six years for a landslide is enough. There are Hugo and Georges landslides in my municipality that have not been worked out. We are going to have an MoU so that municipalities can activate these projects in case of a major disaster.”

Similarly, he mentioned the problem of petrol not reaching the south, leading to gas stations shutting down and long queues.

The telecom sector was also not spared.

“For a family that lives in rural areas that has no water or electricity, but cannot communicate during an emergency, it is devastating. Millions have been invested and communication is disastrous. The company which knows that it has not provided the service that has been earmarked for its number”, he insisted.

In connection with the crisis triggered by the floods in Salinas, Hernández channeled the resources of the mayors’ union to obtain clothing and basic necessities, and thus channeled them so that they could reach the hands of the victims.

“She (the mayor of Salinas) needs humanitarian aid: clothing, personal items for the families who lost everything. The same thing has happened in other cities as well and the union of mayors is ready to take help and take it where it is needed”, he said.