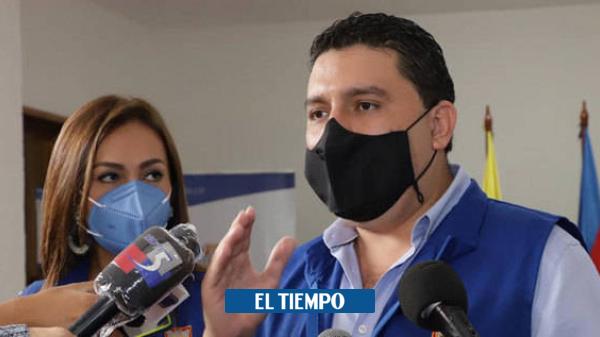 Congressmen and officials have begun to resign from their positions in order to be able to aspire without inconvenience to the regional elections that will take place next year.

One of the first to do so was Senator Rodolfo Hernández, who will be in Congress until October 25.

(You can read: Rodolfo Hernández and the chronicle of an opposition that was not)

His colleague from the ‘U’ Party, Berner Zambrano, has also already resigned in which he assured: “Be certain that I will continue to work with dedication and commitment in political activity, which is no different from serving our communities , especially Nariño, a department with great inequities”.

(Also: Julio Vidal, brother of ‘Ñono’ Elías, would occupy a seat in Congress)

To these two is added someone who, although he does not belong to Congress, has a link with its president: Roy Alejandro Barreras Cortés, the son of Roy Barreras.

Barreras Cortés is a political scientist and has a specialization in public law. It transpired that this Monday he would resign from his position as director of the Administrative Planning Department of the Cali Mayor’s Office. In his networks he already started to say goodbye.

“To Jorge Iván Ospina (mayor of Cali) gratitude for allowing me to serve my city. We have worked tirelessly for 1,026 days to make Cali a more orderly, equitable, competitive and sustainable city. Serving you has been the greatest privilege and the greatest joy of my life,” he wrote on his Twitter account.

Barreras Cortés also said: “To my cabinet colleagues, thank you for your friendship and support. To the wonderful human team of DAPMCali, who worked tirelessly with me, thank you. Do not abandon the projects that we so much need to transform the city. Without them, we would not these achievements would have been possible.

A @JorgeIvanOspina gratitude for allowing me to serve my city. We have worked tirelessly 1,026 days to make #Cali a more orderly, equitable, competitive and sustainable city. Serving you has been the greatest privilege and the greatest joy of my life.#WeLoveCali

The cause of his resignation could be his possible intention to aspire to a popularly elected position next year, since in 2023 the elections for governors, mayors, deputies, councilors and mayors will be held.

This scenario is not new to him. Between 2012 and 2015 he was part of the Cali Council. He ran for the ‘La U’ Party and had the highest number of votes in the group. He is close to his director, Dilian Francisca Toro, since she was director of Planning for Valle del Cauca when she was governor.

(You can continue reading: After the withdrawal of controversial articles, discussion of the law for ‘total peace’ begins)

There is talk that he could be one of the candidates for Mayor of Cali.