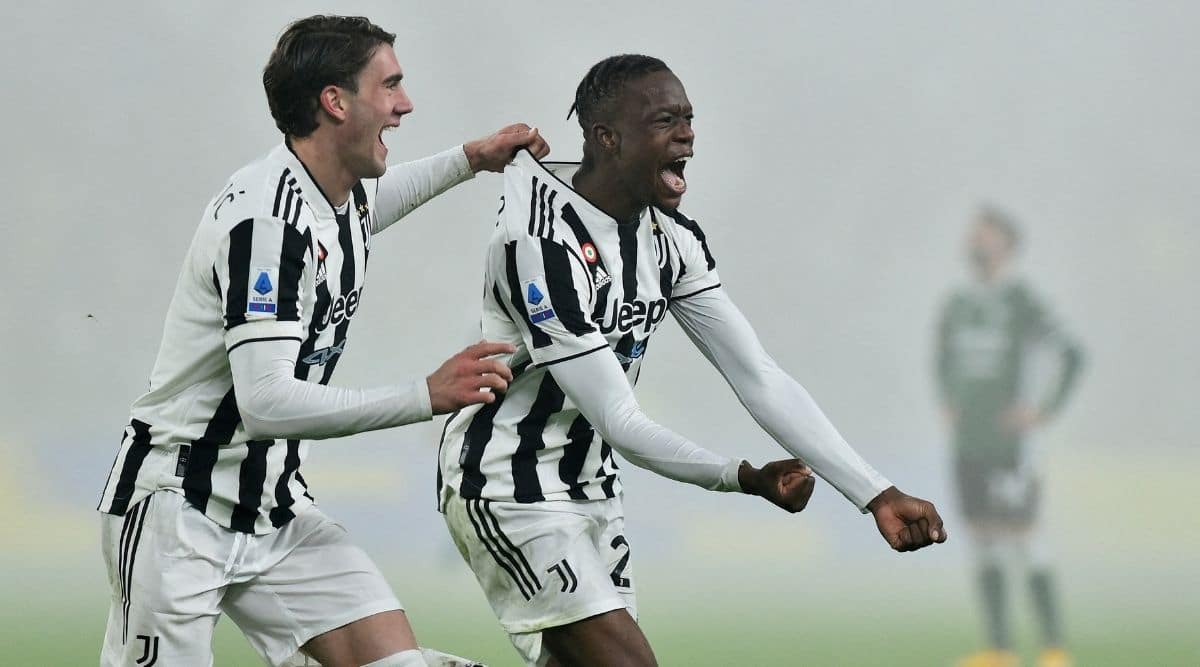 Dušan Vlahovic made a dream debut for Juventus, scoring the opening goal in a 2-0 win over Verona in the Italian league.

The coveted striker completed a 70 million euro ($80 million) transfer from Fiorentina on Jan. 28 on his 22nd birthday. At his new club, he wears the number 7 jersey vacated by Ronaldo.

He is the top scorer in Serie A along with Lazio’s Ciro Immobile with 18 goals.

Another new Juventus signing, Swiss midfielder Denis Zakaria, who joined from Bundesliga side Borussia Mönchengladbach, doubled the lead with a low shot past Montipo in the second half.

Juventus moved to fourth place in the standings with 45 points, Verona is ninth with 33.

Napoli and Milan are a point behind Serie A leaders Inter Milan after Milan came from behind to beat city rivals 2-1 on Saturday. Inter has a pending match.

Osimhen, 23, who suffered a serious injury in a clash of heads with Inter’s Milan Skriniar in November, headed the opening goal in the 58th minute. It was the sixth Serie A goal for the Nigeria international this season and the 10th in all competitions. He returned to the team after an injury last month.

In a lively finish, defender Tyronne Ebuehi received a straight red card following a VAR review for a high tackle on Dries Mertens five minutes after injury time before substitute Andrea Petagna made it 2-0 another five minutes later. .

Earlier in the game, Ebuehi and referee Maurizio Mariani needed treatment after colliding on the pitch.

Venice is ranked 18th in the ranking.

In another late drama, Torino’s Rolando Mandragora received his second yellow in the second minute of stoppage time for bringing down Mato Jajalo.

Substitute Nahuel Molina took the free kick before another substitute, Ignacio Pussetto, converted from the penalty spot for Udinese’s second.

Udinese is 14th while Torino is 10th.

Another relegation-threatened team, Cagliari, won three important points after an upset 2-1 win against Atalanta with 10 men to move into 17th place. Atalanta dropped to fifth.

In a game between teams hit by COVID-19penalties and injuries, Gastón Pereiro scored both goals for Cagliari in the 50th and 68th minutes.

Just two minutes after Pereiro’s first goal, Atalanta goalkeeper Juan Musso brought Pereiro down outside the penalty area following a defensive error and was sent off.

The hosts still managed to equalize through José Palomino’s header before Pereiro collected a perfect cross from Raoul Bellanova at the far post to stun Atalanta with his second.

In Genoa, Stefano Sensi scored for Sampdoria in a 4-0 thrashing of Sassuolo on his debut after joining the team on loan from Inter in January.

Francesco Caputo opened the scoring after five minutes against his former club, and Sensi doubled the lead two minutes later. Andrea Conti made it 3-0 in the second half before Antonio Candreva struck in stoppage time from the penalty spot.