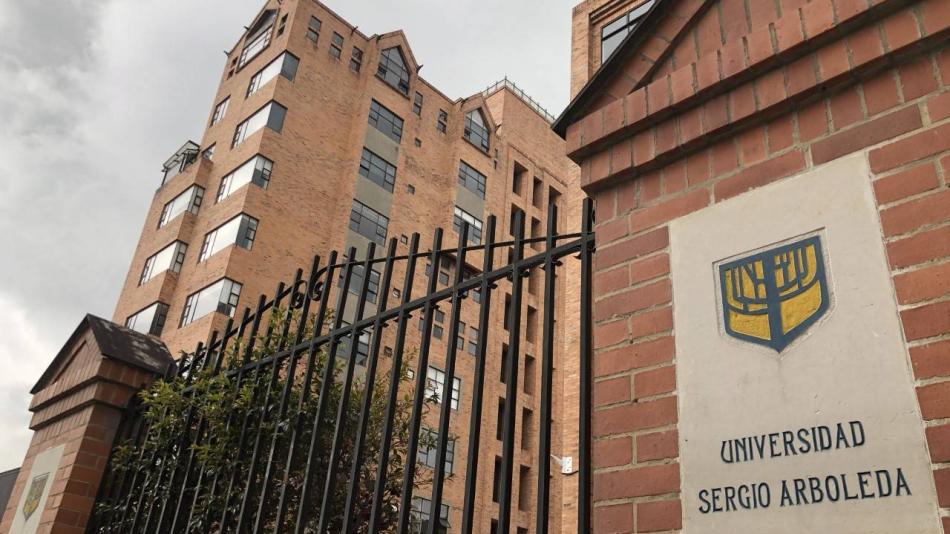 Table Of Contents hide
1. In the words of the Sergio Arboleda University, what arguments does the Ministry have to order preventive measures and remove the high-quality accreditation?
2. But the accusations that unleashed the scandal are others. What about the indications of parallel payroll, contracts and payments to teachers who do not teach classes, administrative and hiring irregularities, among others?
3. Not even the controversial contract with today’s prosecutor Francisco Barbosa, about which the complainant says he received payments as a teacher without teaching a class?
4. There is also talk of irregularities committed by the rector Rodrigo Noguera…
5. Would these measures affect students in any way?
6. How long do you expect to recover the accreditation?
7. What are you worried about?
8. Without high-quality accreditation, has Sergio Arboleda not thought of lowering the price of registrations?
9. Like this:


After losing the high quality accreditationthe Sergio Arboleda University says that this decision was based on governance and administrative issues, and not in the complaints of parallel payrolls, irregularities in contracts, among other accusations which was the object of Leonardo Espinosa, who was dean of the Faculty of Law of the Alma mater.

This was explained to EL TIEMPO Germán Quintero Andrade, current academic vice-rector of the institutionwho referred to the preventive measures ordered by the Ministry of Education, which stripped the university of its high-quality accreditation.

Despite the fact that not only Espinosa but also other former teachers and students maintain that there have been irregularities in contracts, according to Quintero, these have not taken place, and he even points out that Ministry of Education did not find such shortcomings, and that the measures are due to other issues.

In the words of the Sergio Arboleda University, what arguments does the Ministry have to order preventive measures and remove the high-quality accreditation?

The university was subjected to accusations last year, and that led to a visit from the Ministry. All the explanations that come to the case were given. On August 5 the The National Government signs a resolution that decrees a preventive measure. Not a sanction or an intervention.

This measure tells us that we must make and specify an improvement plan with Miniducación, thing we are doing. Many things have been said about this scandal, but the truth is that the resolution is supported by two things: the first, that in the Board of Directors of the university there is not and never has been representation of students and facultywhich the Government considers to be ideal for better governance.

The second is that a financial issue. In 2017 we had problems, but even that year we had no liquidity. However, the resolution says that there could be a risk of illiquidity, it does not say that it is illiquid. Currently, our current assets could cover twice the current liabilities. We consider that this institution is quite liquid, but if the Ministry considers that we should be helped to make the situation even better, then we accept it.

That gossip that we have economic problems is very serious, but that is not true. We have asked to review the measure, because in our opinion there are no problems.

But the accusations that unleashed the scandal are others. What about the indications of parallel payroll, contracts and payments to teachers who do not teach classes, administrative and hiring irregularities, among others?

All that does not exist. None of this supports the Ministry’s decision. Nothing about hiring or other aspects. The explanations we gave, for six months, I understand were sufficient because the resolution does not refer to these things.

Not even the controversial contract with today’s prosecutor Francisco Barbosa, about which the complainant says he received payments as a teacher without teaching a class?

The relationship, the contract, that we had when I was a presidential adviser was given with the highest professional level. During his prosecution we have not had any employment relationship as a teacher. He gave us some lectures and some graduate classes. That is all. It was carried out in accordance with the contract.

What has been referred to as parallel payroll was accepted and recognized by the Ministry that was carried out legally, that what was being paid were certain tasks.

These accusations were largely against the rector as a natural person, nothing to do with college.

Would these measures affect students in any way?

In no way will it affect the students. First, because the measures were not taken for an academic issue, but for governance and financial issues. Second, because a high-quality recognition was withdrawn, but not the qualifying records which are the accreditations that allow us to offer an academic program that in itself must meet quality standards.

High quality accreditation is a recognition but not a requirement to operate and offer professional degrees. In Colombia, more than 200 universities are not institutionally accredited, but they can still offer undergraduate and postgraduate degrees.

How long do you expect to recover the accreditation?

We are in the process of preparing the improvement plan that must be approved by the Ministry. After being presented, the degree of compliance we have with the issues for which the measure was applied will be analyzed. We consider that most of these issues have been met, so we hope that the order will be lifted in the first term. How long it will be, we don’t know for sure.

What are you worried about?

We are concerned about the impact this news may have on enrollment and enrollment. The reputational issue, with this news, is seriously affected. There has been confusion on the subject and that may affect the number of students. That is why we want to clarify that none of this affects the academic quality of the programs or their offer.

Without high-quality accreditation, has Sergio Arboleda not thought of lowering the price of registrations?

No way. The operation in universities is expensive. In addition, one of the recommendations that the Ministry of Education gives us is precisely that we improve financial support. If we lower prices, the university would be unviable there.

– How much does it cost to study for a professional degree in the USA?

– Unpayable? The most expensive university courses in Colombia

– ‘The Seine will overturn the peasant economy’: Jorge Eduardo Londoño

Daniel Zavala-Araiza: “The one in the Baltic is probably the largest point leak of methane in history”

The struggle of ostomy patients: “It is not worthy to enter a bathroom on your knees”

Portugal tries to save a public health in critical condition