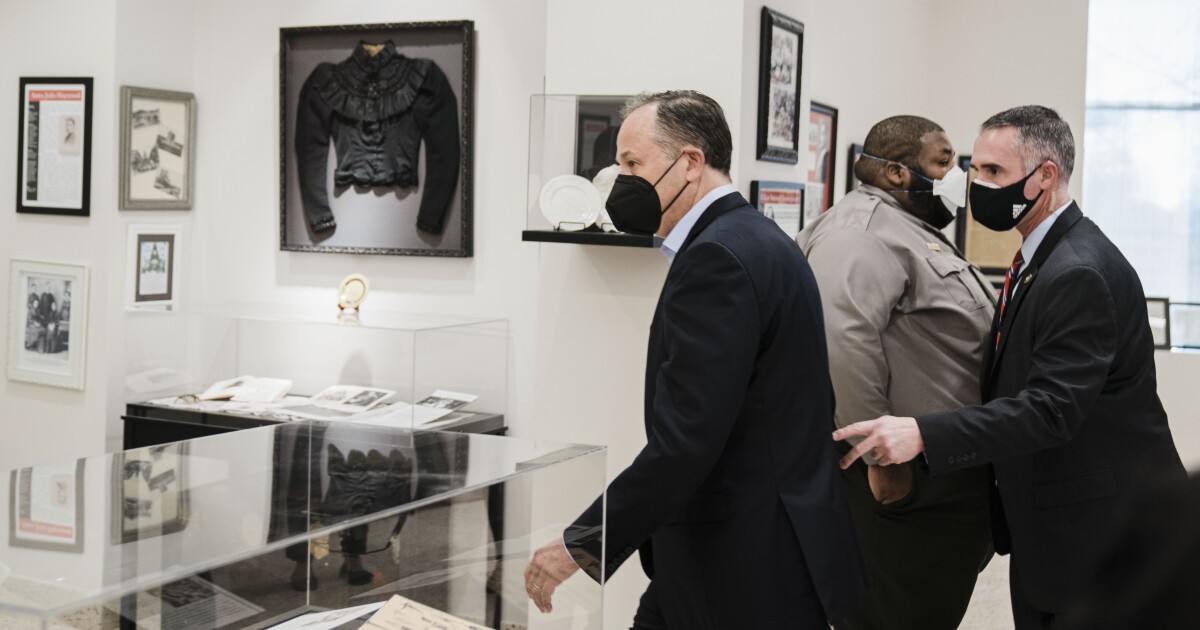 Doug Emhoff, the husband of Vice President Kamala Harris, on Tuesday was abruptly pulled from an event at a Washington high school after school officials received a phone call threatening to set off a bomb, authorities said.

Police said Dunbar High School’s front desk received the threat at 2:15, with the caller asserting everyone in the school “had 10 minutes to leave” the building before the explosive detonated.

School officials passed along the information to the Secret Service, which evacuated Emhoff three minutes later from the Black History Month event, said Ashan Benedict, a spokesman for the city’s Metropolitan Police Department.

Reporters attending the event watched as a US Secret Service agent turned to Emhoff and said, “We have to go,” before hustling the second gentleman away.

Benedict said police had no indication the threat was related to Emhoff or his visit to the school.

Within minutes, students and teachers were also ordered to evacuate, about an hour before the school day ended.

“Once all the students were safely taken out of the school, our folks went inside and conducted their sweeps,” Benedict said. “There is no ongoing threat.”

Katie Peters, a spokeswoman for Emhoff, said in a tweet that the second gentleman was safe. The “Secret Service was made aware of a security threat at a school where he was meeting with students and faculty,” she tweeted. “Mr. Emhoff is safe and the school has been evacuated. We are grateful to Secret Service and DC police for their work.”

Emhoff was expected to meet with students completing an oral history project that connects their family histories to Black history.

The bomb threat underscores the potential safety risks faced by top White House officials, especially Harris, who is the first woman and first Black person to become vice president. She is among the top targets of online harassment. It is the first known time a member of the second family had to be evacuated because of a security threat since taking office.

Harris was evacuated from the Democratic National Committee after police found a pipe bomb planted near the building in the hours before the Jan. 6, 2021, insurrection at the US Capitol.

Emhoff was involved in a 2019 incident during the presidential primary when he helped remove an animal rights protester who jumped onstage during an event and grabbed Harris’ microphone.

The incident comes weeks after a torrent of fake bomb threats against public schools and historically black colleges and universities around the country.