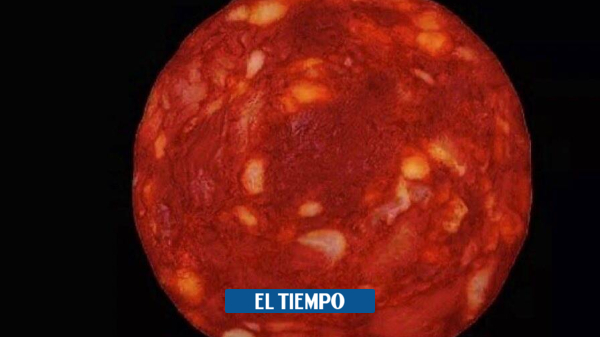 Table Of Contents hide
1. Etienne Klein’s Reformation
2. more news from trends
3. Like this:

A French scientist on Sunday published a picture of a piece of sausage on a black background and claimed it was an image of the star closest to the Sun.Taken with the new James Webb Space Telescope (JWST).

,The closest star to the Sun, Proxima Centauri, is located at a distance of 4.2 light years from us. It was taken over by JWST. What level of detail… a new world unfolds day by dayPhysicist Etienne Klein wrote on Twitter.

(can read: How do astronauts go to the bathroom in space without making the mess of weightlessness?,

Everything spiraled out of control as digital medium HuffPost released the photo, sharing the false news that it was a celestial body. About 2000 in publication. were also retweet and over 13,000 Likes,

(We recommend that you read: This will be the luxury capsule in which you can travel outside the earth,

Of course, he apologized for the joke, though he clarified that the purpose was served: Encourage caution about images being circulated on the network and it is easy for false news to flourish on the Internet.

A hoax (fake news) has an educational value. It speaks to our ability to deceive, questions our relationship with sources

,I have only apologized to those who have been defamed by my slap, which was not original at all. I only intended to be careful about images that seem to speak for themselvesPhysicist Etienne Klein tweeted on Wednesday.

(We recommend that you read: Astronomers capture radio signal from another galaxy,

In this regard, the expert assured in an interview with AFP that he could not believe it and found the exercise interesting, he did not think that it would fool so many users.

“I was shocked by the extent of the dissemination: I thought the image would be immediately recognized as fake. And when I saw a prominent reporter of ‘BFMTV’ (French 24-hour news channel) getting excited about the subject And that he was running the risk of spreading it, I told him it was a joke. He took it with a lot of humour,” Klein concluded to the French news agency.

– The papers from which we remember Diego Berti in Colombia

– ‘They’re going to take me out for a fool’: Police in the middle of an argument with a mother

– ‘I can’t believe it’: This is how friends and co-workers fire Peruvian actor Diego Bertie

– The hidden romance between Diego Bertie and Jaime Bailey, who met after almost 30 years

trend weather
*With information from AFP