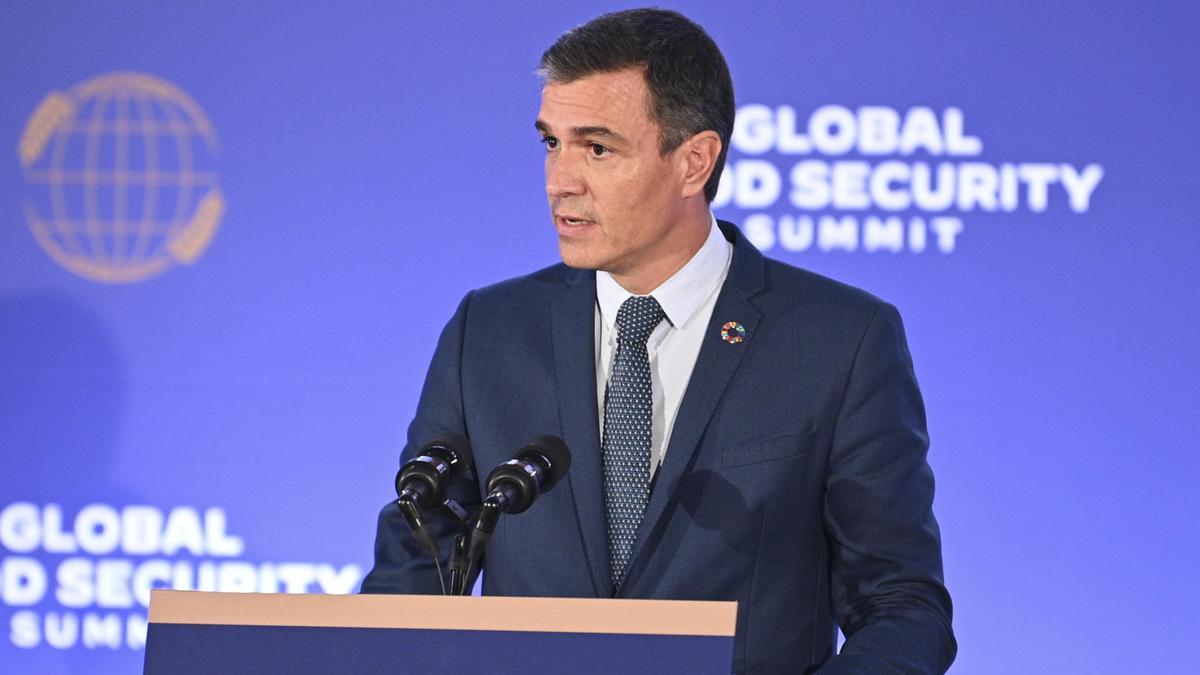 
Pedro Sánchez fully immersed himself this Thursday in the debate on the tax reduction that the president of Andalusia, Juanma Moreno, has opened on channel this week but not only to position himself against but to stir up the underground war between the Andalusian president and his party partner, the Madrid leader, Isabel Diaz Ayuso. Moreno chose this Monday, precisely Madrid, to announce the elimination of the Wealth Tax, a measure in force for years in this community.

In the appearance before the media that closes his trip to New York to participate in the UN General Assembly, the chief executive defended that the race in which territories such as Andalusia or Murcia have entered, where they also value removing this tax , “benefits the most powerful territory”, which is “Madrid”, driven by the so-called “capital effect”. “No person with great assets is going to change their residence from Madrid to another place”defended Pedro Sanchez.

In Andalusia they pursue just this: that 7,200 entrepreneurs and income with high purchasing power choose to register there. A decision designed above all to recover and attract those who have been seduced by Madrid’s continued low-tax policy. It is, the Board recognizes, speak “you to you” to the capital of the country.

But, according to the Prime Minister, this claim is wrong because Madrid, as the economic and political center of Spain, has an attraction that is impossible to match. “They should bet in another way,” he said, such as promoting health and education. This recommendation was not accidental. Sánchez linked the payment of taxes with the strength of the welfare state and argued that if anything has been demonstrated by the pandemic, it is the need for “quality” health and public education. “We need everyone to contribute according to their resources,” he said, just as the Ministry of Finance has just announced a temporary tax on large fortunes.

“The government has always understood that Spain’s main challenge is inequality,” he assured, to then evoke an anecdote between Ronald Reagan and Olof Palme, in which the former told him why he wanted to put an end to wealth and the latter he replied that his goal was to reduce inequality, not wealth. For “social justice” to exist, “fiscal justice” is neededSanchez summed up.

He also censured that the communities enter into a downward tax competition -Andalusia has also announced a reduction in personal income tax- while at the same time requesting financial resources from Europe and the General State Administration. “It doesn’t make much sense.” At such a difficult time due to the ravages of the pandemic, Spain has had 140,000 million euros (from European funds) from the “solidarity” of the EU.

No reply to Page

The president did not want to enter to assess the statements of Emiliano Garcia-Pagethat in an interview in El Mundo he questioned the campaign of criticism of the leader of the opposition, Alberto Núñez Feijóo, which Sánchez himself heads and thus broke the image of cohesion that the PSOE has tried to transfer, with a rally in Toledo with the Castilian-La Mancha leader and an act last Saturday with all the territorial leaders.

“I joined the military in 1992 and after 30 years I have rarely seen as much unity as the PSOE has now“He assured, considering settled an issue that neither the government nor the party wanted to give more relevance despite having caused quite a bit of discomfort.