Samsung has announced the highly anticipated Galaxy S22 Ultra, its latest flagship Android smartphone with a built-in S Pen stylus. With the Galaxy S22 Ultra, Samsung is merging the iconic Note line with the Galaxy S series, marking the end of the Note franchise as we know it. The merger of the Galaxy Note and S lines will give Samsung an edge over its rivals and justify the high price it charges for its flagship smartphones.

Last year’s Galaxy S21 Ultra was the first Galaxy S-series phone to support the S-Pen, but there was no place to store the stylus and you had to buy it separately. The inclusion of the S-Pen means that the Galaxy S22 Ultra becomes more suitable for creative and productivity-oriented tasks. With reduced latency, the S-Pen feels more natural when used for tasks like drawing and note taking.

The Galaxy S22 Ultra comes with a built-in compartment to store the S-Pen. (Image credit: Samsung) The Galaxy S22 Ultra has a 6.8-inch display with a Dynamic AMOLED panel and a 120Hz refresh rate. That would make it about the same size as the Galaxy S21 Ultra. Weighing 229g and measuring 77.9mm x 163.3mm x 8.9mm, the S22 Ultra is built like a tank. For added strength and durability, the phone uses Gorilla Glass Victus+ on the front and back. The back panel has four lenses that protrude independently of each other.

Samsung uses both its own Exynos chipset and Qualcomm processors in its phone, and this year will be no different. The Galaxy S22 Ultra is powered by Samsung’s new Exynos 2200 processor, an entirely new chip created in collaboration with AMD. The chip has a new graphics processing unit (GPU), which the company says will bring a huge boost to gaming and overall graphics performance.

Meanwhile, other markets are likely to get a variant with Qualcomm’s Snapdragon 8 Gen 1 processor. The Galaxy Note S22 Ultra comes with a 5,000mAh battery and 45W fast charging. The more expensive Galaxy S22 Ultra will have four cameras on the back: a 12MP ultrawide camera, a 108MP wide camera, and two 10MP telephoto lenses. A 40MP camera adorns the front of the smartphone. Samsung said the S22 Ultra’s cameras are smarter and perform even better in low light, especially during video recording. 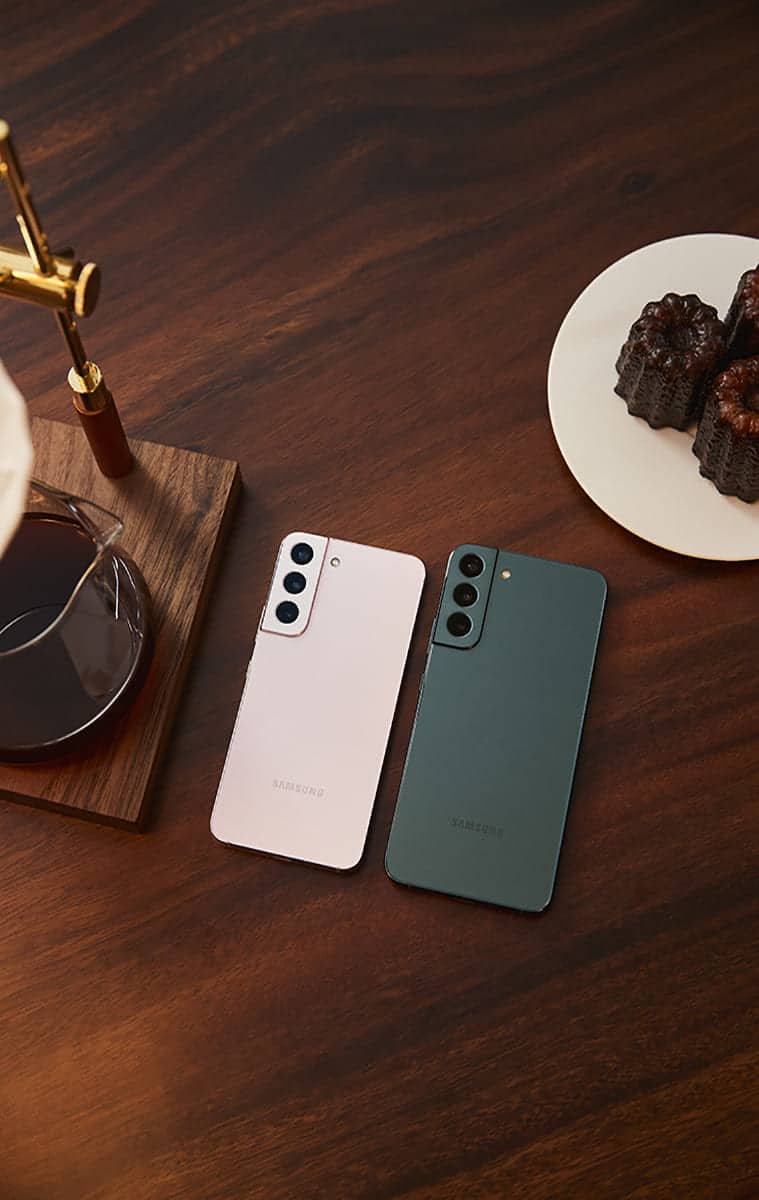 Side by side comparison of the Galaxy S22 and S22+. (Image credit: Samsung)

In response to the iPad and iPad Pro, Samsung will challenge Apple with three new tablets in its Galaxy Tab S8 series: the Galaxy Tab S8, S8 Plus, and S8 Ultra. Of the three, the Galaxy S8 Ultra has a whopping 14.6-inch display with a resolution of 2960 x 1848, making it larger in screen size compared to the 12.9-inch iPad Pro. 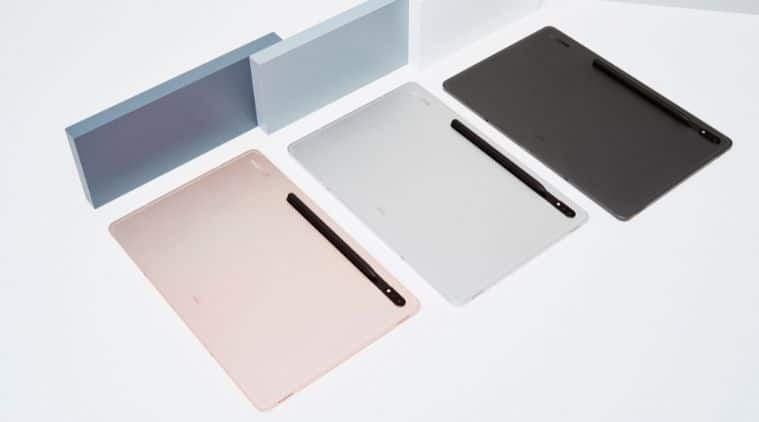 All three tablets are powered by a 64-bit 4nm octa-core processor, with support for Wi-Fi 6E and 45W fast charging. The new and improved S Pen stylus that “uses a prediction algorithm for ultra-low latency” comes inside the box.

The announcements came at Samsung’s biggest marketing event, where it unveiled its flagship smartphones, showcasing an aggressive approach to take on the competition. Samsung has been under intense pressure from Apple as well as Chinese smartphone makers like OnePlus, Realme and xiaomi. Its main competitor in the premium smartphone market remains Apple, which is undercutting the South Korean maker in India, where the iPhone maker offers deep discounts on old and new models.

Apple, compared to Samsung, is a small player in the Indian smartphone market, but it absolutely dominates the high-end segment. Analysts believe that Samsung made the right decision by merging the Note line with the S series. Since sales of the Galaxy S21 series were lackluster and the current chip shortage is far from over, the combination of the Note series lines and S will only help Samsung streamline its already crowded flagship smartphone offering.